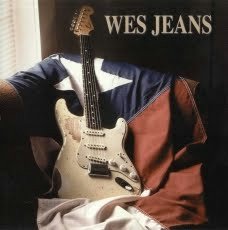 From the opening number it is obvious that Jeans was heavily influenced by Jimi Hendrix as well as by fellow Texans, Johnny Winter, Stevie Ray Vaughan and Freddie King. Each track mixes raw, highly energetic texas blues with Hendrix’s style rock and a little memphis funk. In addition to his fine guitar playing, Jeans offers some able smokey and throaty vocals beyond his young age.

There are a couple of rough spots on the album which are only noticable when comparing a particular tune with the same tune performed by a more seasoned artist. For example, compare “Drownin’ on Dry Land” with the version performed by either Tab Benoit on the album Nice & Warm or Albert King on the Hard Bargain album. Both men perform their guitar solos and vocals appreciably smoother than Jeans.(by deepbluereview)

This album was recorded at the Sam Phillips Recording Studios, Memphisn TN 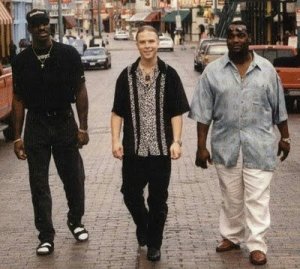 Montand was born Ivo Livi in Monsummano Terme, Italy to Giuseppina (née Simoni) and Giovanni Livi, a broommaker. Giuseppina was a devout Catholic, while his father held strong Communist beliefs. Montand’s family left for France in 1923 on account of Italy’s Fascist regime. He grew up in Marseille, where, as a young man, he worked in his sister’s barber shop, and later on the docks. He began a career in show business as a music-hall singer. In 1944, he was discovered by Édith Piaf in Paris and she made him part of her act.
Career

Montand went on to international recognition as a singer and actor, starring in numerous films. His recognizably crooner songs, especially those about Paris, became instant classics. He was one of the most famous performers at Bruno Coquatrix’s famous Paris Olympia music hall, and toured with musicians including Didi Duprat.

In 1951, he married Simone Signoret, and they co-starred in several films throughout their careers. The marriage was, by all accounts, fairly harmonious, lasting until her death in 1985, although Montand had a number of well-publicized affairs, notably with Marilyn Monroe, with whom he starred in one of her last films, Let’s Make Love. During his career, Montand acted in a number of American motion pictures as well as on Broadway. He was nominated for a César Award for “Best Actor” in 1980 for I comme Icare and again in 1984 for Garçon! In 1986, after his international box-office draw power had fallen off considerably, the 65-year-old Montand gave one of his most memorable performances, as the scheming uncle in the two-part film: Jean de Florette, co-starring Gérard Depardieu, and Manon des Sources, co-starring Emmanuelle Béart. The film was a worldwide critical hit and raised Montand’s profile in the US, where he made an appearance on Late Night with David Letterman.

Montand’s only child, Valentin, his son by his second wife, Carole Amiel, was born in 1988. In a paternity suit that rocked France, another woman accused Montand of being the father of her daughter and went to court to obtain a DNA sample from him. Montand refused, but the woman persisted after his death. In a court ruling that made international headlines, the woman won the right to have Montand exhumed and a sample taken. The results indicated that he was probably not the girl’s biological father.

Signoret and Montand had a home in Autheuil-Authouillet, Normandy, where the main village street is named after him,

In his later years he maintained a home in St Paul de Vence, Provence until his death from a heart attack. In an interview, Jean-Jacques Beineix said, “[H]e died on the set [of IP5: The Island of Pachyderms]… On the very last day, after his very last shot. It was the very last night and we were doing retakes. He finished what he was doing and then he just died. And the film tells the story of an old man who dies from a heart attack, which is the same thing that happened!” Montand is interred next to his first wife, Simone Signoret, in Père Lachaise Cemetery in Paris. (by wikipedia)

. His poems became and remain popular in the French-speaking world, particularly in schools. His best regarded films formed part of the poetic realist movement, and include Les Enfants du Paradis (1945).
Some of Prévert’s poems, such as “Les Feuilles mortes” (Autumn Leaves), “La grasse matinée” (Sleeping in), “Les bruits de la nuit” (The sounds of the night), and “Chasse à l’enfant” (The hunt for the child) were set to music by Joseph Kosma—and in some cases by Germaine Tailleferre of Les Six, Christiane Verger, and Hanns Eisler. They have been sung by prominent French vocalists, including Marianne Oswald, Yves Montand, and Édith Piaf, as well as by the later American singers Joan Baez and Nat King Cole. (by wikipedia)

This album is another example for the high quality of rench chansons ! Exciting ! 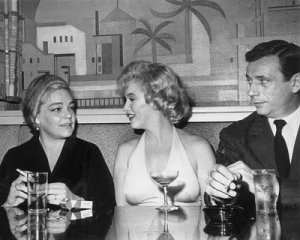 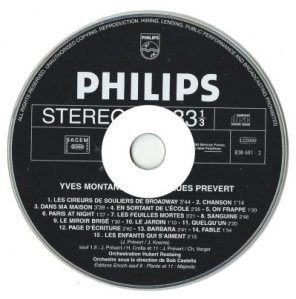 I will start this “new” blog with a fantastic piece of guitar music by Gerald Garcia:

Gerald Garcia (born 1949 in Hong Kong) is a classical guitarist and composer.

After studying chemistry at Oxford University, he became a professional musician, making his debut at the Wigmore Hall in London. His more than fifteen CDs have sold more than 30,000 copies worldwide. In addition, he has performed with other musicians including John Williams, Paco Peña and John Renbourn.

Garcia is also known as a composer, particularly for his Etudes Esquisses for guitar,

recorded for Naxos Records by John Holmquist. He is musical director of the National Youth Guitar Ensemble.

Gerald Garcia lives in Oxford, where, according to his website, he enjoys “cooking, computer music, Taoist Yoga and conducting the odd chamber orchestra.”

Some quotes about this album:
Although I didn’t enjoy this disc quite as much as Garcia’s “Brazilian Festival”, I thought it was a fine recording that opened up to me new areas of repertoire at a price that I couldn’t resist. I’m not a guitarist and cannot really comment on Garcia’s achievement as a musician, but the whole came across to me as a layman as perfectly convincing. Listen especially to Piazolla’s Cinco Piezas, and there to “Acentuado”! But the Lauro, the Brouwer and the rest are definitely not to be despised either. The recording quality (made at Tonstudio van Geest in Heidelberg, Germany, 1989) is excellent, with none of the “early Naxos” problems sometimes encountered. If you are out for some relaxing, interesting guitar music, this could be for you. (by Leslie Richford)

Excellent interpretation of some famous pieces by A.Lauro.
I also warmly recommend the marvelous early composition by Brouwer, the suite No. 2 in D. (by Leslie Richford)

Listen to this wonderful album !