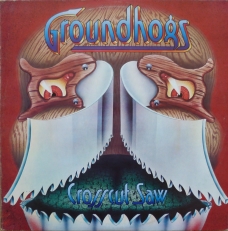 Crosscut Saw begun in 1975 as a McPhee solo project.

Crosscut Saw has got to be the heaviest, most distorted, twisted, sick guitar that TS ever played. I mean that in a good way, of course. There is an air of menace to TS’s guitar/keyboard playing and singing that, in its own way, is more ominous that any Black Sabbath recording (and I love classic Sabbath). TS doesn’t minch words in his lyric writing (not very PC on the mysogeny front, as he acknowledges on the song which is a pun on the term) or his guitar playing. He has an extremely bitter outlook on life, and he means it in these songs. I wouldn’t want to mess 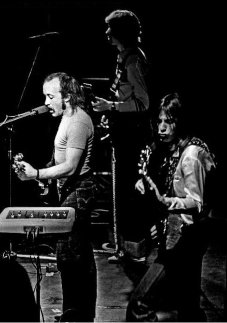 with this guy. This factor gives the album the same harsh realism of a brutal football game, and is worth experiencing for the same reason–there can be no question that it is REAL. Not staged, not done for commercial gain, not pandering to any goal other than the animalist expressions of the tortured insides of one Tony TS McFee. Somewhere in his past, TS must’ve had the mother of all breakups…. Hair-raising stuff. Black Diamond is a good album too (though “Body Talk” is so mysogenistic that it’s kind of hard to take in this day and age), but Crosscut Saw is the THING YOU MUST HAVE.
ps. if there’s ever a snow-ski slope that you’re afraid to try, crank up “Eleventh Hour” on the headphones, scream loud and bloody, and head straight down… (by Walter in Austin) 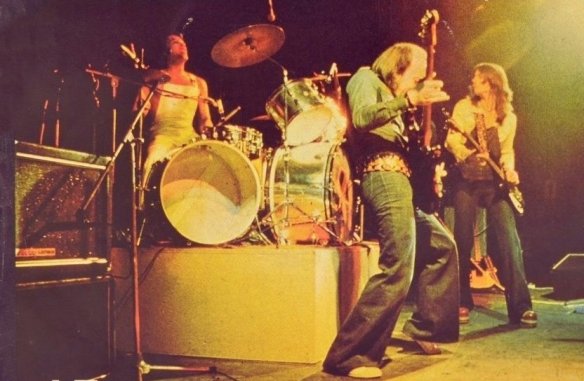 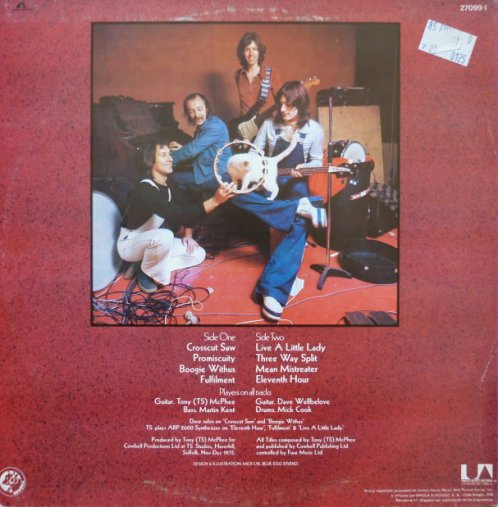 All songs written by Tony McPhee 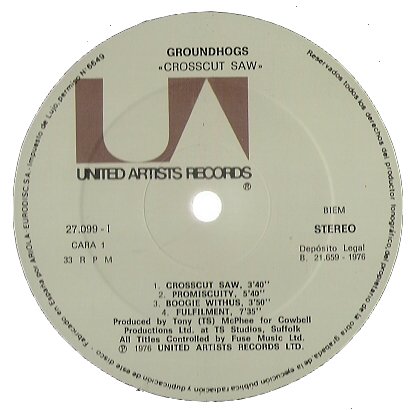