The World We Know is an album by bandleader Stan Kenton recorded in 1967 by Capitol Records.

Remarkably, after over two decades as an active recording artist, Stan Kenton (piano/arranger) could still pull off efforts as interesting as World We Know (1968). Combining divergent reworkings of pop music standards with his own undeniably unique originals, Kenton applies his trademark intricate and individual harmonic phrasings. The consistent results bear out his ability to augment his highly stylized arrangements within a framework of familiarity. While there is no mistaking this platter for rock or even what would be considered as ‘pop’ circa 1968, Kenton’s adaptation of Bobby Hebb’s soulful “Sunny” is given a spry up-tempo demeanor, building from a bop-influenced piano line to a full-blown big band drill. Similarly, Neal Hefti’s “Girl Talk,” taken from the film Harlow (1965) , is also rerouted, bringing out the smouldering and scintillating melody as it perpetually yields to a brash and bouncy conclusion. Another mid-’60s soundtrack-derived side is “Man and a Woman,” from the Claude Lelouch film Un Homme et une Femme (1966), which has been turned around into an affective, if not somewhat darker piece. Kenton’s compositions present his own formidable talents with an equally broad spectrum of sonic techniques. At the heart of “Changing Times,” or the moody and romantic “Theme for Jo,” is Kenton’s uncanny marriage of memorable tunes and interpretive keyboard lines leading the larger ensemble through his voicings and contrasts in tempo. While enthusiasts of the artist’s work will undoubtedly be impressed, to modern ears the easy listening orchestration may seem heavy-handed, if not lackluster.  (by Lindsay Planer) 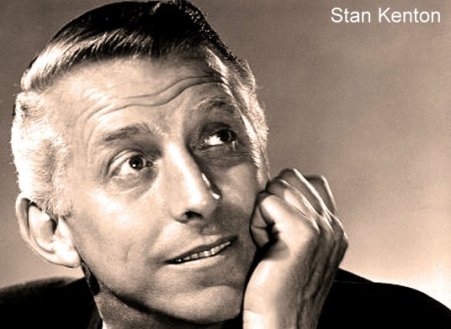 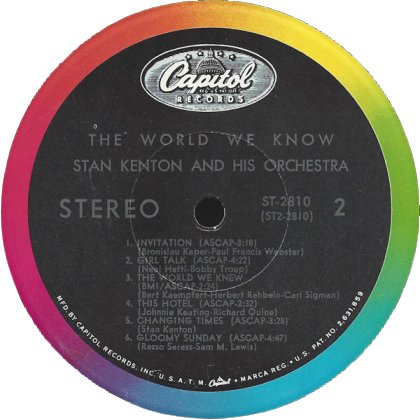