Getting There is a 1988 album by jazz guitarist John Abercrombie with bassist Marc Johnson and drummer Peter Erskine. Tenor saxophonist Michael Brecker plays on three tracks.

The Penguin Guide to Jazz gave the album 3 stars. (by wikipedia)

The music on this 1988 release from guitarist John Abercrombie is groomed to such aseptic perfection that little remains of the musical personalities behind these sounds. Abercrombie, bassist Marc Johnson, drummer Peter Erskine, and saxophonist Michael Brecker (on three tracks) turn in immaculate performances, rich in technique and austere, cerebral exchanges, but despite the musical prowess, the listener is left to gaze on blankly, uninvolved. The malaise is typified by Abercrombie’s guitar synthesizer, which too frequently renders the leader’s brush strokes in a muted monochrome. Similarly, while the signature “Fortress of Solitude” chill of an ECM date is not the issue, the release’s enervating engineering does sap the vitality from these performances. There are, nestled among this generally reflective, introverted music, some rewarding bits, notably Abercrombie’s short jazz waltz, “Labour Day,” where he sets aside the guitar synthesizer and electronic enhancements to serve up some delicious straight-ahead sounds. 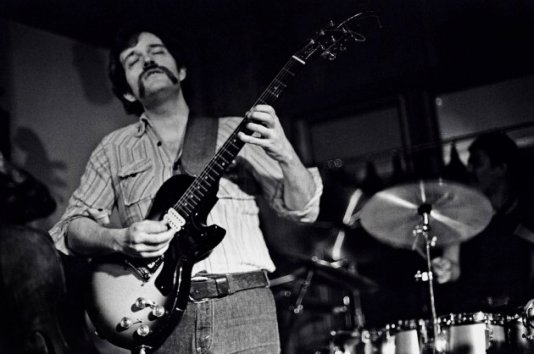 Two of the tracks with Brecker, Abercrombie’s “Sidekicks” and Johnson’s “Furs on Ice,” have initially engaging melodies and rhythmic interest, but their promise is not realized. These two tracks would make excellent instrumental beds for a pair of latter day Steely Dan songs, but they do not sustain interest on their own. Musicians of the caliber of Abercrombie, Johnson, Erskine, and Brecker cannot fail to generate interest when they get together. This time out, though, their efforts would have been better presented as a master class workshop. The broader fan base, however, can take a pass. (by Jim Todd)