The Rolling Stones’ American Tour 1981 was a concert tour of stadiums and arenas in the United States to promote the album Tattoo You. It was the largest grossing tour of 1981 with $50 million in ticket sales. Roughly three million concert goers attended the concerts, setting various ticket sales records.[2] The 5 December show in New Orleans set an indoor concert attendance record which stood for 33 years.

Initially, singer Mick Jagger was not interested in another tour, but guitarists Keith Richards and Ronnie Wood were, as were elements of the press and public. Jagger eventually relented. As with previous tours, the American Tour 1981 was promoted by Bill Graham.

The band rehearsed at Long View Farm, North Brookfield, Massachusetts, from August 14 to September 25, 1981. and played a warm-up show at the Sir Morgan’s Cove club in Worcester, Massachusetts on 14 September. Although they were billed as Little Boy Blue & The Cockroaches, word got out and some 11,000 fans pushed and shoved outside the 300-capacity venue. The Mayor of Boston Kevin H. White stopped the notion of further public rehearsals, saying, “The appearance here of Mr. Jagger is not necessarily in the public interest.”

The tour’s elaborate and colorful stage was the work of Japanese designer Kazuhide Yamazaki. “Most concerts that took place outdoors at the time were played during the day,” recalled Jagger, “probably because it was cheaper, I don’t know. So we had the bright, bright primary colors… and we had these enormous images of a guitar, a car and a record—an Americana idea—which worked very well for afternoon shows.”

Most shows later in the tour featured a cherry picker and the release of hundreds of balloons at the show’s end. During the Los Angeles Memorial Coliseum stops on the tour, the band played a Friday and Sunday show and USC had a football game in between on Saturday. As a televised football game, viewers could see the full stage set-up and often field goals would land on stage at the East end zone. Two of the three opening bands, George Thorogood, and The J Geils Band were received well, but the third – a still somewhat unknown Prince – barely got through three songs before being booed off. 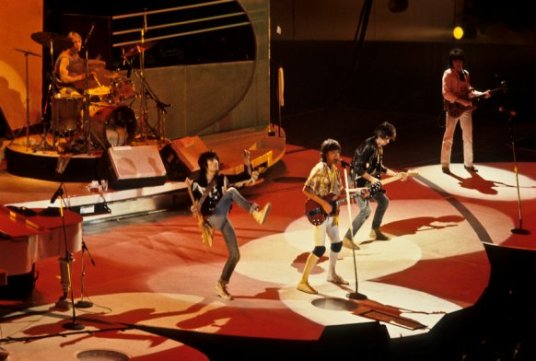 The tour was the largest-grossing tour of 1981, but for several years to come. It grossed $50 million in ticket sales when the average ticket price was $16. Roughly three million attended the concerts. The Stones set many records that remain unbroken. The JFK Stadium shows in Philadelphia prompted nearly 4 million requests via post cards for tickets (a method used at the time to prevent scalping); requests for the five arena shows in the New York metropolitan area were in the millions. The New York Times stated, “The tour is expected to be the most profitable in the history of rock & roll; its sheer size has been staggering…ticket requests for these shows ran into the millions…” The tour indeed did turn out to be profitable: the Stones were estimated to have reaped about $22 million after expenses.

The tour also was an early milestone for the rock industry by selling advertising rights to Jōvan Musk. Jōvan paid $1 million to put their name on Stones tickets. This attracted considerable attention in the business media, as Jōvan’s image of a pleasant fragrance was at odds with the Stones’ bad boys image. But the Stones behaved well on tour, and rock tour corporate sponsorships soon became the norm. 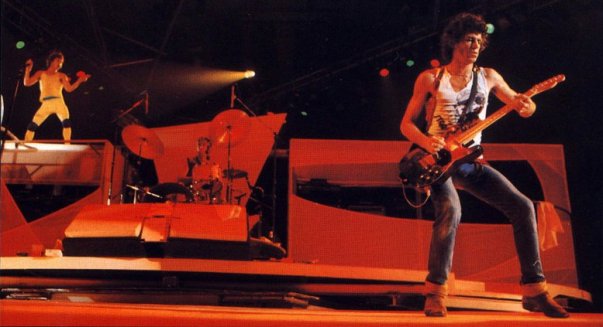 In another marketing first, the 18 December performance at Virginia’s Hampton Coliseum was broadcast as “The World’s Greatest Rock’n’Roll Party”, on pay-per-view and in closed circuit cinemas. It was the first such use of pay-per-view for a music event. Keith Richards hit a fan who ran onstage with his guitar.

Also of note was the 14 December performance at Kansas City’s Kemper Arena. Former Stones guitarist Mick Taylor joined the band for a large part of the performance. Ronnie Wood was not happy with Taylor, however: “[He was] bulldozing through parts of songs that should have been subtle, ignoring breaks and taking uninvited solos.” Other guests during the tour were Tina Turner (who would sing “Honky Tonk Women”), Chuck Leavell, Tower of Power and Sugar Blue. Turner, People reported, had toured with the Stones in 1966, and Jagger admitted he had “learned a lot of things” from her.

In general, there was less backstage madness on the tour than on many previous outings. This was largely due to Richards having largely overcome his well-known drugs and alcohol problems; The New York Times wrote of Richards, “He looks healthy, he is playing brilliantly and his backup vocals are often so lusty that they drown out Mr. Jagger, who is working harder to hold up his end of things as result.” However, this and the 1982 tour were the last tours on which Richards contributed the majority of backup vocals; for future tours, additional singers were enlisted.

Several of the concerts were recorded and selected songs were released on 1982’s live Still Life. The Hal Ashby-directed concert film Let’s Spend the Night Together grossed $50 million. Possibly due to the film, most of the shows on this tour were professionally recorded. Bootleg evidence suggests that for 35 of the regular 50 shows from this tour, more than half of each concert is directly from the soundboard.

This was the Stones’ last tour of the United States until 1989. (by wikipedia)

1981 is an embarassment of riches for any Stones fan due to the large number of great-sounding soundboards available from the US tour. This is a typical performance and setlist from the tour; I’ve always found Mick’s vocals to be fairly sloppy during this era, but overall the performance is good and the sound quality is great. (by ax179 at Dime, 2013) 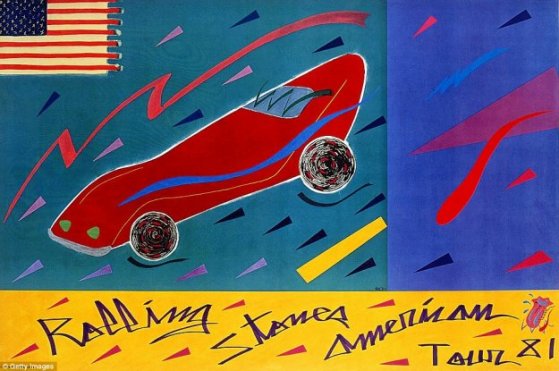