William “Smokey” Robinson Jr. (born February 19, 1940) is an American singer, songwriter, record producer, and former record executive. Robinson was the founder and frontman of the Motown vocal group the Miracles, for which he was also chief songwriter and producer. Robinson led the group from its 1955 origins as “the Five Chimes” until 1972 when he announced a retirement from the group to focus on his role as Motown’s vice president.

However, Robinson returned to the music industry as a solo artist the following year. Following the sale of Motown Records in 1988, Robinson left the company in 1990. He was inducted into the Rock and Roll Hall of Fame in 1987. Robinson was awarded the 2016 Library of Congress Gershwin Prize for his lifetime contributions to popular music. (by wikipedia)

‘A Quiet Storm’: How Smokey Robinson Invented A New Genre Of Soul:

Absorbing and life-affirming, Smokey Robinson’s ‘A Quiet Storm’ is one of the landmark soul albums of its era, and its innovations continue to resonate.

There are examples of records that gave a name to a whole genre (like ʻRapper’s Delight’, which used the term “hip-hop” on wax for the first time), and even a sound system that gave birth to a record label and a style of music, such as Rockers.

But there aren’t many records that gave a name and musical outlook to an entire programming format for radio – and one that has thrived for more than four decades. Welcome to the show, ladies and gentlemen.

Tonight we are going to play it smooth, black and gently funky; low, slow and slinky for all-grown-up listeners who still have soul.

So pour yourself something nice, turn the lights down, and get ready to be immersed in A Quiet Storm. (by Ian McCann)

The “Wedding Song” was originally composed for the wedding of Jermaine and Hazel Joy Jackson, December 15, 1973. Thanks to them for sharing it with the world by requesting it be a part of this album. 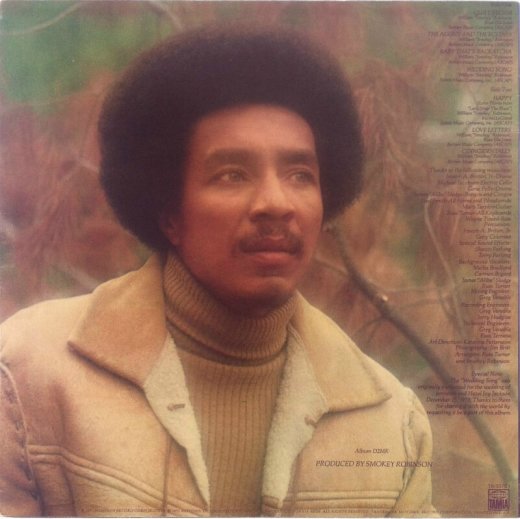