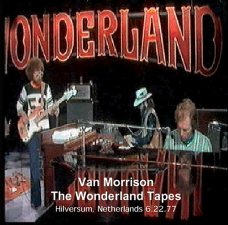 For years the best known set of Van’s brief collaboration with Dr John in 1977 has widely circulated only in incomplete form and mediocre sound on a bootleg known as Amsterdam’s Tapes. Now, thanks to the persistence, dedication and collaboration of VLS (vanlose stairway) members and friends, this rare show has finally been assembled from the best sources available to us, complete as broadcast on Dutch FM radio. After 20+ years, we are sure fans will agree that it is about time! Better yet, we have also unearthed the “raw audio source” of that set, taken from the live performance for a TV program called “Wonderland” in Vara Studios, Hilversum, Netherlands. This audio has never before been circulated, and although available only in mono, it will surely delight the attentive listener. –

Thanks to crmass; and to goody for the remaster and for sharing the tracks at Dime.

This is a new remaster (uploaded June 10, 2019) based upon a set that’s been circulating for years, last seen here as of 2017 or so courtesy of, I think, DeathGlider (who’ll definitely be picking up this update, I see…) I got it back in ‘05, courtesy of ‘crmass’ at that time (thanks!).

I would like to sincerely thank VLS so much for this excellent compilation, and all others along the way for these sources – until now, the best presentation of this great program. Many of the FM tracks needed speed/pitch adjustment and are now in tune. Some tracking here and there has been updated a bit, (meaning a total of only 3 marker moves.) Many of those digital noises mentioned towards the end of disc 2 have been greatly reduced or removed, making it easier now to hear some very low volume off-mic dialog if you listen closely. Hope nobody minds. So… NOW… I do believe to my soul it’s the very best… (goody) 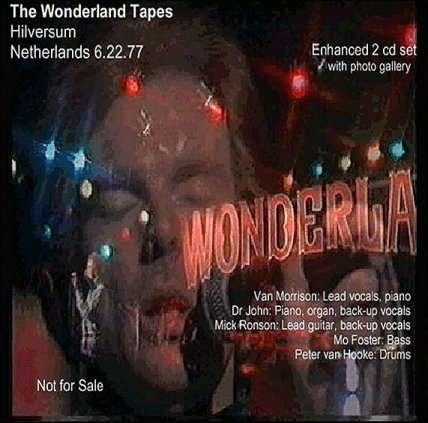 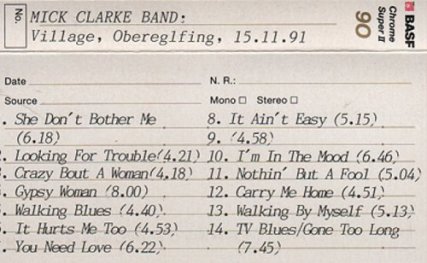 Mick Clarke has become an established name on the international touring scene and has played regularly in Europe, Asia and the USA. Praised for his fiery “straight from the wood” guitar sound, Mick is the winner of the 2014 Artist Aloud Awards “Best International Act” and appeared at Sweden Rock Festival in June 2018, sharing the bill with metal legends Iron Maiden.

The Mick Clarke Band was established in the early 80s and has appeared on numerous festivals with artists such as Rory Gallagher, Johnny Winter and Joe Bonamassa. Recent shows have included festival appearances in Italy, Belgium and India, and in July 2017 Mick appeared at the Mostar Blues & Rock festival in Bosnia-Herzegovina. Mick has released nineteen solo albums so far.

In the mid 70s Mick co-formed SALT with British singer Stevie Smith, a powerful blues-rock act who were a big hit in the UK playing regularly at London’s Marquee Club and other top venues. The band played at the Reading Festival and also opened for Muddy Waters at his first major London concert. In 1978 the band morphed into RAMROD with ex Rory Gallagher Band members Lou Martin and Rod De’Ath, touring in Ireland and again playing extensively in London, opening for Muddy at his Rainbow Theatre concert.

THE MICK CLARKE BAND originally started working around the London area in the early 80s, but quickly received offers of work from mainland Europe and the United States. Early festival appearances such as the Belgium R&B Festival in Peer confirmed their appeal for continental audiences, while the US tours established a world wide reputation for the band. 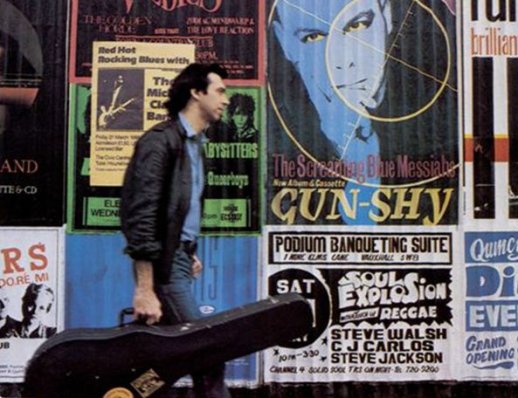 “The Rambunctious Blues Experiment” was recorded at Mick’s home studio in Surrey, “Rockfold” and features Mick with Russell Chaney on drums and Dangerous Dave Newman on harp. “Ramdango”,”Crazy Blues” and 2015’s “Shake It Up” were also recorded at Rockfold, but by Mick alone, on a variety of instruments – real drums, but not 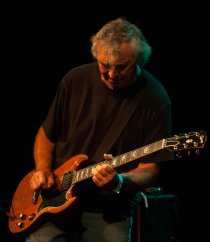 necessarily all at once. The live “Ruff’n’Roar” showcases the band’s down home blues side, live in a small club with Chris Sharley on drums and Eddie Masters on bass. “Diggin’ Down”, “Bent Frets” and the current “Steppin’ Out” have continued Mick’s solo approach to studio recording, although “Steppin’ Out” features a guest appearance by harp player Dangerous Dave Newman.

Recent tours have included appearances at the Baden Blues Festival in Switzerland, “Blues Express” Luxembourg, “Rock at Sea” in Stockholm, Sweden, “Seven Nights to Blues” in France and the Bragdoya Blues Festival in Norway. In 2014 the Mick Clarke Band headlined the “Simply The Blues” Festivals in Mumbai and Bangalore, India. Recent European festival dates have included the Mostar Blues and Rock Festival, Bosnia-Herzegovina in July 2017.

In the U.S.A. Mick has appeared with artists such as Johnny Winter, Canned Heat, Foghat and C.J.Chenier. The Southern California Blues Society called him “One of the finest blues players to come out of England”.

The Mick Clarke Band usually features Chris Sharley on drums and Eddie Masters on bass, either as a three piece or augmented with Dave Lennox on keyboards or Dangerous Dave Newman on harp.

In June 2018 Mick played at Sweden Rock Festival, one of Europe’s major rock events, with Chris Sharley and Stuart McDonald (Killing Floor) on bass. The festival was headlined by Iron Maiden and Ozzy Osbourne. A new single, Rick Derringer’s “Rock and Roll, Hoochie Koo” was released on 24 May 2019 and In July 2019 the band headlines the Blues Night at the Karlshamn Baltic Festival, Sweden. (marshalamp.com)

And here´s a pretty good audience recording from 1991, done by my own … (shame on me … smile) … it was recorded live The Village , a small club in a very small village near Munich/Germany …

Mick Clarke at his best …

And Mick Clarke is still alive and wel. Here´s a screentshot from his official website: