Viva la Vida or Death and All His Friends, often referred to as simply Viva la Vida, is the fourth studio album by British rock band Coldplay, released on 12 June 2008 on the Parlophone label. The album was named after a Spanish phrase that best translates into English as “Long live life”. Lyrically, the album contains references to love, life, death and war.

Recording sessions for the album took place during June 2007 to April 2008 and featured production by Jon Hopkins, Rik Simpson, Markus Dravs, and Brian Eno. The album was Coldplay’s first to be produced by Eno, and also their first album to not be produced by long-time Coldplay producer, Ken Nelson. The band forced themselves to explore new styles, as Eno required every song on the album to sound different.[citation needed] Development of the album delayed the release date several times. The album cover of Viva la Vida is the painting Liberty Leading the People by Eugène Delacroix.

Viva la Vida was both a critical and commercial success. Five songs were released in promotion of the album; “Violet Hill” and “Viva la Vida” in May 2008, “Lovers in Japan” and “Lost!” in November 2008, and “Strawberry Swing” in September 2009. “Viva la Vida” became the band’s first song to reach number one in both the United States and the United Kingdom. It won Best Rock Album at the 2009 Grammy Awards and was also nominated for Album of the Year. It was the best selling album of 2008. By 2011, the album had sold more than 10 million copies.

Musically, Viva la Vida contrasts with their previous albums. The title track uses an orchestra, while “Lovers in Japan” features a honky-tonk piano. “Lost!” is influenced by tribal music, whereas “Strawberry Swing” incorporates Afropop music. Martin described Viva la Vida as a new direction for Coldplay: a change from their past three albums, which they have referred to as a “trilogy”. He said the album featured less falsetto as he allowed his voice’s lower register to take precedence. Some songs, such as “Violet Hill”, contain distorted guitar riffs and bluesy undertones.

The album contains an array of different themes such as love, war, and revolutions. Unlike their previous releases it has a more universal approach, it deals less with personal problems and more with issues of humanity. Songs like “Life in Technicolor II” (which didn’t make it to the final track list) “Violet Hill” and “Death and All His Friends” talk about war and politics. Martin stated the lyrics of “Violet Hill” were a commentary on Fox News. “Violet Hill” also is the first anti-war protest song from the band. Other songs, such as the double track “Lovers in Japan/Reign of Love” and “Yes” are about love and desire.

Revolutionary themes are also an important part of the album and its promotion.[citation needed] Coldplay used customized French revolutionary costumes through the Viva La Vida Tour and on the videos produced for the album’s singles. Chris Martin said on an interview for The Sun “some say this album is brave – I just see us as being very lucky”. Martin stated that a big inspiration for the album was the book Les Miserables by Victor Hugo.

The work of the Beatles is apparent as an inspiration throughout the album. For instance, the song “Violet Hill” references the Beatles album Abbey Road (1969), borrowing its rhythm from the Beatles. The song is named for a road which adjoins Abbey Road in London. (by wikipedia)

When Coldplay sampled Kraftwerk on their third album, X&Y, it was a signifier for the British band, telegraphing their classicist good taste while signaling how they prefer the eternally hip to the truly adventurous; it was stylish window dressing for soft arena rock. Hiring Brian Eno to produce the bulk of their fourth album, Viva la Vida, is another matter entirely. Eno pushes them, not necessarily to experiment but rather to focus and refine, to not leave their comfort zone but to find some tremulous discomfort within it. In his hands, this most staid of bands looks to shake things up, albeit politely, but such good manners are so inherent to Coldplay’s DNA that they remain courteous even when they experiment. With his big-budget production, Eno has a knack for amplifying an artist’s personality, as he allows bands to be just as risky as they want to be — which is quite a lot in the case of U2 and James and even Paul Simon, but not quite so much with Coldplay. And yet this gentle encouragement — he’s almost a kindly uncle giving his nephews permission to rummage through his study — pays great dividends for Coldplay, as it winds up changing the specifics without altering the core. They wind up with the same self-styled grandiosity; they’ve just found a more interesting way to get to the same point.

Gone are Chris Martin’s piano recitals and gone are the washes of meticulously majestic guitar, replaced by orchestrations of sound, sometimes literally consisting of strings but usually a tapestry of synthesizers, percussion, organs, electronics, and guitars that avoid playing riffs. Gone too are simpering schoolboy ballads like “Fix You,” and along with them the soaring melodies designed to fill arenas. In fact, there are no insistent hooks to be found anywhere on Viva la Vida, and there are no clear singles in this collection of insinuatingly ingratiating songs. This reliance on elliptical melodies isn’t off-putting — alienation is alien to Coldplay — and this is where Eno’s guidance pays off, as he helps sculpt Viva la Vida to work as a musical whole, where there are long stretches of instrumentals and where only “Strawberry Swing,” with its light, gently infectious melody and insistent rhythmic pulse, breaks from the album’s appealingly meditative murk. 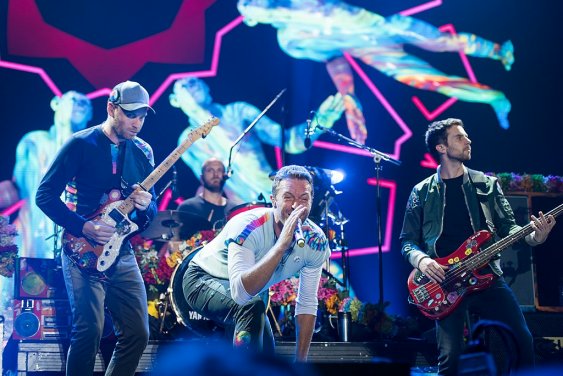 Whatever iciness there is to the sound of Viva la Vida is warmed by Martin’s voice, but the music is by design an heir to the earnest British art rock of ’80s Peter Gabriel and U2 — arty enough to convey sober intelligence without seeming snobby, the kind of album that deserves to take its title from Frida Kahlo and album art from Eugene Delacroix. That Delacroix painting depicts the French Revolution, so it does fit that Martin tones down his relentless self-obsession — the songs aren’t heavy on lyrics and some are shockingly written in character — which is a development as welcome as the expanded sonic palette. Martin’s refined writing topics may be outpaced by the band’s guided adventure, but they’re both indicative that Coldplay are desperate to not just strive for the title of great band — a title they seem to believe that they’re to the manor born — but to actually burrow into the explorative work of creating music. And so the greatest thing Coldplay may have learned from Eno is his work ethic, as they demonstrate a focused concentration throughout this tight album — it’s only 47 minutes yet covers more ground than X&Y and arguably A Rush of Blood to the Head — that turns Viva la Vida into something quietly satisfying. (by Stephen Thomas Erlewine) 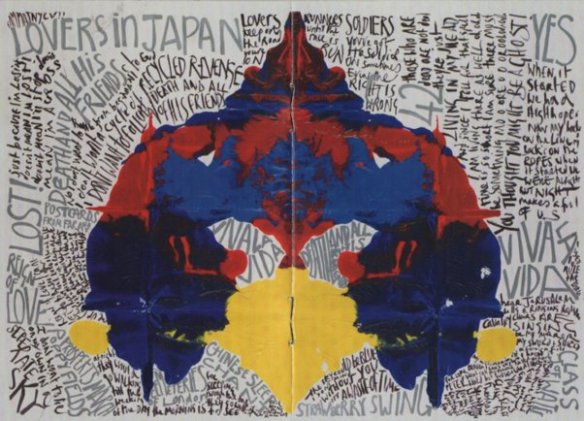