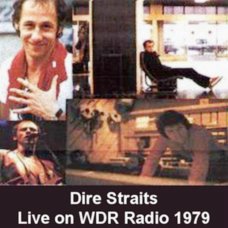 Brothers Mark and David Knopfler, from Newcastle in northeast England, and friends John Illsley and Pick Withers, from Leicester in the east midlands, formed Dire Straits in London in 1977.[8] Withers was already a 10-year music business veteran, having been a session drummer for Dave Edmunds, Gerry Rafferty, Magna Carta and others through the 1970s; he was part of the group Spring, which recorded an album for RCA in 1971. At the time of the band’s formation, Mark was working as a teacher at art college, Illsley was studying at Goldsmiths’ College, and David was a social worker. Mark and Withers had both been part of the pub rock group Brewers Droop at different points in around 1973.

Initially known as the Café Racers, the name Dire Straits was coined by a musician flatmate of Withers, allegedly thought up while they were rehearsing in the kitchen of a friend, Simon Cowe, of Lindisfarne. In 1977, the group recorded a five-song demo tape which included their future hit single, “Sultans of Swing”, as well as “Water of Love” and “Down to the Waterline”. After a performance at the Rock Garden in 1977, they took a demo tape to MCA in Soho but were turned down. Then they went to DJ Charlie Gillett, host of called Honky Tonk on BBC Radio London. The band simply wanted advice, but Gillett liked the music so much that he played “Sultans of Swing” on his show. Two months later, Dire Straits signed a recording contract with the Vertigo division of Phonogram Inc. In October 1977, the band recorded demo tapes of “Southbound Again”, “In the Gallery” and “Six Blade Knife” for BBC Radio London; in November demo tapes were made of “Setting Me Up”, “Eastbound Train” and “Real Girl”.

The group’s first album, Dire Straits, was recorded at Basing Street studios in Notting Hill, London in February 1978, at a cost of £12,500. Produced by Muff Winwood, it was first released in the United Kingdom on Vertigo Records, then a division of Phonogram Inc. It came to the attention of A&R representative Karin Berg, working at Warner Bros. Records in New York City. She felt that it was the kind of music audiences were hungry for, but only one person in her department agreed at first. Many of the songs on the album reflected Mark Knopfler’s experiences in Newcastle, Leeds and London. “Down to the Waterline” recalled images of life in Newcastle; “In the Gallery” is a tribute to Leeds sculptor/artist Harry Phillips (father of Steve Phillips); “Wild West End” and “Lions” were drawn from Knopfler’s early days in the capital.

That year, Dire Straits began a tour as opening band for Talking Heads after the re-released “Sultans of Swing” finally started to climb the UK charts. This led to a United States recording contract with Warner Bros. Records; before the end of 1978, Dire Straits had released their self-titled debut worldwide. They received more attention in the US, but also arrived at the top of the charts in Canada, Australia and New Zealand. Dire Straits eventually went top 10 in every European country.

The following year, Dire Straits embarked on their first North American tour. They played 51 sold-out concerts over a 38-day period. “Sultans of Swing” scaled the charts to number four in the United States and number eight in the United Kingdom. The song was one of Dire Straits’ biggest hits and became a fixture in the band’s live performances. Bob Dylan, who had seen the band play in Los Angeles, was so impressed that he invited Mark Knopfler and drummer Pick Withers to play on his next album, Slow Train Coming. 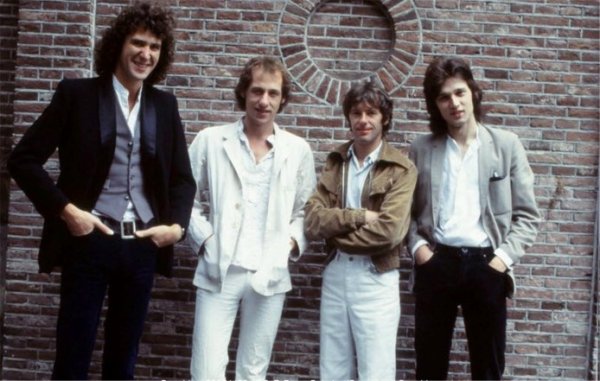 Recording sessions for the group’s second album, Communiqué, took place in December 1978 at Compass Point Studios in Nassau, Bahamas. Released in June 1979, Communiqué was produced by Jerry Wexler and Barry Beckett and went to No. 1 on the German album charts, with the debut album Dire Straits simultaneously at No. 3. In the United Kingdom the album peaked at No. 5 in the album charts. Featuring the single “Lady Writer”, the second album continued in a similar vein as the first and displayed the expanding scope of Knopfler’s lyricism on the opening track, “Once Upon a Time in the West”. In the coming year, however, this approach began to change, along with the group’s line-up. (by wikipedia)

And here´s another rarity from these early days of Dire Straits:

A great soundboard recording of the beginning of Dire Straits with very good sound.
The gig from the day after! the famouse “Rockpalast” show (16th feb 1979)

Great atmosphere and an awesome version of Southbound Again.

This is nearly a perfect soundboard recording. The bonus tracks has a bit less quality, but they they came with the package.

And we hear some jokes of Knopfler.

All songs written by Mark Knopfler 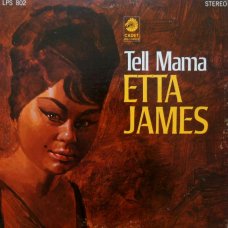 In 1967, a pregnant Etta James traveled to rural Alabama to work with the world-class musicians of Muscle Shoals Studios. Country fiddler Rick Hall, who ran the studio, had the perfect song for James, ‘Tell Mama.’ James made four trips to Muscle Shoals in 1967 and 1968 to work with Hall’s creative touches. Hall’s subtle nuances gave Leonard Chess a magnificent record from start to finish. The album features a high-octane version of the title cut, which may be James’ most recognizable song after ‘At Last.’ Also on the album are the gorgeous Soul ballad ‘I’d Rather Go Blind,’ Rosco Gordon’s ‘Just A Little Bit,’ Otis Redding’s ‘Security, and two Don Covay songs, ‘Watch Dog’ and ‘I’m Gonna Take What He’s Got.’ The combination of James’ vocal convictions and Hall’s Muscle Shoals musicians makes this record, released on Chess’s subsidiary label, Cadet, one for the ages. (blues.org)

Leonard Chess dispatched Etta James to Muscle Shoals in 1967, and the move paid off with one of her best and most soul-searing Cadet albums. Produced by Rick Hall, the resultant album boasted a relentlessly driving title cut, the moving soul ballad “I’d Rather Go Blind,” and sizzling covers of Otis Redding’s “Security” and Jimmy Hughes’ “Don’t Lose Your Good Thing,” and a pair of fine Don Covay copyrights. The skin-tight session aces at Fame Studios really did themselves proud behind Miss Peaches. (by Bill Dahl)