The Rolling Stones American Tour 1972 was a much-publicized and much-written-about concert tour of the United States and Canada in June and July 1972 by The Rolling Stones. Constituting the band’s first performances in the United States following the Altamont Free Concert in December 1969, critic Dave Marsh would later write that the tour was “part of rock and roll legend” and one of the “benchmarks of an era.”

The tour in part supported the group’s Exile on Main St. album, which was released a few weeks earlier on 12 May. It was also part of a tour-America-every-three-years rotation that the group established in 1969 and maintained through 1981.

On the first show of the tour, 3 June in Vancouver, British Columbia, 31 policemen were treated for injuries when more than 2,000 fans attempted to crash the Pacific Coliseum. 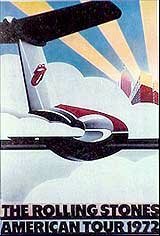 In San Diego on 13 June, there were 60 arrests and 15 injured during disturbances. In Tucson, Arizona on 14 June, an attempt by 300 youths to storm the gates led to police using tear gas.[3] While in Chicago for three appearances on 19 and 20 June, the group stayed at Hugh Hefner’s original Playboy Mansion in the Gold Coast district.[4] Eighty-one people were arrested at the two sellout Houston shows on 25 June, mostly for marijuana possession and other minor drug offences.[5] There were 61 arrests in the large crowd at RFK Stadium in Washington, D.C. on the Fourth of July.[6]

On 13 July police had to block 2,000 ticket-less fans from trying to gain access to the show in Detroit.[7] On 17 July at the Montreal Forum a bomb blew up in the Stones’ equipment van, and replacement gear had to be flown in; then it was discovered that 3,000 forged tickets had been sold, causing a fan riot and a late start to the concert.[2] The next day, 18 July, the Stones’ entourage got into a fight with photographer Andy Dickerman in Rhode Island, and Jagger and Richards landed in jail, imperilling that night’s show at the Boston Garden. Boston Mayor Kevin White, fearful of a riot if the show were cancelled, intervened to bail them out; the show went on, albeit with another late start. Dickerman would later file a £22,230 lawsuit against the band. 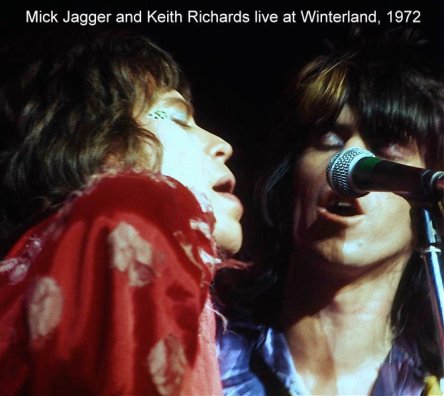 Following the final performance, a party was held in Jagger’s honor by Ahmet Ertegun at the St. Regis New York. Guests included Bob Dylan, Woody Allen, Andy Warhol, the Capote entourage, and Zsa Zsa Gabor, while the Count Basie Orchestra provided musical entertainment. At the event, Dylan characterized the tour as “encompassing” and “the beginning of cosmic consciousness.”

Rock critic Robert Christgau reported that the mood of the shows was friendly, with Jagger “undercut[ting] his fabled demonism by playing the clown, the village idiot, the marionette.”

The official name of the tour was ‘American Tour 1972’. However, among the press and fans the tour is widely known as the ‘Stones Touring Party 1972’, derived from the laminates handed out by the management to crew, family, friends and press, granting access to the various area’s at the concert venues and hotels. ‘Stones Touring Party’ was then shortened to ‘STP’, the street name of the drug 2,5-Dimethoxy-4-methylamphetamine, where STP stands for “Serenity, Tranquility and Peace”. In 2015 Jose Cuervo in association with the Rolling Stones launched a brand of tequila with a marketing campaign stating that the STP Tour was known as the ‘tequila sunrise tour’. This statement does not hold any historical truth. 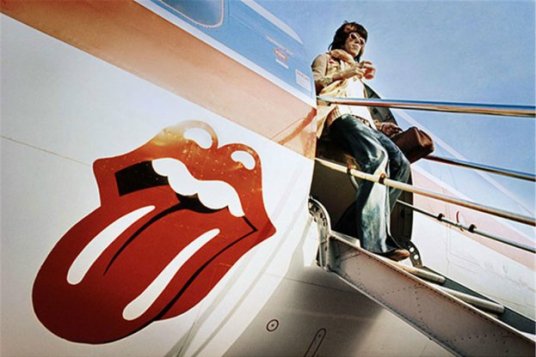 Several writers were assigned to cover the tour. Truman Capote was commissioned to write a travelogue for Rolling Stone. Accompanied by prominent New York socialites Lee Radziwill and Peter Beard, Capote did not mesh well with the group; he and his entourage abandoned the tour in New Orleans before resurfacing for the final shows at Madison Square Garden.[13] Having struggled with writer’s block since the publication of In Cold Blood in 1966, he failed to complete his feature, tentatively titled “It Will Soon Be Here.” Rolling Stone ultimately recouped its stake by assigning Andy Warhol to interview Capote about the tour in 1973. In the interview, Capote alleged that tour doctor Laurence Badgley (a 1968 graduate of the Yale School of Medicine who was later retained by Led Zeppelin for their 1977 North American tour) had a “super-Lolita complex” and initiated the statutory rape of a high school student (also filmed by Robert Frank) on the band’s business jet during a flight to Washington, D.C.

Terry Southern, a close friend of Keith Richards since the late 1960s, wrote about the tour for Saturday Review in what proved to be one of his last major journalistic assignments. Southern and Beard developed a friendship on the tour and collaborated intermittently on The End of the Game (an unfilmed screenplay) for over two decades.

Robert Greenfield’s S.T.P.: A Journey Through America With The Rolling Stones (derived from his tour reportage for Rolling Stone) was published in 1974. Greenfield had already covered the band’s 1971 British Tour for Rolling Stone and was granted unlimited access to the band’s affairs. Although Greenfield was initially assigned as the magazine’s sole correspondent for the tour before a last-minute deal was reached with Capote, he was permitted to continue in his assignment, paralleling Hunter S. Thompson and Timothy Crouse’s two-pronged coverage of the contemporaneous 1972 United States presidential election for the magazine.

Dick Cavett hosted a one-hour special shot before the concluding New York engagement of performances. Capote appeared on The Tonight Show Starring Johnny Carson and several other talk shows, talking about his experiences on the tour. New York radio host Alex Bennett reported on the first Madison Square Garden show as soon as he got back from it.

No official live album was released from the tour at the time, although one was planned as far as having a front and back cover designed and studio touch-ups being made on several recorded tracks. Eventually, the album was shelved due to contractual disputes with Allen Klein.

Two films of the tour were produced. The concert film Ladies and Gentlemen: The Rolling Stones! only saw a limited theatrical release in 1974. Aside from an Australian VHS release in the early 1980s, it wasn’t officially available on home video until 2010. The film’s complete soundtrack was released as an album by Eagle Records/Universal in 2017.

Robert Frank’s Cocksucker Blues is a documentary shot in cinéma vérité style; several cameras were available for anyone in the entourage to pick up and start shooting backstage parties, drug use, and roadie and groupie antics, including a groupie in a hotel room injecting heroin. The film came under a court order which forbade it from being shown other than in very restricted circumstances. The film has since surfaced online in various bootlegged versions of varying quality. (by wikipedia)

And here´s a superb bootleg from this tour.

This is an excellent soundboard recording from one of the best Stones’ tours ever, featuring the great Mick Taylor on leadguitar.

All songs written bei Keith Richards & Mick Jagger,
except “Love In Vain” which was written by Robert Johnson