Sir Elton Hercules John CH CBE (born Reginald Kenneth Dwight; 25 March 1947) is an English singer, songwriter, pianist, and composer. Collaborating with lyricist Bernie Taupin since 1967 on more than 30 albums, John has sold more than 300 million records, making him one of the best-selling music artists. He has more than fifty Top 40 hits in the UK Singles Chart and US Billboard Hot 100, including seven number ones in the UK and nine in the US, as well as seven consecutive number-one albums in the US. His tribute single “Candle in the Wind 1997”, rewritten in dedication to Diana, Princess of Wales, sold over 33 million copies worldwide and is the best-selling single in the history of the UK and US singles charts. He has also produced records and occasionally acted in films. John owned Watford F.C. from 1976 to 1987 and from 1997 to 2002. He is an honorary life president of the club.

Raised in the Pinner area of Greater London, John learned to play piano at an early age, and by 1962 had formed Bluesology, an R&B band with whom he played until 1967. He met his longtime musical partner Taupin in 1967, after they both answered an advert for songwriters. For two years, they wrote songs for artists including Lulu, and John worked as a session musician for artists including the Hollies and the Scaffold. In 1969, John’s debut album, Empty Sky, was released. In 1970, his first hit single, “Your Song”, from his second album, Elton John, reached the top ten in the UK and the US. John has also had success in musical films and theatre, composing for The Lion King and its stage adaptation, Aida and Billy Elliot the Musical.

John has received five Grammy Awards, five Brit Awards, two Academy Awards, two Golden Globe Awards, a Tony Award, a Disney Legends award, and the Kennedy Center Honor. In 2004, Rolling Stone ranked him 49th on its list of 100 influential musicians of the rock and roll era.[10] In 2013, Billboard ranked him the most successful male solo artist on the Billboard Hot 100 Top All-Time Artists, and third overall, behind the Beatles and Madonna.[11] He was inducted into the Rock and Roll Hall of Fame in 1994 and the Songwriters Hall of Fame in 1992, and is a fellow of the British Academy of Songwriters, Composers and Authors. He was knighted by Elizabeth II for “services to music and charitable services” in 1998.[12] John has performed at a number of royal events, such as the funeral of Princess Diana at Westminster Abbey in 1997, the Party at the Palace in 2002 and the Queen’s Diamond Jubilee Concert outside Buckingham Palace in 2012. 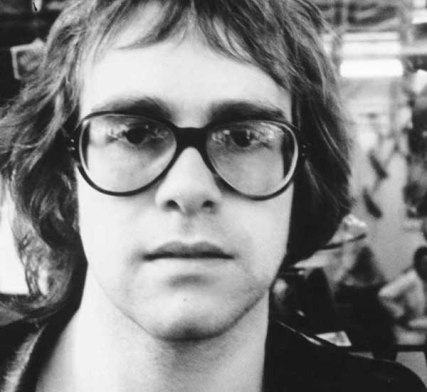 John has been involved in the fight against AIDS since the late 1980s. In 1992, he established the Elton John AIDS Foundation, and a year later he began hosting his annual Academy Awards Party, which has since become one of the biggest high-profile Oscar parties in the Hollywood film industry. Since its inception, the foundation has raised over £300 million.[14] John, who announced he was bisexual in 1976 and has been openly gay since 1988, entered into a civil partnership with David Furnish on 21 December 2005; they married after same-sex marriage became legal in England and Wales in 2014. Presenting John with France’s highest civilian award, the Legion d’honneur, in 2019, French President Emmanuel Macron called him a “melodic genius” and praised his work on behalf of the LGBT community. In 2018, John embarked on a three-year farewell tour.

Empty Sky is the debut studio album by British singer-songwriter Elton John, released on 6 June 1969. It would not be released in the United States until January 1975 (on MCA), with different cover art, well after John’s fame had been established internationally.

Recorded during the winter of 1968 and spring of 1969 in a DJM Records 8-track studio, Empty Sky is the only album in the early part of Elton John’s career not produced by Gus Dudgeon, instead helmed by friend and DJM staffer Steve Brown. The album was released in the UK in both stereo and mono with the latter now being a rare collector’s item.

John plays harpsichord on several tracks, including “Skyline Pigeon”, which John has described as being “the first song Bernie and I ever got excited about that we ever wrote.”

John used musicians who were either his or Brown’s friends. Guitarist Caleb Quaye and drummer Roger Pope, both members of the band Hookfoot at the time, played on many of the tracks. (Quaye and Pope would rejoin John a few years later as part of his studio and touring band behind Rock of the Westies in 1975 and Blue Moves in 1976.) Tony Murray from The Troggs played bass. Empty Sky is the first appearance with John of then Plastic Penny and Spencer Davis Group member Nigel Olsson, who played drums on “Lady What’s Tomorrow?” (Olsson and fellow Spencer Davis bandmate, bassist Dee Murray, would soon join John as his early ’70s touring band.) Also listed in the production credits is Clive Franks, who would later produce John’s live sound in concert for a tremendous amount of his touring career, as well as occasionally co-produce with John on albums such as A Single Man and 21 at 33. The original sleeve design was done by David Larkham (billed as “Dave”), who would go on to create designs for John and other artists. 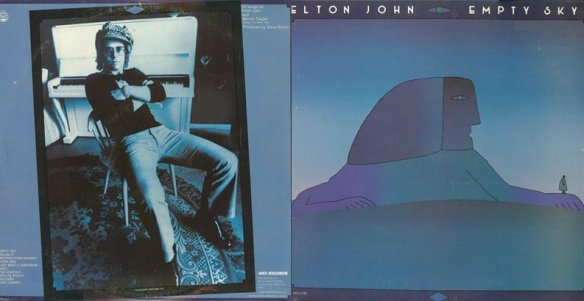 “Skyline Pigeon” is the most popular and best known song on the album, and is the only one which John, albeit infrequently, performs as part of his live shows. The more definitive version of “Skyline Pigeon” featuring an orchestra and piano backing in place of harpsichord was recorded for 1973’s Don’t Shoot Me I’m Only the Piano Player, and initially appeared as the B-side of “Daniel” in 1973. Another appearance of the song was in 1974, when a version recorded in London was featured as the opening track on the Here and There live LP and CD reissue. A version of the title track, “Empty Sky,” was also included at various stops on John’s 1975 tour.

Although John has since called the album naive, he does have fond memories of making the record. These include walking home from recording at 4 a.m. and lodging at the Salvation Army HQ in Oxford Street, which was run by Steve Brown’s father. “I remember when we finished work on the title track – it just floored me. I thought it was the best thing I’d ever heard in my life,” John recalled. He later recalled that he was “unsure what style I was going to be … [maybe what] Leonard Cohen sounds like.” (wikipedia)

Although he had made a number of re-recordings of popular songs for a budget record label in the late ’60s, Empty Sky was the first true solo album Elton John recorded after leaving Bluesology; it also marked the beginning of his long and fruitful collaboration with lyricist Bernie Taupin. Empty Sky is quite indicative of the post-Sgt. Pepper’s era. With its ambitious arrangements and lyrics, it’s clear that John and Taupin intended the album to be a major statement.

Though it shows some signs of John’s R&B roots, most of the album alternates between vaguely psychedelic rock and Taupin and John’s burgeoning pop songcraft, capped off by a bizarre reprise of brief moments of all of the songs on the record. There aren’t any forgotten gems on Empty Sky, but it does suggest John’s potential. (by Stephen Thomas Erlewine)

In 1975, Elton John’s music was all over the place. I was in a record store where his catalogue display was right out front. There was one album I had never seen but for some reason I was intrigued by the cover and the liner notes said it was from 1969. I decided to give it a try.
I loved how it sounded and had such a great feeling. The harpsichord was prominent on many songs. I played over and over and it became my favorite of his.
I think it has aged well. There, of course, others that are more well known and popular, but this is where it started. (Michael Nieradka)

All songs written by Elton John and Bernie Taupin. 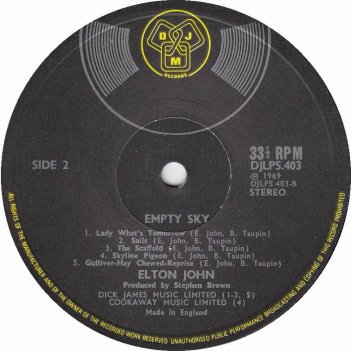