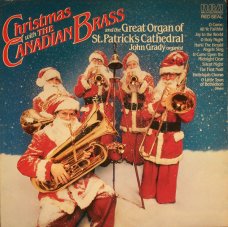 The Canadian Brass is a Canadian brass quintet formed in 1970 in Toronto, Ontario, by Charles Daellenbach (tuba) and Gene Watts (trombone), with horn player Graeme Page and trumpets Stuart Laughton and Bill Phillips completing the quintet. As of 2018, Daellenbach is the sole original member in the group, with the other members being trumpeters Caleb Hudson and Chris Coletti, hornist Jeff Nelsen and trombonist Achilles Liarmakopoulos.

The group is known for the use of humor in their live performances, and an irreverent attitude that includes their signature attire of formal black suits with white running shoes. They have performed internationally and have recorded more than 130 CDs and DVDs. They have commissioned, performed, and recorded hundreds of transcriptions and original works for brass quintet. Canadian Brass has a library of more than 600 compositions and arrangements specially written for them.

The quintet was named the “one of the most popular brass ensembles in the world” in 2015 by The Washington Post. They have appeared on all the major North American TV networks, The Tonight Show Starring Johnny Carson, CBS Sunday Morning and Hunan TV in China.

The Canadian Brass originally included “ensemble” in its name, but in 1971, the Hamilton Philharmonic’s then-music director Betty Webster suggested that the quintet should be officially named the Canadian Brass. 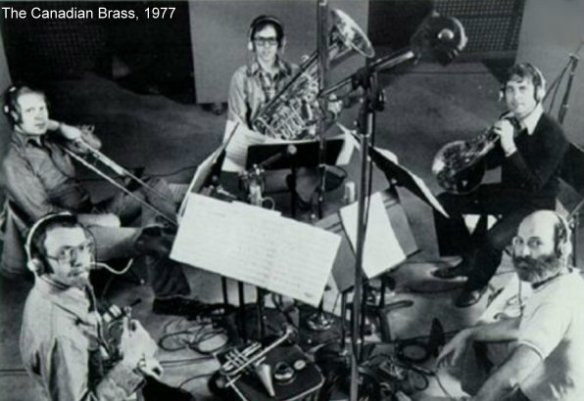 Canadian Brass made its American debut at the Kennedy Center in Washington, D.C. in 1975. A significant international visit was made in 1977 when they were sent to mainland China as a cultural exchange between Canada and China.[2] The ensemble was chosen and sent on this cultural mission by then-Prime Minister Pierre Elliott Trudeau. They are now remembered in China as the first Western musicians allowed into China after the Cultural Revolution had suppressed Western art and music. 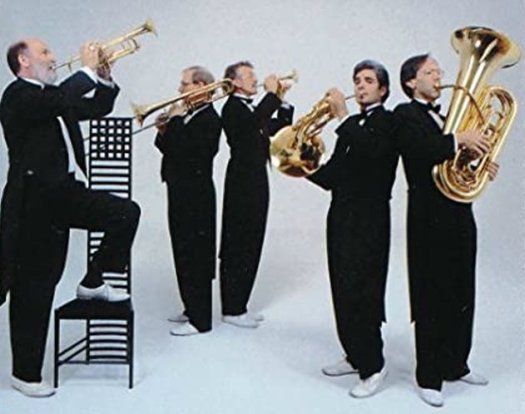 In 1979, the Canadian Brass became the first chamber ensemble to solo the MAIN stage at Carnegie Hall. As The New York Times reported, their sold-out performance “clearly establishes the Canadian Brass as a main-stage attraction.” In addition to their heavy international touring schedule for nearly 50 years, and their extensive recording catalog, they have been on the Billboard charts in each decade of their existence, recording for RCA Records, BMG, Columbia Records, SONY, Philips Decca, Steinway Label and Opening Day Entertainment occupying virtually all the spots open to brass players. As of 2018, the Canadian Brass recordings have been released by Toronto-based Opening Day Entertainment Group (ODEG), headed by the Daellenbachs. 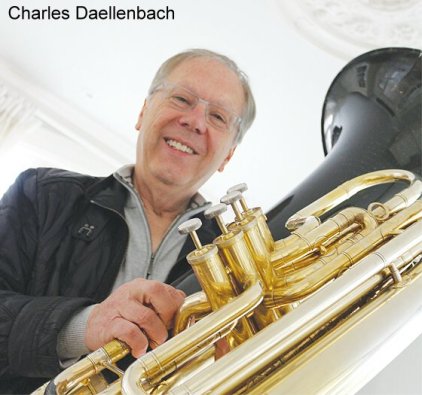 The first recordings the Brass created were for the CBC radio transcription service, including their very first major concert in Toronto the summer of 1971. Record producer Eleanor Sniderman discovered the group and put the group on its first commercial LPs in 1973 and 1974, which then attracted major artist management in New York City. In 1977, the same year the Brass represented North America in the People’s Republic of China, a live radio broadcast on WQXR was heard by multi-Grammy award-winning producer Jay Saks, who was impressed, and brought the group to the prestigious RCA Red Seal label. The ensemble was then scouted by CBS records, soon to be Sony, where they recorded with the Berlin Philharmonic, New York Philharmonic and Boston Symphony brass players, establishing a repertoire that is now standard for expanded brass ensembles. 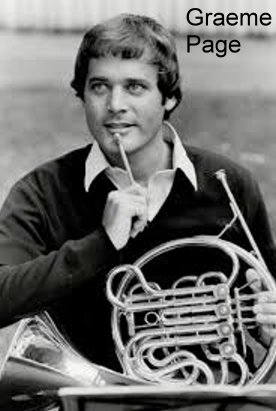 When the group’s former manager, Costa Pilavachi, assumed the post of “Head of A&R” at Philips Records in the Netherlands, he lured the Brass to his new label, establishing a new European presence for the group. In 1992, the Brass returned to RCA, releasing fourteen albums in eight years, including Bach’s Goldberg Variations, for which the group won a German Echo award.

Stuart Laughton founded Opening Day in 1993, as a recording company specializing in Canadian performers and compositions (five JUNO nominations and a win resulted). By 2003 Laughton was seeking a partner for the heavy work load, and in talks with Chuck Daellenbach agreed to share, then relinquish control. Daellenbach extended the scope of the company, creating Opening Day Entertainment Group and entering into partnership with producer Trey Mills later that year. Mills signed over to Mary Beth Daellenbach in December, 2007. Opening Day Entertainment Group remains an independent recording label now directed by Mary Beth Daellenbach. As of 2014 ODEG has released over 70 CDs for artists in a variety of genres. (wikipedia) 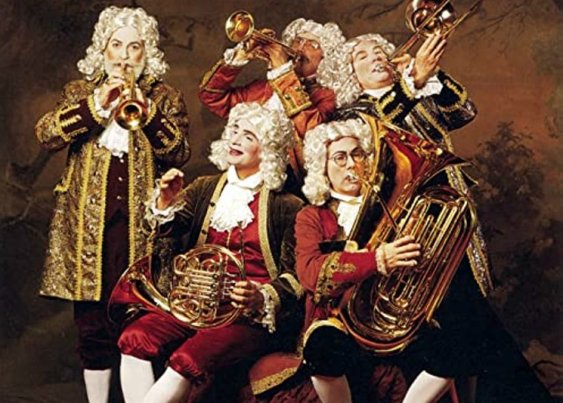 Every year I try to add a few more CDs to my Christmas music collection. As a trumpet player, I am always looking for brass music…especially with organ. I cannot believe I had not found this CD previously! As I expected, the level of playing and musicianship is top notch. The arrangements are often unique and interesting. At no point did I feel like I was listening to the same thing over and over again. There are a few times where the sound of the organ really shines…especially at the end of a few of the tracks. I enjoy that they allowed the reverb of the church to be captured fully in the recording. Cranking up this CD is a must! If I am being picky, I would have preferred more organ in some of the arrangements…but that is just personal preference. Definitely a must have for any friend of  brass or organ music! (E. Sikorski) 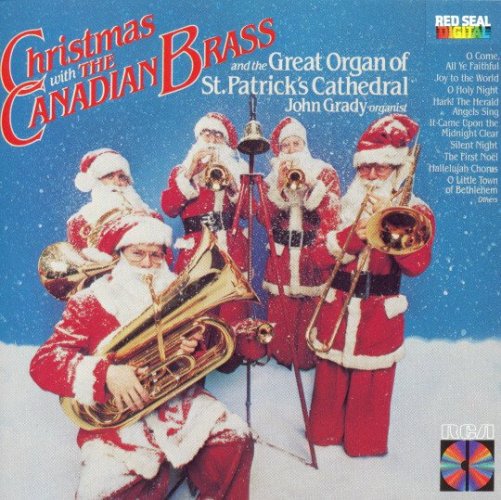 For anyone who enjoys Brass arrangements, this one is at the top of my list. The arrangement of Hark the Herald Angels sing is my all-time favorite. Great combo of organ with the brass! The intonation and interpretation of this group on this piece is one that I could listen to over and over- and I have!! (Dennis Warner) 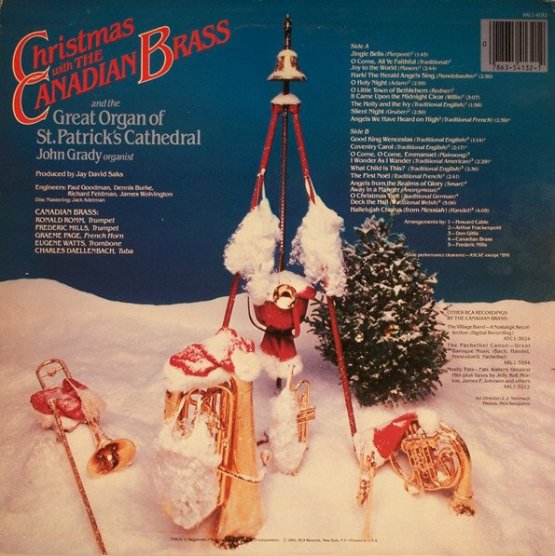 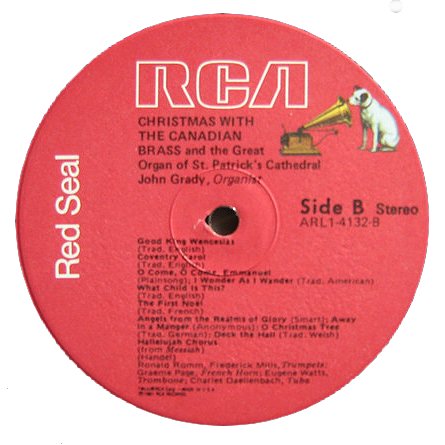 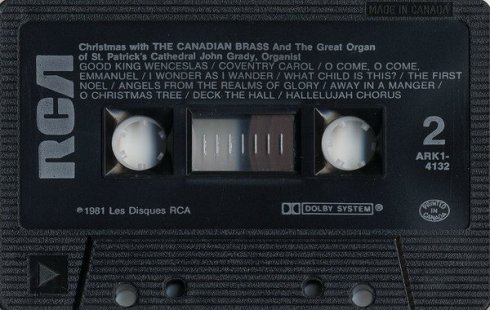 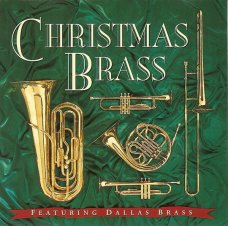