Roderick Michael Price (22 November 1947 – 22 March 2005) was an English guitarist who was best known for his work with the rock band Foghat. He was known as ‘The Magician of Slide’, and ‘Slide King of Rock And Roll’, due to his slide guitar playing.

At the age of 21, Price joined the British blues band Black Cat Bones (replacing Paul Kossoff), which recorded one album, Barbed Wire Sandwich. The album was released at the end of 1969, when British blues was being supplanted by rock, and though artistically successful it was a commercial failure. The band dissolved, and Price joined Foghat when the group was first formed in London in 1971. He played on the band’s first ten albums, released from 1972 through to 1980. His signature slide playing ability helped propel the band to being one of the most successful rock groups in the United States during the 1970s. His slide playing was featured distinctly on Foghat songs “Drivin’ Wheel”, “Stone Blue”, and the group’s biggest hit, “Slow Ride”, which was a top 20 hit in 1976. Price’s final performance with Foghat before he left for the first time was at the Philadelphia Spectrum on 16 November 1980. He was replaced by guitarist Erik Cartwright. 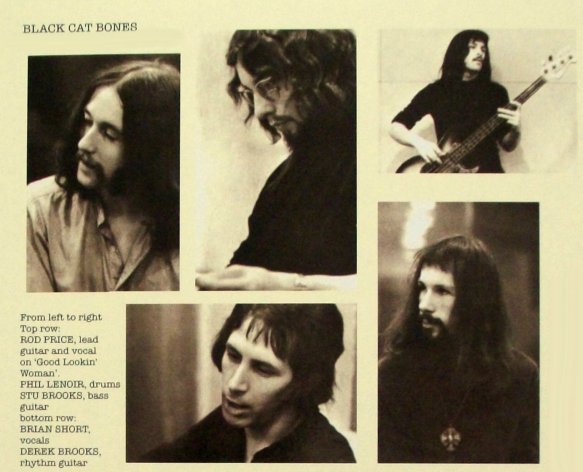 Price virtually disappeared from the music business until 1990, when he briefly joined forces with Foghat vocalist Dave Peverett. Foghat had actually split a few years after Price left, and drummer Roger Earl had reformed the band without Peverett, who decided to start up his own version of the band and invited Price to participate. Price was in and out of the band for the next couple of years, but agreed to commit totally to a reunion featuring all four original Foghat members in 1993.

Foghat then released Return of the Boogie Men in September 1994. The album failed to gain as much commercial success as the band had previously earned, but nevertheless they hit the road and began touring regularly across North America, rebuilding their reputation as an excellent live act. Foghat released the Road Cases CD in 1998, a live recording. A DVD entitled Two Centuries of Boogie, was recorded at a 1996 concert in Dayton, Ohio.

Price once again left Foghat in 1999, after vocalist Dave Peverett was diagnosed with cancer. The singer returned to the band after several months of recuperation, but by this point Price had decided he wanted to step away from full-time road work and parted company with Foghat. He was replaced by guitarist Bryan Bassett.

Price began a solo career at the beginning of the 21st century, and returned to his blues roots. He released two CDs, Open (2002) and West Four (2003).[2] He toured and performed in blues clubs across the United States, and was featured at guitar seminars and workshops as well during this period.

Price died at his home in Wilton, New Hampshire, on 22 March 2005, after he fell down a flight of stairs after suffering a heart attack. He was survived by his wife Jackie and five children.

Price was married to Robyn Renzi in the 1970s but they divorced in 1979. The marriage produced no children.

And here´s is his first solo-album:

Of all the smoky, anonymous blues clubs, I have to walk into this one. And what a find. A tight combo playing slow to medium paced numbers, delivered with a wailing harp and searing, melodic slide. Rod Price was an unsung hero when he died a few years ago. If you’re a fan of electric bottleneck, you need this album. (by Craig)

This is the first ever solo disc from this former Foghat lead guitarist, and it is a return to the music that he loves the best. The music here is the blues as seen and translated by the English guitarists who started the revitalization of the blues as a viable medium. He revisits the standards of many of the old blues masters: Sonny Boy Williamson, Robert Johnson, and Slim Harpo, to name a few. He takes his slide guitar to the forefront as the lead instrument on these, leaving the lead vocals to his old buddy and harp player, Shakey Vick (a happy and long-overdue reunion). The interplay between these two is a pleasure to hear; listen to the way they complement and play off each other on the Chester Burnett standard “Sitting on Top of the World.” There is nothing earthshakingly new here, but there is some of the finest lead guitar work ever, with a band that allows plenty of room while at the same time giving good solid support. It brings back and adds to that wonderful style that was first brought to listeners by Eric Clapton, Jeff Beck, Peter Green, and the rest of the British guitarists. (by Bob Gottlieb)

Rod Price at his finest!!
This album is excellent!! If you’re a blues/rock fan then you will appreciate this album. More of a blues sound than Foghat,but it still rocks! (by jspohr) 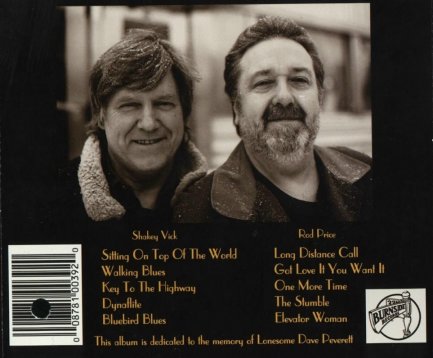 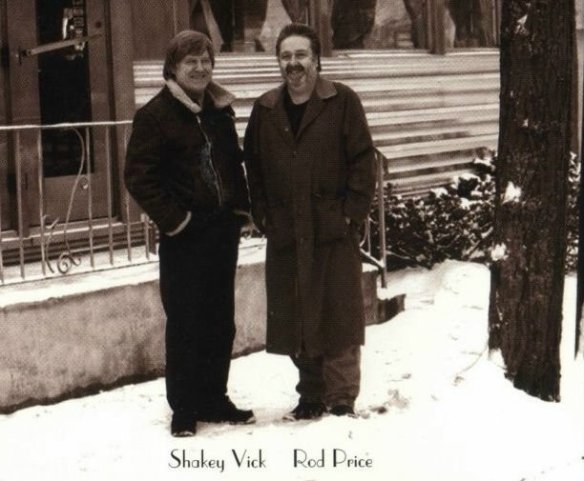 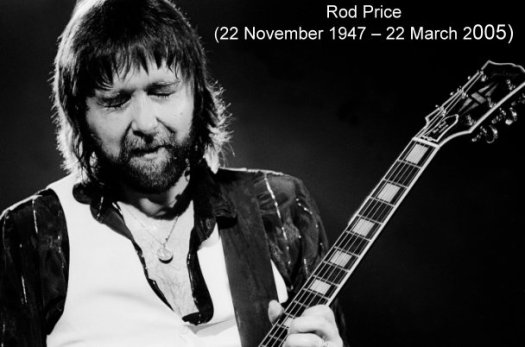