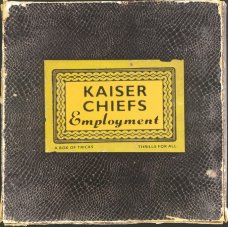 Kaiser Chiefs are an English indie rock band from Leeds who formed in 2000 as Parva, releasing one studio album, 22, in 2003, before renaming and establishing themselves in their current name that same year. Since their formation the band has consisted of lead vocalist Ricky Barnett-Wilson, guitarist Andrew “Whitey” White, bassist Simon Rix, keyboardist Nick “Peanut” Baines and since 2013 drummer Vijay Mistry, who replaced founding drummer Nick Hodgson following his departure from the band in late 2012. 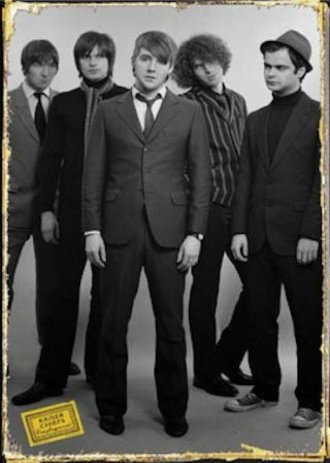 Their album Employment enjoyed critical and commercial success with over three million copies sold. It has won the band three Brit Awards, including the award for Best British Group, a NME award for Best Album, and was shortlisted for the Mercury Prize. 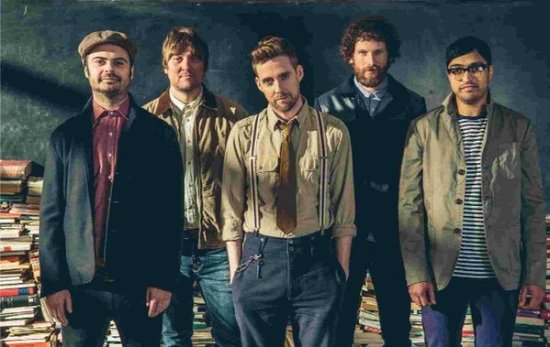 The album originally charted at number three in the UK Albums Chart on 13 March 2005, but charted at number two almost a year after its release, due to the band’s success at the Brit Awards. Employment went on to become the fourth best-selling album in the United Kingdom that year. 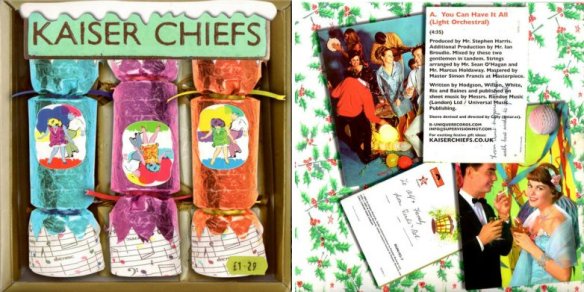 It was Kaiser Chiefs themselves that chose to work with producer Stephen Street. According to Street he had been introduced to Nick Hodgson after an Ordinary Boys gig in which Kaiser Chiefs were the support act. Hodgson gave Street a demo CD and said that they would love to work with him. The band’s new label B-Unique suggested they try a test session with Street. In mid-August 2004 they visited the producer at a basement studio space at Olympic Studios he was renting with engineer Cenzo Townsend and recorded “I Predict a Riot”. 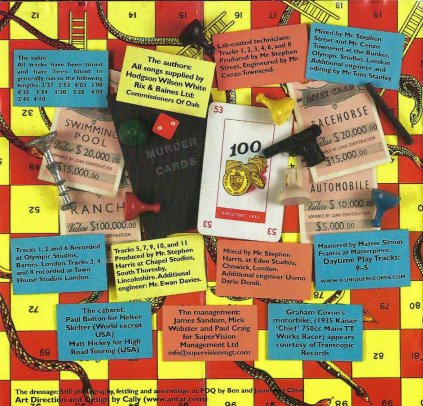 According to manager James Sandom in an interview with HitQuarters, the album was recorded in a rush because the band were under very tight time constraints and touring at the time. As a result, they did not have enough time to get to know Stephen Street and relax in his company.[8] The motorbike that appears at the beginning of “Saturday Night” is owned and ‘played’ by Graham Coxon. The sleeve notes read “Graham Coxon’s motorbike, (1935 Kaiser ‘Chief’ 750cc Manx TT Works Racer) appears courtesy of Transcopic Records”. “Caroline, Yes” is named in reference to The Beach Boys’ song “Caroline, No”. The track’s original working title was called “Hail to the Chief”, according to Kaiser Chiefs’ book A Record of Employment.

Inspired by that moment sometime in the late ’70s when punk gave birth to new wave (and looked back to the heyday of ’60s mod for inspiration), the Kaiser Chiefs’ debut, Employment, expands on the sharp, sussed sound of their singles in surprising ways. A look at British life and its discontents, Employment is a remarkably ambitious debut album that aspires, right down to its cheeky liner notes and graphics, to be the Parklife or All Mod Cons of the 2000s. While it doesn’t quite reach those heights, it does have its fair share of memorable songs. Chief among them is the one-two punch of “Everyday I Love You Less and Less,” a tightly wound “get lost” song that seamlessly mixes the band’s punky guitar-bass-drums attack with synths and drum machines, and their signature single, “I Predict a Riot,” another prime example of the band’s barbed, pissed-off pop. “Saturday Night” is another standout; with its brassy stomp and lyrics like “watching the boys on their motorbikes/I want to be like those guys,” it’s a Quadrophenia-like understanding of what it is to be lonely in a crowd. 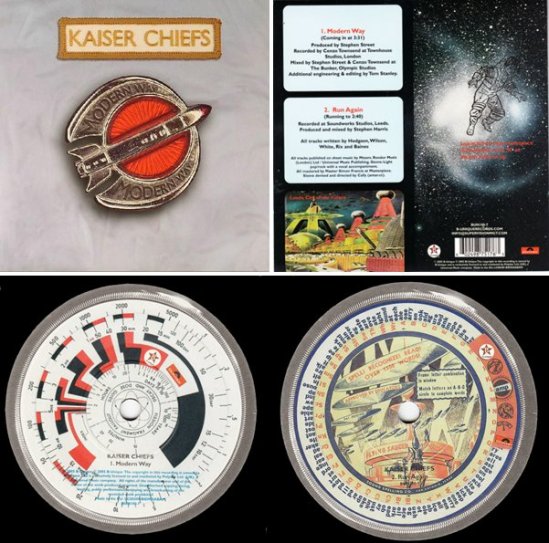 On songs like moody-yet-stylish “Modern Way” and the cheeky, contradictory “Na Na Na Naa,” the Kaiser Chiefs sound so effortlessly “on” that it’s something of a surprise when Employment begins to lose momentum. Despite its pretty ’60s pop melody, “You Can Have It All” drags a bit, while the vaudeville-tinged “Time Honoured Tradition” and “Born to Be a Dancer” are too precious and theatrical for their own good. Although it’s not among their best songs musically, and its Beach Boys piss-take title is a little annoying, “Caroline, Yes” is one of the Kaiser Chiefs’ more interesting bits of songwriting: on the surface, the narrator is upset because the other guy took Caroline away from him, but what really gets him is that the other guy is “everything I want to be in my life.” Likewise, Employment ends with “Team Mate,” a tantalizingly short character sketch that is also the band’s best ballad. The Kaiser Chiefs’ ambition is a double-edged sword: it’s admirable that they wanted to branch out in so many directions on their first full-length, but it might have been a better — or safer, at least — move to stick to the amazing rockers that made their name in the first place. Employment is an uneven but still very promising debut that suggests that one day the Kaiser Chiefs will pull off something even more ambitious. (by Heather Phares) 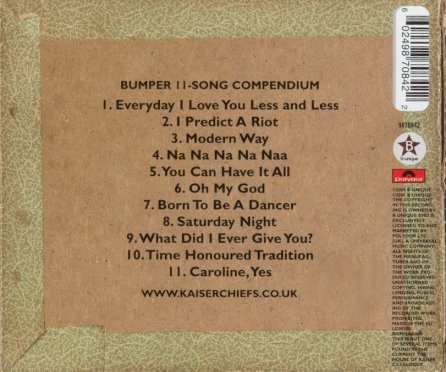 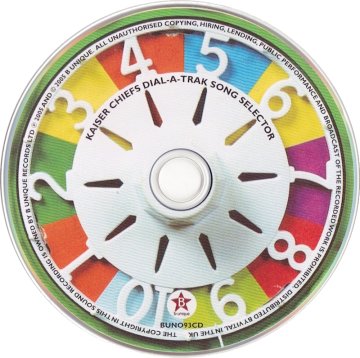 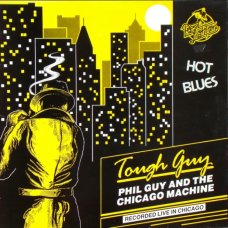 Phil Guy (April 28, 1940 – August 20, 2008) was an American blues guitarist. He was the younger brother of blues guitarist Buddy Guy. Phil and Buddy Guy were frequent collaborators and contribute both guitar and vocal performances on many of each other’s albums.

Guy was born in Lettsworth, Louisiana. He played with the harmonica player Raful Neal for ten years in the Baton Rouge area. He then relocated to Chicago in 1969, where he joined his brother’s band, at the time when his brother was becoming known as an innovator in blues guitar. The brothers collaborated extensively with Junior Wells in the 1970s.

Guy recorded a number of albums under his own name in the 1980s and 1990s,[3] branching out into soul and funk. He can be seen in his self-described hippie phase in the film Festival Express, in which the Guy band tours southern Canada by train in 1970 with the Grateful Dead, Janis Joplin and the Band. Guy worked with Maurice John Vaughn in 1979, notably converting him into a blues musician.

Guy died of prostate cancer on August 20, 2008, in Chicago Heights, Illinois, just a few months after diagnosis of the disease. (wikipedia) 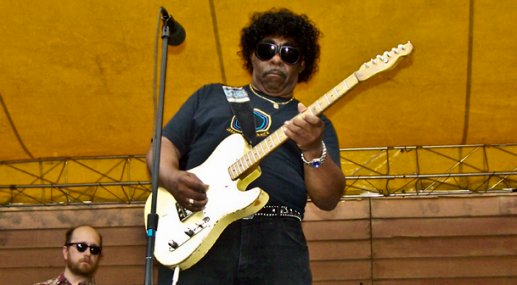 Phil Guy didn’t eclipse his older brother Buddy’s status as a blues superstar, and in reality, Phil’s funky brand of blues was not captured correctly for posterity. But he remained an active attraction on the Chicago circuit, following in his sibling’s footsteps and patiently waiting for his own star to rise up until his death. Like his sibling, Phil Guy played with harpist Raful Neal (for a decade) before leaving the Baton Rouge scene for Chicago in 1969. There he played with his brother’s high-energy organization as well as behind harpist Junior Wells (Phil handled guitar duties with Sammy Lawhorn on Wells’ underrated mid-’70s Delmark album On Tap). Phil Guy cut albums of his own for JSP; they were generally lacking in originality if not spirit. Phil Guy lost his battle with liver and kidney cancer in August of 2008. (by Bill Dahl) 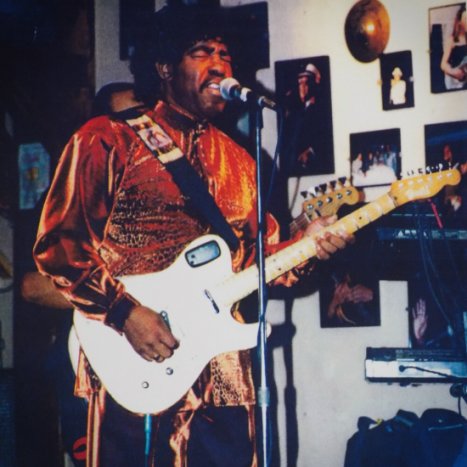 Any recording with Phil Guy on it is cause to rejoice. Buddy’s younger brother (sadly, now deceased) was an awesome guitarist and band leader in his own right. Deserves more recognition, though that won’t help him now. Great live set in Chicago in front of the home crowd. Seriously satisfying. (Joseph Hofmann) … 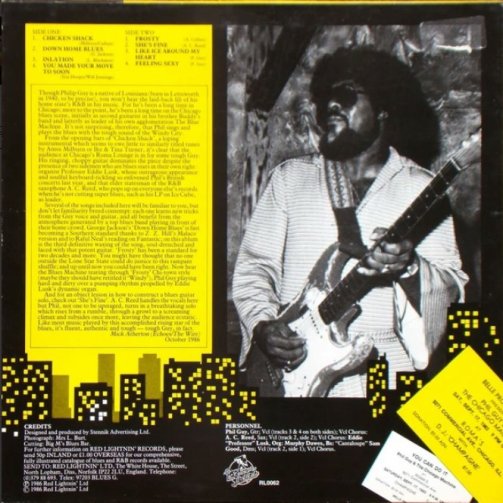 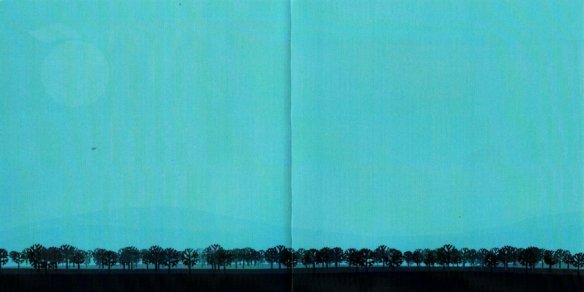 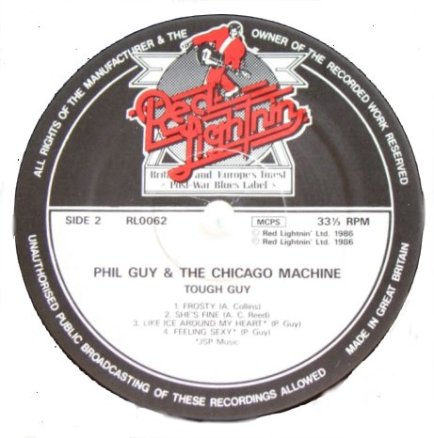 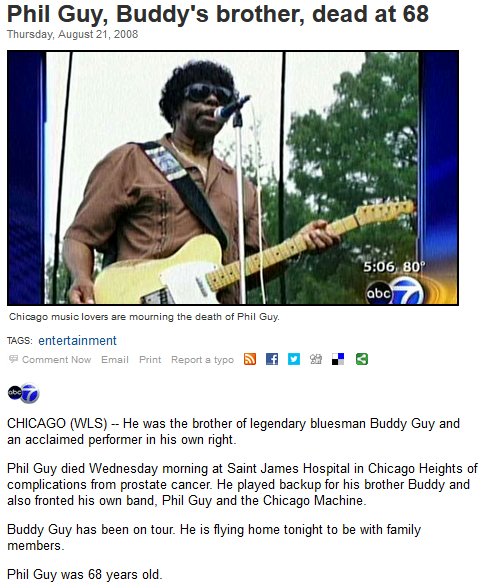