Roden’s first band was The Raiders followed by The Shakedown Sound which also included the guitarist, Kevyn Gammond, and keyboard player, August Eadon (aka Gus Yeadon).

In 1966, he joined The Alan Bown Set as their new lead singer. Although their records rarely charted, Roden and the band did pick up a considerable fan base in London, and belatedly became a minor star on the Northern soul scene, with the release of their single, “Emergency 999”.

He remained with the Alan Bown through to the late 1960s, but left after recording the album The Alan Bown! His vocals were re-recorded by his replacement Robert Palmer for the UK release of the album, although Roden’s original vocals remained on the US release. Roden later appeared as a backing vocalist to Palmer on his 1983 appearance on The Tube.

In 1970, Roden returned to Worcestershire and formed Bronco who toured extensively with Island Records’ label-mates Traffic, Free, Mott the Hoople, Fotheringay, and John Martyn but left after two albums to embark on a solo album. During this period, he also sang on Wildlife, the third Mott the Hoople album, and sang and played on albums by Carol Grimes, Jim Capaldi, Sandy Denny, and sang lead vocals on Keef Hartley’s 1973 album Lancashire Hustler.

His solo album plans were sidelined when, in the same year, he was asked to team up with ex-Doors John Densmore and Robby Krieger in The Butts Band, together with Phil Chen (bass) and Roy Davies (keyboards). Their first album was recorded in London and Kingston, Jamaica and released in the United States on Blue Thumb Records and Island Records (rest of the world). The Butts Band played a short US tour including multiple dates at New York’s Max’s Kansas City, a handful of British dates including opening for The Kinks at London’s Finsbury Park Astoria, later The Rainbow Theatre as well as recording one session for BBC TV’s The Old Grey Whistle Test after which Roden, Chen, and Davies left the group.

Roden finally emerged as a solo artist in the mid 1970s on Island Records with his 1974 self-titled solo album. It was recorded at Olympic and Basing Street Studios (now known as Sarm West Studios) in London as well as at Sea-Saint Studios in New Orleans, Louisiana. This record included contributions from Allen Toussaint and The Meters from the US sessions and in London, John Bundrick and Mick Weaver (keyboards), Steve Webb (guitar), Richard Bailey, and Simon Kirke (drums). 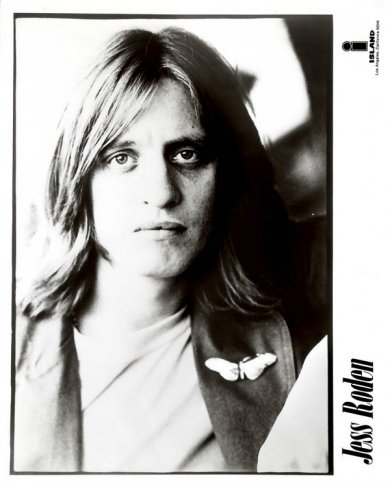 He then formed The Jess Roden Band (originally Iguana – based in Southampton). The initial album sessions were with Steve Smith (and featured Steve Winwood on Hammond organ), but these were eventually discarded in favour of producer Geoff Haslam, with whom the group’s first two studio album were recorded – Keep Your Hat On and Play It Dirty, Play It Class. A major touring draw, the band never achieved significant record sales and disbanded in early 1977. This was after the release of their live album, Blowin’, which was recorded during capacity shows at Birmingham Town Hall and Leicester University in late 1976. Their final show was, however, also recorded and later issued as Live at the BBC.

Following the ending of the JRB, Roden relocated to New York City and cut two further solo albums for Island (The Player Not The Game and Stonechaser) after which his association with Island ended. He formed The Rivits with Peter Wood (who had co-written “Year of the Cat” with Al Stewart), for one album Multiplay; the album was released by Antilles in North America and via Island for the rest of the world. The Rivits played two UK shows only; one in Stamford in Lincolnshire, the other at The Venue in Victoria, London.

During initial sessions for a second Rivits album that had begun to be recorded at Compass Point Studios in the Bahamas, Roden sang back-up vocals for Grace Jones’, Pull Up to the Bumper. With the sessions incomplete (Woods had to leave to re-join Pink Floyd’s band of musicians for The Wall tour) and on returning to New York, Roden and Island parted for the final time.

He began a new career as a graphic artist while, at the same time, recording Seven Windows, an album that was produced by Steve Dwire (who had played bass on The Rivits’ album) and A. T. Michael MacDonald that featured the cream of New York-based session players / arrangers (including Elliot Randall, Mark Egan, Jack Waldman, Rob Mounsey, Michael Dawe, Lou Marini, and Paul Buckmaster). Just before the album was released, Roden returned to live and work in the UK.

Combining graphic art with music, he recorded two albums with a new band, The Humans (named by Jim Capaldi) with a line-up that featured Gary Grainger, Bill Burke and Nick Graham; the group also recorded with Steve Winwood and Jim Capaldi. Subsequent to the release of both records and due to work commitments, Roden’s live appearances became increasingly rare with occasional performances with the SAS band that featured Roy Wood, Roger Taylor, Brian May, and Paul Young. 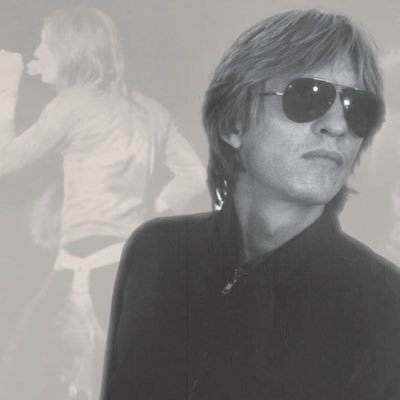 In 2009, Lemon Recordings (a subsidiary of Cherry Red) issued a ‘Best Of…’ and, a year later, BGO issued both Bronco albums as a single CD package.

During the winter of 2009, deep archive research began into a full-scale Anthology – designed to encompass Roden’s entire musical career. During this process, well over 800 pieces of music were logged (and in the vast majority of instances, digitised for the first time) from which a career defining Anthology has been compiled. The set, Hidden Masters: The Jess Roden Anthology, which includes over 50% of previously unheard material – was issued as a limited edition, first pressing of 950 copies, 6-CD set by Hidden Masters in 2013. (wikipedia) 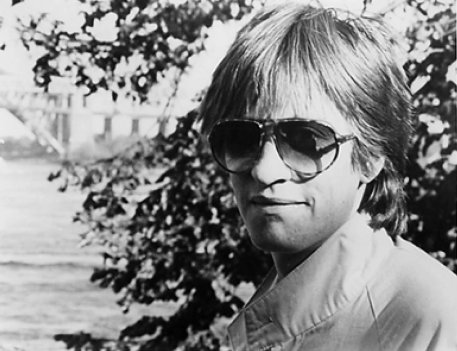 Jess Roden’s second solo album, the first to be credited to The Jess Roden Band was recorded at Island Studios in Hammersmith and features some quality musicians on nine well written tracks which are a mix of band member penned originals and covers. Roden is joined by guitarists Steve Webb and Bruce Roberts, bass player John Cartwright, drummer Pete Hunt and the horn section of Chris Gower and Ronnie Taylor.
The album kicks off with a cover of Randy Newman’s ‘You Can Leave Your Hat On’. This version is perhaps a little slower than the Tom Jones one released many years later but is far better. The Roden penned ‘Jump Mama’ follows and keeps the tempo high and upbeat. Album highlight ‘Blowin’ follows and showcases Roden’s blues soul vocal ability. Very reminiscent of Free it places Roden in the same bracket as Paul Rodgers, high praise indeed but more than deserved. ‘In A Circle’ features a great horn arrangement by David Wadsworth and some stellar playing by Ronnie Taylor (Alto) and Chris Gower (Trumpet). ‘I’m On A Winner With You’ closes side one on a more gentle note but without lowering the quality.

Side Two leaps out of the speakers straight away with the classy ‘Mama Roux’ from the pen of Doctor John Creaux. Once again Wadsworths horn arrangement is top notch. The following ‘Desperado’, a cover of the Eagles classic, is far superior to the original and Roden nails it as his own, giving it a soul and blues feel that the composers could never have managed. I was lucky enough to see Roden perform this song live without any accompaniment whatsoever to a packed house at his comeback gig in the nineties. To say you could have heard a pin drop would be an understatement. Billy Sherrill’s ‘Too Far Gone’ and another John Cartwright track ‘Send It To You’ close the album.

Roden is in my opinion, along with Frankie Miller, the most under rated of British singers from the seventies. A style which encompasses rock, blues and soul to name but three he really should be mentioned in the same breath as Paul Rodgers and the like. A couple of years before this release Roden had been touted as Ian Gillan’s replacement in Deep Purple such was his standing amongst other musicians. Quite why he has never achieved the level of success his ability deserves in quite frankly beyond me. by….. Martin Leedham…..~