Active from 1978 until being incapacitated by a stroke in 2013, he has recorded 20 studio albums and charted more than 50 singles on the Billboard Hot Country Songs charts, including sixteen that reached the No. 1 position. Considered a pivotal figure in the history of country music, Travis broke through in the mid-1980s with the release of his album Storms of Life, which sold more than four million copies. The album established him as a major force in the neotraditional country movement. Travis followed up his successful debut with a string of platinum and multi-platinum albums. He is known for his distinctive baritone vocals, delivered in a traditional style that has made him a country music star since the 1980s.

By the mid-1990s, Travis saw a decline in his chart success. In 1997, he left Warner Bros. Records for DreamWorks Records and then for Word Records, where he began recording more Christian material. Although the career shift produced only one more number-one country hit “Three Wooden Crosses”, Travis went on to earn several Dove Awards, including Country Album of the Year five times. Since his stroke, which severely limited his singing and speaking ability, he has released archival recordings and made limited public appearances. In addition to his singing career, he pursued an acting career, appearing in numerous films and television series, including The Rainmaker (1997) with Matt Damon, Black Dog (1998) with Patrick Swayze, Texas Rangers (2001) with James Van Der Beek, National Treasure 2 (2007) and seven episodes of the Touched by an Angel television series. He appeared in two episodes of the crime solving television series, Matlock.

Travis Sold over 25 million records and has won seven Grammy Awards,[4] six CMA Awards, eleven ACM Awards, 10 AMA Awards, eight GMA Dove Awards, and a star on the Hollywood Walk of Fame. In 2016, Travis was inducted into the Country Music Hall of Fame.

An Old Time Christmas is the fifth studio album and the first Christmas album released by country music artist Randy Travis. The album was certified Gold by the RIAA. (wikipedia)

Of these ten Christmas songs, some are old, some are new, and one is by Travis (“How Do I Wrap My Heart for Christmas,” written with Paul Overstreet). “God Rest Ye Merry Gentlemen” is outstanding. (by Brian Mansfield)

Originally released 1989, the iconic project is first Christmas record the celebrated artist ever released. After becoming a huge hit and earning Gold certification by the RIAA, Travis’ name was forever associated with the Holiday season. (countrynow.com) 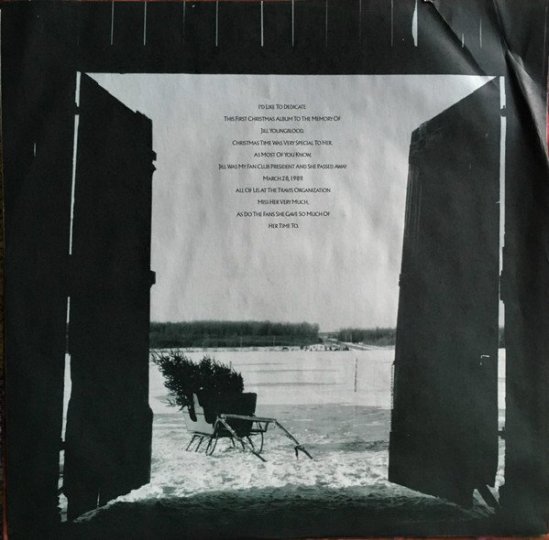