Spandau Ballet (/ˈspændaʊ ˈbæleɪ/ SPAN-dow BAL-ay) were an English new wave band formed in Islington, London, in 1979. Inspired by the capital’s post-punk underground dance scene, they emerged at the start of the 1980s as the house band for the Blitz Kids, playing “European Dance Music” as “The Applause” for this new club culture’s audience. They became one of the most successful groups of the New Romantic era of British pop and were part of the Second British Invasion of the Billboard Top 40 in the 1980s, selling 25 million albums and having 23 hit singles worldwide. The band have had eight UK top 10 albums, including three greatest hits compilations and an album of re-recorded material. Their musical influences ranged from punk rock and soul music to the American crooners Frank Sinatra and Tony Bennett.

Their debut single, “To Cut a Long Story Short”, reached No. 5 in the UK in 1980. It was the first of ten UK top 10 singles. The band peaked in popularity in 1983 with the album True, with its title track reaching No. 1 in the UK and the top five in the US. In 2011, it received a BMI award as one of the most played songs in US history with four million airplays. In 1984, they received a Brit Award for technical excellence and were the first act to be approached by Bob Geldof to join the original Band Aid line-up. In 1985, they performed at the Live Aid benefit concert at Wembley Stadium.

In 1990, the band played their last live show before a 19-year absence. In 1999, Hadley, Norman and Keeble launched an unsuccessful case in the High Court against Gary Kemp and his Reformation Publishing Company for a share of the band’s songwriting royalties. Spandau Ballet reformed in 2009 for The Reformation Tour, a sell-out “greatest hits” world tour. In 2014, their archive-only feature-length documentary biopic, Soul Boys of the Western World, was world-premiered at SXSW Film Festival in Austin, Texas. It was officially screened at the Rome, Ghent (Belgium) and NYC Doc film festivals and received its European premiere at the Royal Albert Hall, London.

In 2017, Hadley announced his departure from Spandau Ballet.[18] A year later, the band announced singer and actor Ross William Wild as their new frontman for a series of European live dates and a one-off show at Eventim’s Hammersmith Apollo.[19][20] In May 2019, Wild tweeted that he had quit the band “to pursue my own music with my band Mercutio”, while Spandau bass player Martin Kemp confirmed there were no further plans for Spandau to tour without original singer Hadley. 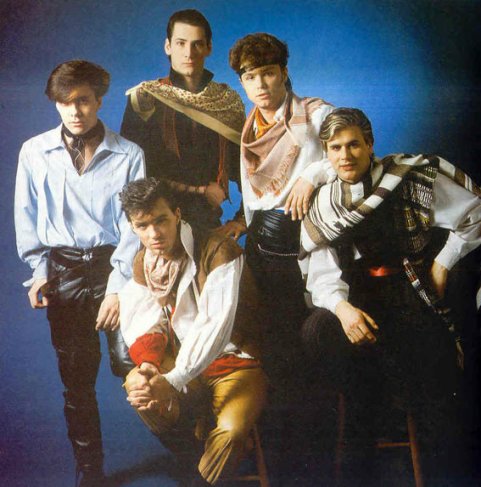 The Singles Collection is a compilation album by Spandau Ballet, released in November 1985 by Chrysalis Records. The album peaked at number 3 on the UK Albums Chart and was certified double platinum by the BPI within six weeks of release. It is the band’s biggest selling album in the UK, though despite its success, the album was released without the band’s approval as they were leaving Chrysalis Records and signed to CBS Records for their next album. (wikipedia)

An excellent round-up of the 15 hit singles that, between late 1980 and fall 1984, saw Spandau Ballet transcend every prediction ever levelled at their music, and establish themselves among the most versatile British bands of their era. From the utterly convincing white boy Funk of the early “To Cut A Long Story Short”, “The Freeze”, “Musclebound” and “Chant No 1”, through the bodyswerve to ballad-ville that ushered in the age of “True” and “Gold”, and onto the near-anthemic guitar pop of “Only When You Leave” and “Highly Strung”, The Singles Collection suffers only from its failure to tell the tale in strict chronological fashion. Tracing the band’s development, after all, is almost as satisfying as having their first few pounding moments all lumped together at the beginning – for was there any more satisfying sound than that? 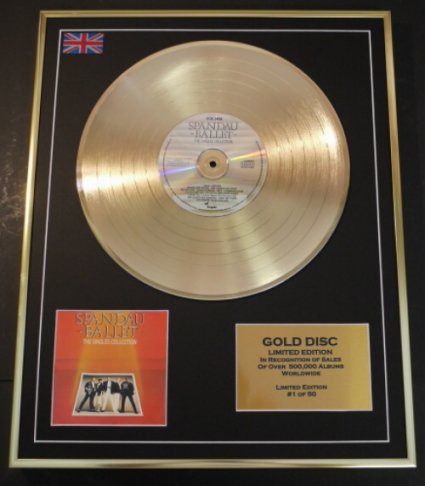 The problem with that approach, of course, is that many listeners might not even want to progress beyond them – arguably, late ’81’s “Paint Me Down” represented the peak of Spandau’s ambition, with the following year’s “Lifeline” sounding almost retrogressive when lined up alongside the band’s other 1982 releases. On the other hand, there was an entire new audience for whom Tony Hadley crooning “Only When You Leave” and “She Loved Like Diamond” represented an entire new beginning for a band that had hitherto been too badly scarred by the New Romantic brush – in which case, a very good case exists for this album (and every other Spandau Ballet collection) to be abruptly sliced in half, and reissued across two volumes, the Funky Years and the wimpy ones. But who would ever do that? (by Dave Thompson) 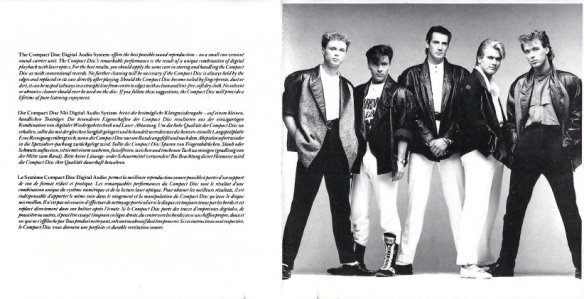 All songs are composed by Gary Kemp. 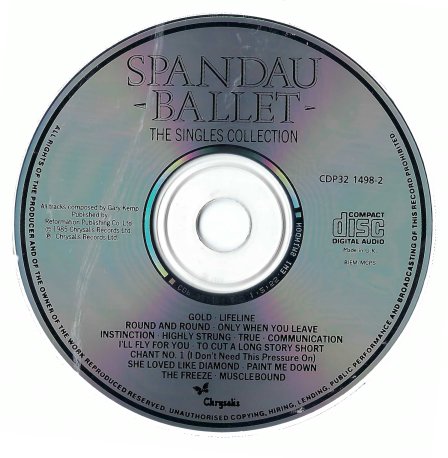