Although Swing Out Sister’s music is unashamedly commercial pop, their impeccable indie credentials (keyboardist Andy Connell and drummer Martin Jackson were formerly of A Certain Ratio and Magazine, and singer Corinne Drewery had no professional experience at all before joining), jazz-tinged arrangements, and knack for clever hooks move them closer to the indie dance territory of St. Etienne or late period Everything But the Girl than to the cookie-cutter dance-pop of Kylie Minogue or Paula Abdul.

Connell and Jackson formed Swing Out Sister in their hometown of Manchester, England, in 1985 as a studio-based partnership set to refine the jazzy funk of A Certain Ratio and Magazine’s quirky reimaginings of old-fashioned middle-of-the-road pop. Nottingham-born singer Drewery joined the duo just in time for their first single, “Blue Mood,” in late 1985. That single didn’t do much, but the follow-up, “Breakout,” was a Top Ten hit in Great Britain and Japan in the fall of 1986.

The trio belatedly completed debut album It’s Better to Travel in 1987; its U.S. release scored a pair of hits with “Breakout” and “Twilight World.” Jackson demoted himself to partial contributor on 1989’s Kaleidoscope World, which emphasized the remaining duo’s debt to lush ’60s pop by hiring the legendary Jim Webb to arrange and conduct the orchestra. Though the singles “You on My Mind” and “Waiting Game” were U.K. hits, the album didn’t attract much attention in the U.S. In Japan, however, both albums were big enough hits that a special Japan-only collection of remixes, Another Non-Stop Sister, was released in late 1989, followed by the similar Swing 3 in 1990, which also collected early B-sides and other rare tracks. 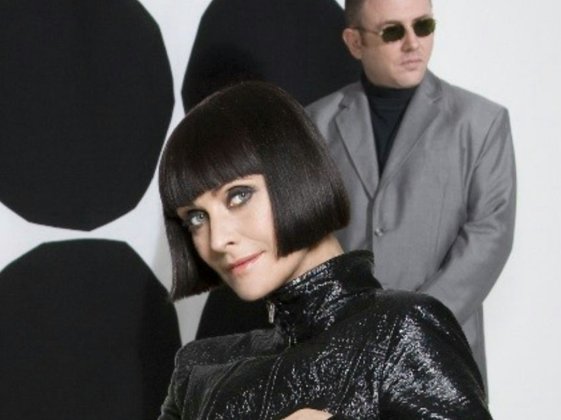 Released in 1992, Get in Touch with Yourself returned Drewery and Connell (Jackson had by this time bowed out completely) to the U.S. and U.K. charts with their cover of Barbara Acklin’s “Am I the Same Girl,” a ’60s pop hit based on the famous instrumental “Soulful Strut” by Young-Holt Unlimited. The single was even bigger in Japan, where Swing Out Sister were by this time one of the most popular acts in the country. Another remix compilation, Swing Out Singles, and a live album, Live at the Jazz Cafe, were released in Japan that year. After 1994’s The Living Return failed to chart in Great Britain, the U.K. office of Mercury Records put out 1996’s The Best of Swing Out Sister but failed to release 1997’s Shapes and Patterns, 1999’s Filth and Dreams, or 2001’s Somewhere Deep in the Night in the duo’s native country — this despite Swing Out Sister’s continued success in Japan and a devoted cult following in the U.S. and Europe.

EMI was the worldwide label for 2004’s Where Our Love Grows. Live in Tokyo appeared a year later, followed in 2008 by Beautiful Mess, the group’s ninth studio album. In 2010, Swing Out Sister issued Private View, a hits collection that was available exclusively through their Facebook page. The year 2012 marked the 25th anniversary of the band’s debut album, It’s Better to Travel, which was reissued as a deluxe two-disc set. Later that year, Private View (with two bonus tracks) saw CD release through normal distribution channels. As the culmination of a PledgeMusic project, the group released a studio album, Almost Persuaded, in 2018. (by Stewart Mason) 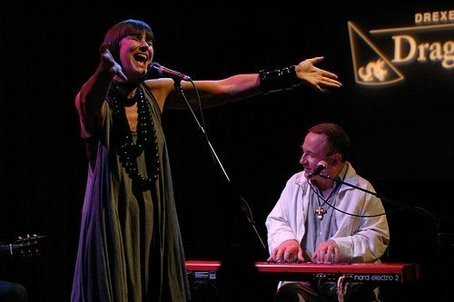 Not really necessary but of course a part of the history of British pop. 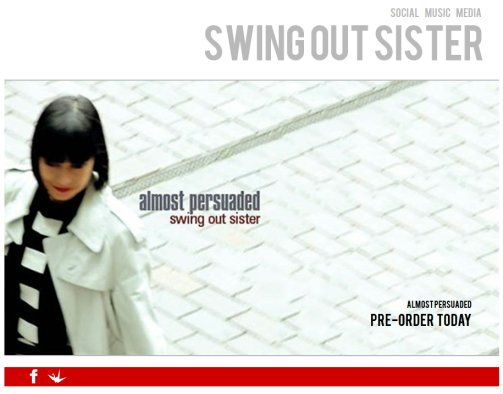