James Vernon Taylor (born March 12, 1948) is an American singer-songwriter and guitarist. A six-time Grammy Award winner, he was inducted into the Rock and Roll Hall of Fame in 2000. He is one of the best-selling music artists of all time, having sold more than 100 million records worldwide.

Taylor achieved his breakthrough in 1970 with the No. 3 single “Fire and Rain” and had his first No. 1 hit in 1971 with his recording of “You’ve Got a Friend”, written by Carole King in the same year. His 1976 Greatest Hits album was certified Diamond and has sold 12 million copies in the US alone. Following his 1977 album JT, he has retained a large audience over the decades. Every album that he released from 1977 to 2007 sold over 1 million copies. He enjoyed a resurgence in chart performance during the late 1990s and 2000s, when he recorded some of his most-awarded work (including Hourglass, October Road, and Covers). He achieved his first number-one album in the US in 2015 with his recording Before This World.

Taylor is also known for his covers, such as “How Sweet It Is (To Be Loved by You)” and “Handy Man”, as well as originals such as “Sweet Baby James”. He played the leading role in Monte Hellman’s 1971 film Two-Lane Blacktop.

Classic Songs is the second compilation album by James Taylor. Only available in Europe it was, for a long time, the only compilation album to feature original versions of Taylor’s classics. It spanned from his original work to his That’s Why I’m Here album from 1985. (wikipedia)

For a long time, Classic Songs was the only compilation to feature the original versions of all of James Taylor’s classics from his debut up through 1985’s That’s Why I’m Here. Unfortunately, it was only available in Europe, yet it long remained the best, most comprehensive collection of his work. (by Chris Woodstraby Chris Woodstra) 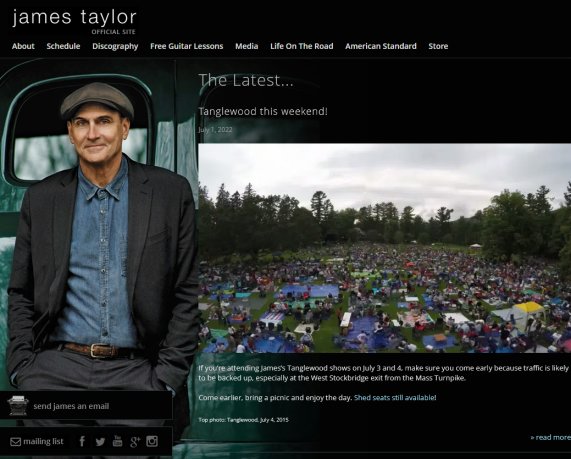