Emerson, Lake & Palmer (ELP) were an English progressive rock supergroup formed in London in April 1970. The band consisted of Keith Emerson (keyboards), Greg Lake (vocals, bass, guitar and producer) and Carl Palmer (drums and percussion). With nine RIAA-certified gold record albums in the US, and an estimated 48 million records sold worldwide, they were one of the most popular and commercially successful progressive rock bands in the 1970s, with a musical sound including adaptations of classical music with jazz and symphonic rock elements, dominated by Emerson’s flamboyant use of the Hammond organ, Moog synthesizer, and piano (although Lake wrote several acoustic songs for the group).

The band came to prominence following their performance at the Isle of Wight Festival in August 1970. In their first year, the group signed with E.G. Records (who distributed the band’s records through Island Records in the United Kingdom, and Atlantic Records in North America), and released Emerson, Lake & Palmer (1970) and Tarkus (1971), both of which reached the UK top five. The band’s success continued with Pictures at an Exhibition (1971), Trilogy (1972), and Brain Salad Surgery (1973, released on ELP’s own Manticore Records label). After a three-year break, Emerson, Lake & Palmer released Works Volume 1 (1977) and Works Volume 2 (1977). After Love Beach (1978), the group disbanded in 1979.

The band reformed partially in the 1980s as Emerson, Lake & Powell featuring Cozy Powell in place of Palmer, who was by then, a member of Asia. Robert Berry then replaced Lake while Palmer returned, forming 3. In 1991, the original trio reformed and released two more albums, Black Moon (1992) and In the Hot Seat (1994), and toured at various times between 1992 and 1998. Their final performance took place in 2010 at the High Voltage Festival in London to commemorate the band’s 40th anniversary. Both Emerson and Lake died in 2016,leaving Palmer as the only surviving member of the band. (wikipedia)

And here´s a brilliant bootleg from 1974:

I think the year 1974 was the last year in which Emerson, Lake & Palmer were really good … the later years were actually rather insignificant, unimportant. 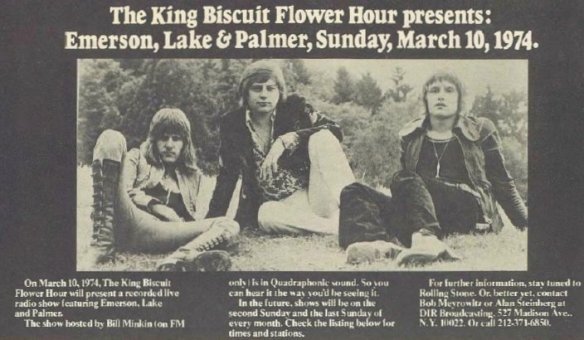 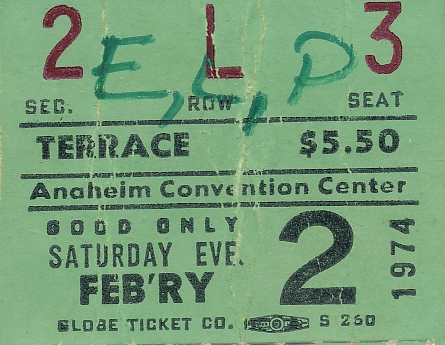