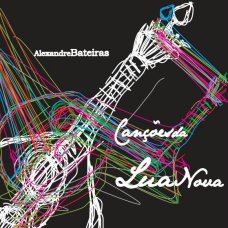 Alexandre Bateiras started to play the Portuguese Guitar at the age of 15 by influence of his maternal grandfather.

After his grandfather died he continues his Guitar studies on his own on a self-taught manner. His main musical references are Carlos Paredes, Artur Paredes and Jorge Tuna together with the Coimbra interpretative technique. Besides the works of Carlos Paredes, Artur Paredes and Jorge Tuna he studied and plays the works of the main composers within the Coimbra technique since the beginning of the century to most recent times.

He has participated in several concerts as a soloist with the collaboration of João Gomes and José Tito Mackay or playing as well, the instrumental support of Coimbra singers such as Luiz Goes, António Sutil Roque e Augusto Camacho. In 1997, after an invitation from Luisa Amaro, he started to work the last compositions of Carlos Paredes which he presented in public in the Lisbon World Exhibition (Expo-98) and in the celebrations of the 75th anniversary of Carlos Paredes (16-02-2000). 1997 was also the year of his first studio recordings on which he recorded two of the first compositions of his own. Another important moment on Alexandre’s career was his concert “Playing Coimbra from the past to the future” presented at Expo-98 and in the “Lisbon Concerts Season – 1999” at the Belém Tower in which he played pieces from the main composers of the Coimbra technique, starting in the early 20th century and ending with the most recent times, playing as well pieces composed by himself.

On May 23rd 2002 he played on the 13th “Cantigas do Maio” (Worldwide Music Festival) which took place in Seixal. Also worthy of reference are his performances on the 1st Portalegre Portuguese Guitar Festival as well as the various Guitar concerts, which took place in different locations countrywide, in rooms. Some of them were: the Rivoli Theatre and Coliseu in the city of Porto; “Voz do Operário”, the Auditorium of Pancas-Palha Palace, the Aula Magna, the S. Luiz Theatre, the Jerónimos Monastery, the Tivoli Cine-Theatre and the Auditorium of S. João de Brito School in Lisboa; the Cultural Forum of Seixal; the Gil Vicente Theatre and the FNAC Auditorium (CascaisShopping) in Cascais, the Cultural Centre of Alvito and the Grand Room of Setubal Town Hall.

In the past few years Alexandre Bateiras has been focussed on producing and disseminating his own compositions aiming at the development of a new repertoire for the Portuguese Guitar. With this purpose he is presently working on the project “Canções da Lua Nova” – (Songs of the New Moon) for which recordings took place in the U.S.A. These recordings will be released on next October 12th by the netlabel Merzbau. For his performances Alexandre Bateiras makes use of Portuguese Guitars built by Gilberto Grácio. (by portaldofado.net)

In the past few years Alexandre Bateiras has been focussed on producing and disseminating his own compositions aiming at the development of a new repertoire for the Portuguese Guitar. With this purpose he is presently working on the project “Canções da Lua Nova” – (Songs of the New Moon) for which recordings took place in the U.S.A.(Signal Sound Studios, Quakertown, Pennsylvania, 2001)

This is instumental portuguese folk: real stories told and played with a portuguese guitar. Stories of a man and somehow of an old generation of people who lived in a quiet rural Portugal and stopped their adolescense to be part of a war.

Regardless the history lesson, these melodies are something that anyone hardly forgets. So take your own time to listen, discover and imagine all the tiny bits of existence that this record brings to life. 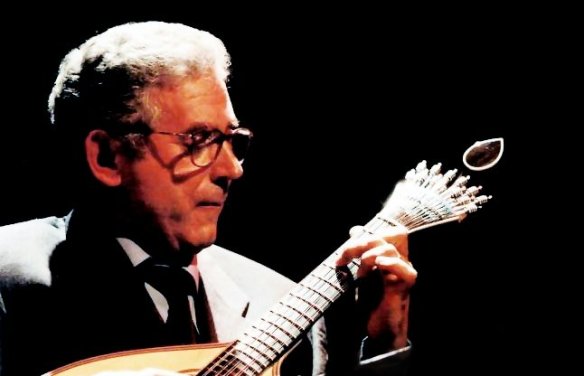