Randolph Peter Best (born Scanland; 24 November 1941) is an English singer, songwriter and civil servant. He is best known as an original member and the first drummer of the Beatles. After he was dismissed from the group in 1962 he started his own band, The Pete Best Four, and would later join many other bands over the years. He is one of several people who have been referred to as the Fifth Beatle.

Best was born in the city of Madras, then part of British India. After Best’s mother, Mona Best (1924–1988), moved to Liverpool in 1945, she opened the Casbah Coffee Club in the cellar of the Bests’ house in Liverpool. The Beatles (at the time known as the Quarrymen) played some of their first concerts at the club.

The Beatles invited Best to join on 12 August 1960, on the eve of the group’s first Hamburg season of club dates. Ringo Starr eventually replaced Best on 16 August 1962 when the group’s manager, Brian Epstein, exiled Best under the direction of John Lennon, Paul McCartney and George Harrison, following their first recording session at Abbey Road Studios in London.

After working in a number of commercially unsuccessful groups, Best gave up the music industry to work as a civil servant for 20 years, before starting the Pete Best Band. He has been married for over 50 years to Kathy Best; they have two daughters, Beba and Bonita, and four grandchildren.

Haymans Green is a 2008 album by The Pete Best Band, released by Lightyear Entertainment and distributed in the US and Canada by EMI. Pete Best plays drums, and co-wrote most of the tracks. Reviews of the album have been mostly favorable, and almost all reviewers agree that the album sounds influenced by The Beatles, a band which Pete Best was a member of between 1960 and 1962.

The album’s cover shows the section of the Hamburg-era photograph of The Beatles featuring Best’s face that was removed as part of the collage design for the Beatles’ Anthology 1 album. (by wikipedia) 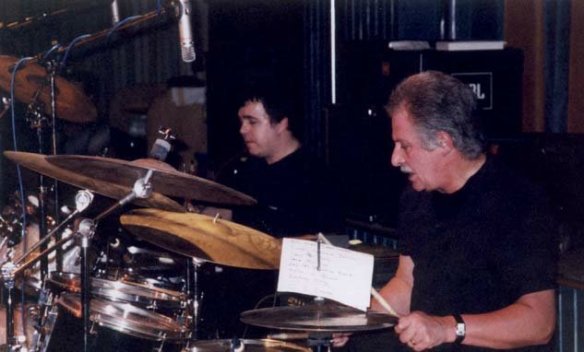 As we become increasingly aware of the need to protect our non-renewable natural resources, it becomes obvious that the musical community is not making adequate use of the dwindling supply of former Beatles, and as Paul McCartney and Ringo Starr can hardly be expected to keep the world supplied with Beatles-related material forever, another onetime member of Liverpool’s finest, Pete Best, has stepped forward to help remedy this situation. Sure, Best was given his walking papers by the Beatles about three weeks before they cut their first single for Parlophone, but he still counts as a former member of the band, and Haymans Green is his fifth album since returning to active duty in 1992, a few years before the release of the Beatles’ Anthology 1 made him a very wealthy man and convinced him there was a disturbing gap between demand for Beatles solo recordings and the current supply.

Haymans Green is the most Beatles-sounding album from a former Beatle to emerge since Paul McCartney became aware of his advancing maturity, but what’s remarkable is that it recalls not the rough-and-tumble rock & roll of their early days playing clubs in Liverpool and Hamburg, but the ambitious pop of Revolver through Abbey Road, as if Best wants to prove to the world he could have helped make Sgt. Pepper’s or the White Album if someone had given him the chance. Best also had a hand in writing the 11 songs on Haymans Green, something he’s never done before, but guitarist Phil Melia and guitarist and keyboardist Paul Parry are also credited on all the tracks, and Pete’s brother Roag Best (who doubles with him on drums) also pitches in on eight of the selections, so this falls a bit short as a defining personal statement.

It also says a certain amount about Best’s role in the Beatles that he’s surrounded himself with people who write, play, and even sing like John, Paul, and George; 46 years after he stopped being a Beatle, he’s still defined by the sound of his former bandmates even on his own solo album, as if he has nothing to say as a musician besides “I knew them when.” As a Beatles pastiche, Haymans Green isn’t quite up to the inspired appropriation of Utopia’s Deface the Music or anything by the Rutles, but the quality is at least a couple steps up from Best’s clumsy covers of beat-era material on his previous albums, and it is doubtless more satisfying than whatever Jimmy Nicol or Andy White have in the works. (by Mark Deming) 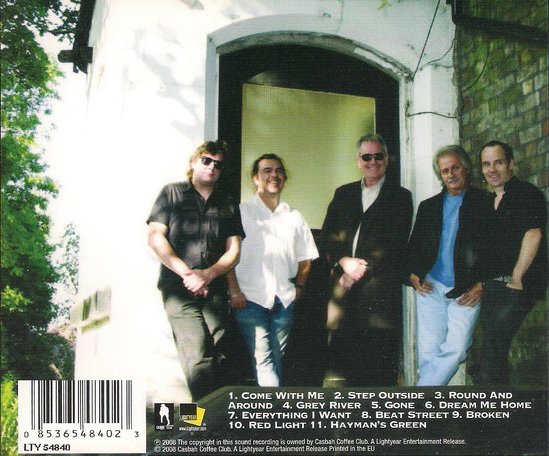