The Heat is the third studio album by American recording artist Toni Braxton. Released in the United States on April 25, 2000 by LaFace Records, the album marked Braxton’s departure from her ballads in favor of a more urban sound. Most of the songs (including the nearly instrumental “The Art of Love”) were written and produced by Braxton and her husband Keri Lewis (a former member of Mint Condition), two ballads were penned by Diane Warren, and collaborations featured rappers Dr. Dre and Lisa “Left Eye” Lopes.

The Heat opened at number two on the Billboard 200 chart selling 194,448 units in its first week. It was certified double platinum by the Recording Industry Association of America (RIAA) on October 13, 2000, with sales of over 2.2 million copies within the U.S. Additionally, the album was nominated for Best R&B Album at the 2001 Grammy Awards, while lead single “He Wasn’t Man Enough” won for Best Female R&B Vocal Performance and was nominated for Best R&B Song.
After the success of her sophomore studio album, Secrets (1996), which spawned Braxton’s signature song and biggest hit of her career, “Un-Break My Heart”, and sold over 15 million copies worldwide, Braxton filed a suit to be released from her contract with Arista and LaFace records in Los Angeles Superior Court, citing a law that states employers may not enforce labor or service after seven years. After a year of legal issues, Braxton settled her lawsuit with LaFace Records, with plans to release a new album in May 1999. 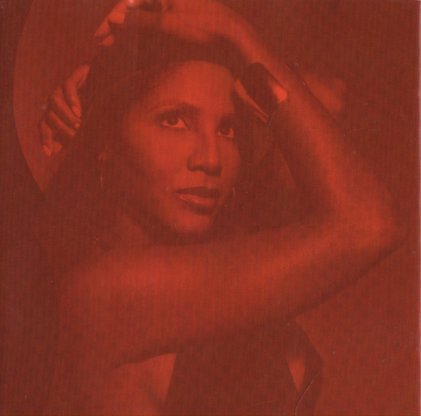 In February 1999, Babyface told MTV News that, “We’re getting ready head back in the studio with Toni and we’ve got everything worked out, and we’re really excited about getting back into the studio, getting back to the music.” However, only in January 2000, during an interview with CNN.com, Toni revealed that the album was going to be released in March 2000, while stating, “Some of the producers on the album are, of course Babyface, R. Kelly, David Foster, Keith Crouch and Keri Lewis of Mint Condition, just to name a few,” while also revealing collaborations with Lisa “Left Eye” Lopes from TLC and Dr. Dre.
“The Heat” is built on solid ballads and smoldering, mid-tempo dance numbers, as noted by Allmusic’s Stephen Thomas Erlewine. Colin Ross of PopMatters noted that, “By taking a more active role in the writing and production of the set, Toni’s material begins to be constructed around her voice rather than the latest producer’s sound.”
The album’s first single and opening track, “He Wasn’t Man Enough”, was written and produced by Rodney Jerkins. The R&B song, with synth-funk bassline and Jerkins’ taut beats and harp,[8] has Toni warning a female friend not to marry a man the singer knows all too well[9] and that came back begging for forgiveness. On the title track, “The Heat”, co-written by Keri Lewis, was described as “an infectious mid-tempo groove.” Lyrically, the song talks about wanting to “get it on” and enjoying coed skinny-dipping.[10] Third track, “Spanish Guitar” ,was written by Diane Warren (who wrote “Un-Break My Heart”) and was considered a “latin ballad”, inspired by “Un-Break My Heart”. Lyrically, the song has the singer inviting an alluring stranger to play her “through the night” like a “Spanish Guitar.”

The fourth track “Just Be a Man About It” is a telephone breakup song, with Toni once again questioning the status of a partner’s manhood and Dr. Dre playing the wayward lover breaking the news to her, while fifth track, “Gimme Some”, features Lisa “Left Eye” Lopes and was named “an R&B/summer ‘jerky funker’ track”, with Braxton demanding intercourse and oral sex from a man.
“I’m Still Breathing” is another song written by Diane Warren and talks about a woman stung by a painful breakup who summons strength, while “Fairy Tale”, co-written and produced by Babyface, is an “acoustic piece” where the singer implies that being “just friends” may be healthier than a “love affair.” Pillow talk and ecstatic moaning characterize “The Art of Love,” a track that features no discernible lyrics, Braxton’s sighs and moans over undulating rhythms”. On “Speaking in Tongues,” a “sensual affair” with

warm harmonies, spiritual expressions are co-opted and woven amid passionate propositions including, “Talk dirty to me.” The tenth track “Maybe” has rapid-fire lyrics, informed by hip-hop vocal rhythms and lyrically discuss the singer debating —in rapturous detail— whether or not to have drinks and sex again with her boyfriend (“Should I give him some/Will he make me hot/Will he hit the spot I love a lot”, she sings). The eleventh track “You’ve Been Wrong” was considered “plodding”, while the twelfth and final track, “Never Just For a Ring”, finds Braxton questioning her lovers lack of fidelity the song features the embittered choral hook “Why?, when?, where?, how?, who?, what?”, made you go off and do this crazy thing. (by Wikipedia)
Toni Braxton went through a lot in the years separating her star-making Toni Braxton and her 2000 comeback The Heat. Yes, she became a star, but she also went through a painful bankruptcy that delayed her sequel for years. Fortunately, you wouldn’t be able to tell that there was so much behind-the-scenes drama from The Heat — it’s a confident, assured, sexy effort that reaffirms Braxton’s status as one of the finest contemporary mainstream soul singers. She may not be as street-smart as Mary J. Blige, nor does she push the boundaries of the genre the way TLC does, but she has a full, rich voice that instantly lends her songs a sense of maturity and sensuality, especially since she never, ever oversings or misjudges her material. And, while that material can occasionally be a little generic, much of The Heat is built on solid ballads and smoldering, mid-tempo dance numbers. Producers as diverse as Babyface, Rodney Jerkins, Daryl Simmons, Teddy Bishop, and David Foster are responsible for various tracks on the album, which is typical for a big-budget, superstar release like this, but rarely are the tracks quite as consistent and cohesive as they are here.

The skittering beats of “He Wasn’t Man Enough” and “Gimme Some” are every bit as effective as the simmering title track or ballads “I’m Still Breathing” and “Spanish Guitar” — or “Just Be a Man About It,” an instant classic telephone breakup song, with Dr. Dre playing the wayward lover breaking the news to Ms. Braxton. True, The Heat slightly runs out of momentum toward the end, but there aren’t many dull spots on the record — it’s all stylish, sultry, seductive, appealing urban contemporary soul that confirms Braxton’s prodigious talents. (by Stephen Thomas Erlewine) 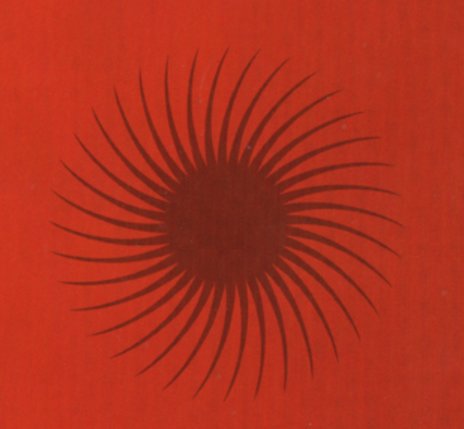