Brightman began her career as a member of the dance troupe Hot Gossip and released several disco singles as a solo performer. In 1981, she made her West End musical theatre debut in Cats and met composer Andrew Lloyd Webber, whom she later married. She went on to star in several West End and Broadway musicals, including The Phantom of the Opera, where she originated the role of Christine Daaé. Her original London cast album of Phantom was released in CD format in 1987 and sold 40 million copies worldwide, making it the biggest-selling cast album ever.

After retiring from the stage and divorcing Lloyd Webber, Brightman resumed her music career with former Enigma producer Frank Peterson, this time as a classical crossover artist. She has been credited as the creator and remains among the most prominent performers of this genre, with worldwide sales of more than 35 million albums and two million DVDs, establishing herself as the world’s best-selling soprano. 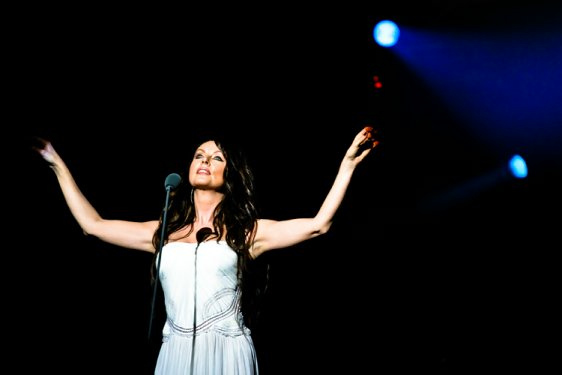 Brightman’s 1996 duet with the Italian tenor Andrea Bocelli, “Time to Say Goodbye”, topped the charts all over Europe and became the highest and fastest-selling single of all-time in Germany, where it stayed at the top of the charts for 14 consecutive weeks and sold over three million copies. It subsequently became an international success, selling 12 million copies worldwide, making it one of the best-selling singles of all-time. She has collected over 200 gold and platinum record awards in 38 different countries. In 2010, she was named by Billboard the fifth most influential and best-selling classical artist of the 2000s decade in the US and according to Nielsen SoundScan, she has sold 6.5 million albums in the country.

Brightman is the first artist to have been invited twice to perform the theme song at the Olympic Games, first at the 1992 Barcelona Olympic Games where she sang “Amigos Para

Siempre” with the Spanish tenor José Carreras with an estimated global audience of a billion people, and 16 years later in 2008 in Beijing, this time with Chinese singer Liu Huan, performing the song “You and Me” to an estimated four billion people worldwide.

In 2012, Brightman was appointed as the UNESCO Artist for Peace for the period 2012–2014, for her “commitment to humanitarian and charitable causes, her contribution, throughout her artistic career, to the promotion of cultural dialogue and the exchanges among cultures, and her dedication to the ideals and aims of the Organization”. Since 2010, Brightman has been Panasonic’s global brand ambassador.

In 2014, she began training for a journey to the International Space Station, later postponed until further notice, citing personal reasons. Brightman was awarded the decoration ‘Cavaliere’ in the Order of Merit of the Italian Republic on 2 June 2016[19] and an Honorary Doctorate from the University of Hertfordshire in 2018, in recognition of her outstanding contributions to music and theater.

The Harem World Tour: Live From Las Vegas is a live album by classical crossover soprano Sarah Brightman released to coincide with the DVD. The album was released on 28 September 2004. It features a cover version of Indonesian singer Anggun’s “Snow on the Sahara”. (wikipedia)

While the sales of Sarah Brightman’s ambitious, Middle Eastern-themed 2003 album Harem may have fallen short of its predecessor, the veteran UK chanteuse’s popularity as a live performer has only mushroomed. This live recording of her ambitious, sold-out Harem World Tour engagement at Las Vegas’ MGM Grand Arena is testament to that appeal, begging the question: Will Brightman become the Grateful Dead of classical crossover? Indeed, abetted by the rich sonic textures of longtime producer/collaborator Frank Peterson, the worldbeat conceits of her recent studio recordings are folded into a larger, even more expansive live vision here. 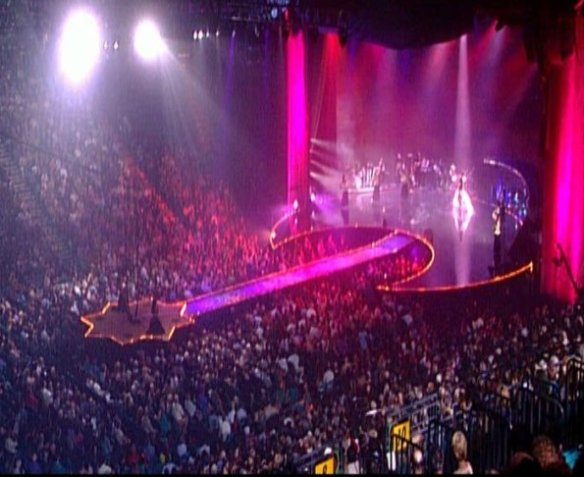 Brightman’s overt dramatic instincts and oft-chaemeleonic vocal abilities drive a slate of material that stretches from the Arabian Nights/Madame Butterflypastiche of Harem’s seductive “It’s A Beautiful Day” through surprisingly effective classical/rock reinventions of Kansas’ “Dust in the Wind” and The Moody Blues’ chestnut “Nights in White Satin” to expected classical bowings “Nessun Dorma” and the obligatory nod to “Phantom of the Opera”Harem’s East-meets-Eurodisco sensibility will also welcome the melodic new studio bonus cut, “Snow in the Sahara.” (by Jerry McCulley) 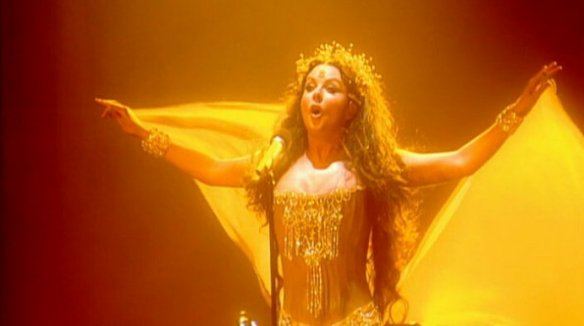