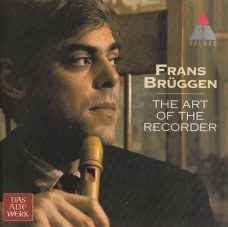 Born in Amsterdam, Brüggen was the last of the nine children of August Brüggen, a textile factory owner, and his wife Johanna (née Verkley), an amateur singer. He studied recorder and flute at the Amsterdam Muzieklyceum. He also studied musicology at the University of Amsterdam. In 1955, at the age of 21, he was appointed professor at the Royal Conservatory of The Hague. His reputation was initially as a recorder and Baroque flute virtuoso, and he commissioned several works for recorder including Luciano Berio’s Gesti (1965). In 1972, he co-founded the avant-garde recorder ensemble Sour Cream with Kees Boeke and Walter van Hauwe.

In 1981, Brüggen co-founded with Sieuwert Verster the Orchestra of the 18th Century (Orkest van de Achttiende Eeuw). Although he did not have a formal title with the orchestra, he was its de facto chief conductor until his death. The Orchestra of the Age of Enlightenment (OAE) named Brüggen its co-principal guest conductor, in parallel with Simon Rattle, in 1992. The OAE later gave him the title of Emeritus Conductor in 2007. He was the conductor of the Radio Kamerorkest in the Netherlands from 1991 to 1994, and joint chief conductor of the orchestra, alongside Peter Eötvös, from 2001 until the dissolution of the orchestra in 2005. Brüggen conducted the final concert of the successor to the Radio Kamerorkest, the Netherlands Radio Chamber Orchestra, on 14 July 2013.

Brüggen was a visiting professor at Harvard University and the University of California, Berkeley.

His recordings include, as a flautist, selections from the Pièces de Clavecin en Concerts of Jean-Philippe Rameau, and as a conductor, symphonies of Beethoven, Joseph Haydn and Franz Schubert.

Brüggen was married twice. His first marriage to Ineke Verwayen produced two daughters, Laura and Alicia. His second marriage was to the art historian Machtelt Israëls, and produced two daughters, Zephyr and Eos. His second wife and all four of his daughters survive him. Brüggen was the uncle of recorder soloist and Amsterdam Loeki Stardust Quartet member, Daniël Brüggen. (by wikipedia)

In 1995 Teldec Records released a box with 12 CD´s called “The Art Of The Recorder ((The Teldec Recordings, 1962-1979)”. And this is a sort of oromotion sampler with highlights from all these CD´s.

And it´s time to discover Frans Brüggen, an extraordinary musician ! 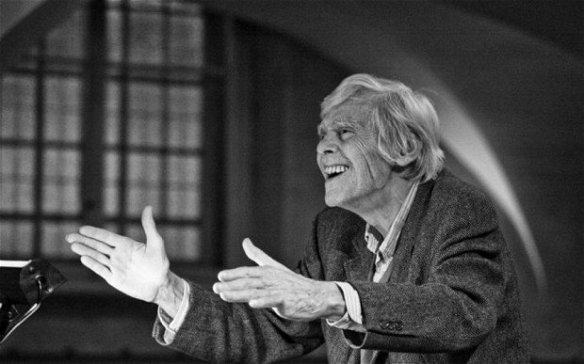 What a fine collection !