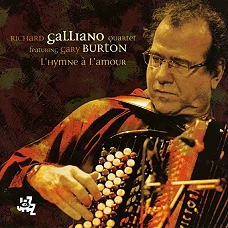 Richard Galliano studied piano and accordion at the age of 4 with his father Lucien Galliano, accordionist and teacher.
Particularly gifted and invested, he quickly entered the Nice Conservatory, directed at that time by organist Pierre Cochereau, and followed courses in harmony, counterpoint and trombone.
He won first prize in 1969 for this instrument.

He arrived in Paris in 1975 and met Claude Nougaro, becoming his friend, his accordionist and conductor until 1983.
The author and composer found each other. They get along beautifully.
From this close collaboration will be born many songs that are part of the heritage of French song, such as Allée des brouillards, Des voiliers,Vie Violence…

The second decisive meeting took place in 1980, with the Argentinean composer and bandoneonist Astor Piazzolla.
Astor strongly encouraged him to create the French “New Musette”, as he himself had
previously invented the Argentinean “New Tango”. (by

This project sounds natural for vibist Gary Burton. But to imagine a vibraphonist playing with an accordonist – it seems only Burton could have pulled it off. Drummer Clarence Penn and bassist George Mraz provide sympathic support through this heavily romanticized material.

On the opening of Astor Piazolla´s “Milonga Is Coming” Gallianp´s subtle swept couches Burton´s quiet lines. Eventually joined by the rest of the group both solists weave in and out of the song´s dreamy, melancholy mood. The formal nature to this programm continues with Piazzolla´s spritely “Triunfal”. 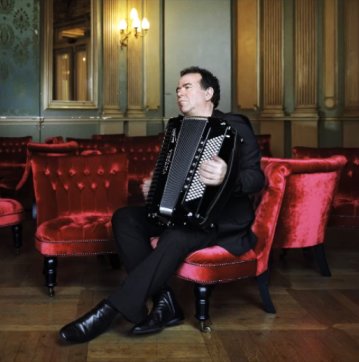 The song starts and stops, its moments of reflection balanced by the urge to move vigorously. On Bach´s “Sinfonia 11 In G-Moll”, Burton seems at home with the music´s counterpoint, as Galliano´s lead statement to this waltz alternates with the vibist´s soloing, this swing feel turning it into a lovely occasion for jazz. 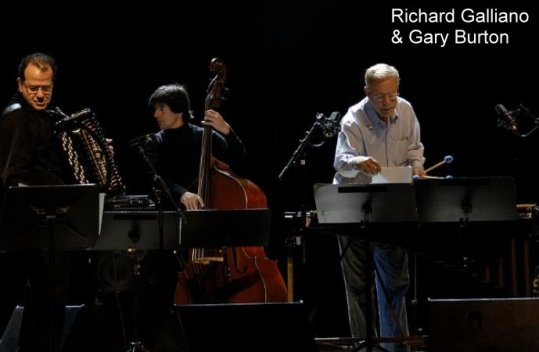 Ballads include the titel track and “Waltz For Debby”, which the group gives an uplifting arrangment. It´s a delight to hear such virtuosic improvisors together. Galliano and Burton have chops galore, but instead of showing off, they are seduced by the material. (by John Ephland)

The New Crystal Silence is a 2008 live jazz album by Chick Corea and Gary Burton. It was released in a 2-disc set. The first disc was recorded May 10 & 12, 2007 at the Sydney Opera House Concert Hall. The second disc was recorded on July 7, 2007 at Bjornsonhuset in Molde, Norway, except for the track “Señor Mouse”, which was recorded July 13, 2007 at the Auditorio de Tenerife in Canary Island, Spain.

The album peaked number eleven in the Billboard Top Jazz album charts[4] and also won the Grammy awards for the Best Jazz Instrumental Album, Individual or Group. (by wikipedia)

When Crystal Silence first appeared in 1972 on the ECM label, its cover photograph depicted a stellar shot of the sun, which appeared to be setting. That duet album featured two already-seasoned jazz veterans who were in their thirties, and had been part of many of the developments in the music for a decade. Corea’s credits included Miles Davis, his own Return to Forever, the “Is” sessions, Circle, and many others; Burton’s included tenures with George Shearing and Stan Getz as well as Larry Coryell. But the duet album they recorded for ECM was so utterly striking and arresting because it highlighted not only an entirely new way of playing duets between piano and vibes — which had been done previously and well by others — but a new way of hearing them as well. 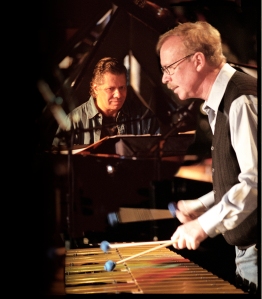 After 35 years, five duet records, and countless tours together, the pair revisit the notion of the duet in two different contexts on this delightful, compelling double-disc package from Concord. The first disc finds the pair playing live in Sydney with that city’s symphony orchestra conducted by Jonathan Stockhammer and arranged by Tim Garland. The program includes five tunes, all of them composed by Corea. While it is disconcerting on first thought as to how an orchestra could add to the special intuitive communication this duo has developed since its first accidental performance at a festival in 1971, those fears disappear quickly after the orchestra’s intro, when Corea’s piano makes its entrance and Burton responds. It’s striking there was so little rehearsal time, and that Garland’s arrangements are so spot-on and attuned to the intricacy of what happens harmonically between these two. “Duende” opens the set with an enormous introductory sweep that feels more like a crescendo, but it gives way within two minutes to the exploration of extrapolated minors when Corea plays a single note that initiates his speaking voice on the piano. Burton answers and moves them into another direction, painting from the inside and pulling on certain notes as he quotes a melody that feels strangely like “The Shadow of Your Smile.” Then the pair are off, the orchestra brooding and shimmering behind them, opening up spaces where there would be tension in such a focused space of minor keys that sweep this way and that way, and then they engage fully with the orchestra. This continues through “Love Castle” and the speculative intro to “Brasilia,” which feels like a question. The rhythmic interplay is built layer upon layer, however sparely by the harmonic striations of vibes and piano as strings hover and cautiously seem to follow into a much more romantic and exotic flight of fancy.

Of course, the title track, while seemingly an entirely new piece when played with this symphony, is no less limpid than its predecessor. The compositional notion is simply eased into more tentatively, but the interpolations between Burton and Corea are even cannier than one might expect. Everything begins in shade and shadow and is revealed in the full light of day. The set ends with a driving rendition of “La Fiesta,” begun with an intensely intricate series of counterpoint exchanges between the pair.

Disc two contains a live performance from the Molde Festival in Norway, with one cut, “Señor Mouse” (also from the Crystal Silence debut), recorded in the Canary Islands. Far more breezy but perhaps more taut and far less tentative, the set starts off with Corea’s “Bud Powell,” and Burton shines with his solo, moving through the lyric phrases as Corea punches in spaces with tough, jaunty chord masses. It swings like crazy before giving way to a stellar reading of Bill Evans’ “Waltz for Debby.” The melody, instantly recognizable in Corea’s hands, is nonetheless a bit heavier in touch, but that’s what makes it sound new as well.

The solo he opens with carries the basic lyric frame in his two-handed chords and runs before Burton slides the melody in solo, as expressive and intimate as one could ever hope for before it opens wide and sings. This happens on the other standards here as well, the deeply emotive reading of “I Loves You, Porgy,” with Burton’s solo as tender as a singer emoting the words, and “Sweet and Lovely,” where the pair just dig in and let the tune guide them on a wonderfully engaging, swinging ride through its harmonic possibilities. The other four Corea tunes here include a very different version of “La Fiesta” as a set closer; “No Mystery,” which is more mysterious in some ways because of its use of arpeggios, space, and counterpoint; and the all-too-brief rhythmic invention of “Alegria.” The bottom line, of course, is that this set, as different as its two mirroring discs are, is nearly magical in both its intensity and creativity, and in its wonderfully relaxed manner of walking through the deep passageways of improvisation. Anyone who is a fan of the duet recordings between these two should own this. Anyone not familiar should check out the ECM disc first, and then move straight here, filling in the gaps later. They are wonderful counterparts to one another and immensely satisfying listens. (by Thom Jurek) 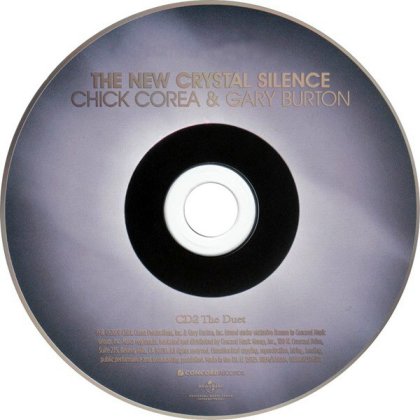 A mouthwatering reunion of a classic quartet. With Pat Metheny, Steve Swallow and Antonio Sanchez.

Way back in the 1960s, Gary Burton was one of a generation of young jazz trailblazers who embraced the rhythm and and energy of rock music, creating music that spoke to a new audience worldwide. His ability to find great guitarists is the stuff of legends – the original quartet included Larry Coryell – John Scofield, Kurt Rosenwikl and the latest prodigy, Julian Lage, have all passed through the quartet’s ranks.

In the mid 70s, Burton recognised the young guitarist’s massive talent – as a member of the quartet, Metheny toured and recorded three albums for ECM before leaving to form his own band….and the rest of the story is that of perhaps the most prolific and admired musicians to emerge from the world of jazz. Gary Burton, of course, continues to create extraordinary soundscapes with his shimmering and intensely melodic vibraphone improvisations.

The reunion of Burton and Metheny in the quartet setting that marked their first work together is positively mouth-watering. This is no trip into nostalgia, however – both artists are tirelessly inventive, and the music they will make together is sure to retain the freshness and invention that characterised their first meetings. What’s more, the bass chair is occpied by one Steve Swallow, whose switch from acoustic to electric back in the 60s – as a charter member of the original Burton Quartet – caused many raised eyebrows amongst the jazz traditionalists of the day – and he remains one of the masters of the instrument. Antonio Sanchez, however, is today’s find – Metheny’s current drummer of choice, he’s one of the most powerful drummers around.

In this special concert the shimmering sounds of Burton’s vibraphone are re-united with Metheny’s lyrical guitar solos and master bassist Steve Swallow in what promises to be one of this year’s international jazz milestones. — barbican.org.uk 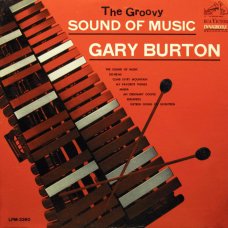 Aside from “My Favorite Things,” jazz musicians haven’t been particularly drawn to songs from The Sound of Music, so the Groovy Sound of Music songbook by Gary Burton is quite a treat. Recorded in late 1964 for RCA Victor, the young vibraphonist’s incredible four-mallet technique is already well developed. Gary McFarland contributed four of the charts, backing Burton with strings, flutes, a French horn, and a rhythm section. Among his arrangements are a swinging “Climb Ev’ry Mountain” and a gentle bossa nova treatment of “An Ordinary Couple.” Burton is also no slouch as an arranger. One highlight is the incredible interaction between the leader and Bob Brookmeyer’s valve trombone and Phil Wood’s hot clarinet in “Maria.” Equally compelling is Burton’s driving approach to “My Favorite Things” (a complex chart that doesn’t resort to copying John Coltrane’s well-known recording), which hardly sounds like the work of a 21 year old. Even better is his gorgeous solo rendition of “Edelweiss.” (Ken Dryden, AMG)

This little-known gem features young vibist Gary Burton performing renditions of Rodgers & Hammerstein’s popular pieces from The Sound Of Music, with a New York City studio orchestra featuring Phil Woods, Steve Swallow, Art Farmer and Bob Brookmeyer. Burton did a wonderful job arranging four of the eight tunes here. The other four tunes (“Climb Ev’ry Mountain,” “An Ordinary Couple,” “Sixteen Going On Seventeen” and “The Sound Of Music”) are encased in even more outstanding – and highly individualized – arrangements by fellow vibist and Berklee alum, Gary McFarland. Burton, who had already devised his own signature sound at this point in time, easily stands in for McFarland, a less accomplished vibraphone player. But McFarland’s arrangements – a sort of clever nursery rhyme as recited by string quartet alternating with minimal woodwind commentary – are stupendous. Particularly on “Climb” and “An Ordinary Couple,” McFarland’s inventions are breathtaking: a sort of cross between his own Broadway-goes-jazz of How To Succeed In Business and the much more spectacular and personal The October Suite. Burton sounds natural and reflexive on these melodic pieces, perfectly interacting with McFarland’s lovely set dressings. It is a shame such a hidden treasure as The Groovy Sound Of Music can’t be appreciated by more of either vibist’s fans. It’s absolutely worth hearing and savoring. (Doug Payne) 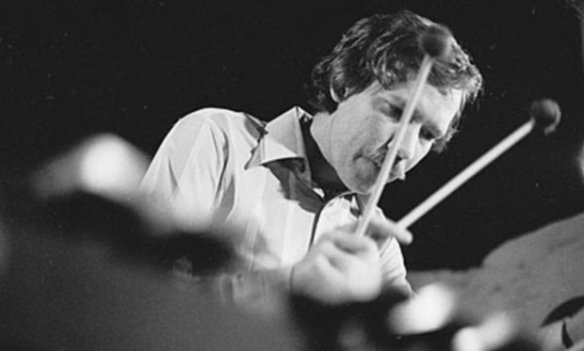 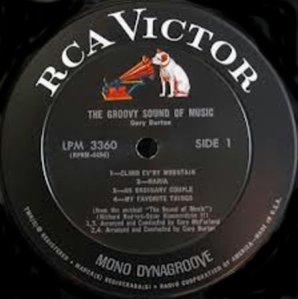