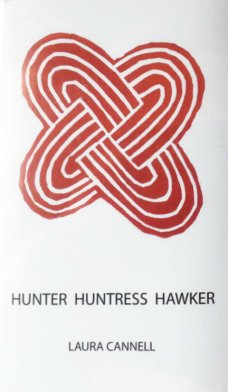 On the dark edges of folk music lingers Laura Cannell, a violinist and recorder player who uses traditional instruments to evoke unearthly, ageless narratives. Her fourth album is a series of improvisations recorded in a church on the crumbling coast of Covehithe in Suffolk, roaring into life under her fiddle’s curved, baroque bow. This technique involves the four strings being played simultaneously and the effect is aggressive, unsettling, but also primordially beautiful, the harmonies of the drones often clashing cruelly before resolving themselves. Many moments are also unapologetically, uncompromisingly difficult. The harsh, stabbing playing in Blacksmith is like a metalworker’s studio in sound, while Air Splinters Through feels freshly torn from a horror soundtrack. It’s not a record for early mornings. But while this music feels ancient, it also feels brutally alive, as if a giant was waking from long slumbers, about to make its way in the world. (Jude Rogers)

The musical explorations of British fiddler and composer Laura Cannell travel between early music, folk traditions, and earthy avant-garde improvisations. A native of Norfolk, Cannell studied at the London College of Music and University of East Anglia before founding the inventive folk ensemble Horses Brawl with guitarist Adrian Lever and cellist Jonathan Manton in 2003. Following the group’s 2005 debut, Manton departed and Horses Brawl remained a duo on subsequent releases like 2007’s Dindirin and 2011’s Wild Lament.

For their fourth LP, 2012’s Ruminantia, multi-instrumentalist Andre Bosman replaced Lever, while later that year Cannell embarked on a new collaboration with experimental harpist Rhodri Davies. Setting down her fiddle, she focused on recorder and vocals for the duo’s Feathered Swing of the Raven.

Her solo debut, Quick Sparrows Over the Black Earth, was released in 2014 and featured ten live improvisations recorded in single takes in a Norfolk church. A haunting mix of overbowed fiddle compositions and eerie double recorder pieces, several of the album’s songs were later remixed on the Black Earth Remixes EP. Her follow-up, Beneath Swooping Talons, arrived a year later via the Front + Follow label, marking a rare release issued outside of her own Brawl Records imprint. Released in 2016, Simultaneous Flight Movement continued her evolution with more deeply nuanced performances that drew from her eclectic influences and ample imagination. In addition to her solo work, a new collaborative project emerged called Oscilanz, which featured Ralph Cumbers (Bass Clef) and drummer Charles Hayward (This Heat, About Group). Cannell’s fourth solo outing, Hunter Huntress Hawker, arrived in 2017. (Timothy Monger) 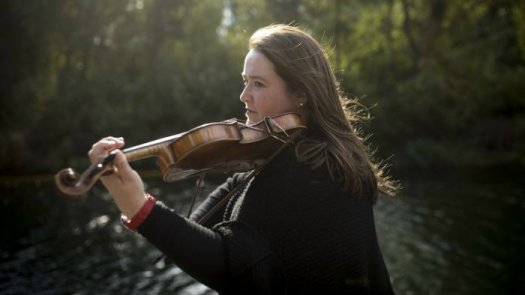 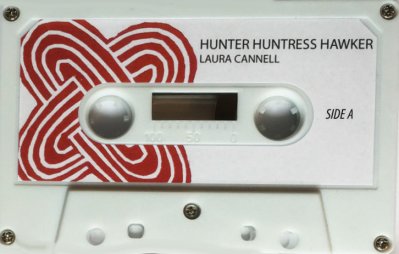