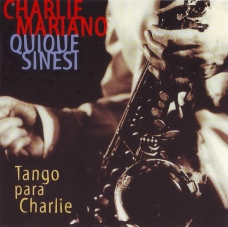 More than one is (obviously) two. Might be Four in One, as it so often is in jazz (Think Coltrane Think Rollins). Might take five. (Think Armstrong Think Miles). Might even be eighteen (Think if you still can Ellington). But two is the closest we can get. The closest by far. Two can feel what the other wants. Two is the abstraction of more than one. Two is the most open more than one.
Jazz being the art of communication, two might be the closest we can get to a definition of its essence. In the proliferation of duo recordings that filled the seventies and trickled on into the present, there have been few incorporating the guitar, and often these were guitar duets. Right now, only Joe Pass comes to my mind as a guitarist working with other instruments in a duo setting (J. J. Johnson’s trombone, Ella Fitzgerald’s voice, Jimmy Rowles’ piano). But Pass is a good case in point: a strong solo guitarist who is able to provide both a cushiony accompaniment and a free solo commentary even to a partner whose instrument limits his ability to accompany.
Which brings us (at last!) to this recording. Enrique “Quique” Sinesi, who joins alto saxophonist Charlie Mariano on these recordings, is a strong solo guitarist with a very distinctive musicality. His professional life was determined by the music of his Argentine homeland, he began in Tango Nuevo groups with bandoneonist Dino Saluzzi and Pablo Ziegler, the former pianist in Astor Piazzola’s bands. His playing stays deeply influenced by this music, but he has always remained open toward jazz.

In 1998 he performed before Jim Hall, who since then considers Sinesi one of his favorite guitarists.
On “Tango para Charlie” this solo wizard encounters the sublime melodic magic of one of the great saxophonists in jazz. The wonder of Mariano has always been his stylistic openness, his ability to go from Kenton to Karnataka, from Pierce to Pork Pie without compromising his personal voice, his “jazz” style. So when Sinesi boards his 7-string Spanish guitar and sets up a tango groove employing the meanest bass string on any side of the ocean, Mariano counters with cool and jazzy melodic lines that abstract the groove toward that openness of the “two”. With his supple scarcity Mariano opens up the closure that is inherent in the solo/accompaniment that a guitar can provide. There is no closure here. With every sound these two musicians make here, with every beat they share, they come closer together, moving like one and yet keeping the openness of the two. An abstraction of more than one.
There is no closure in these two. They provide a dialogue that is more. Than one. The more than two. Of music. (by Stephan Richter) 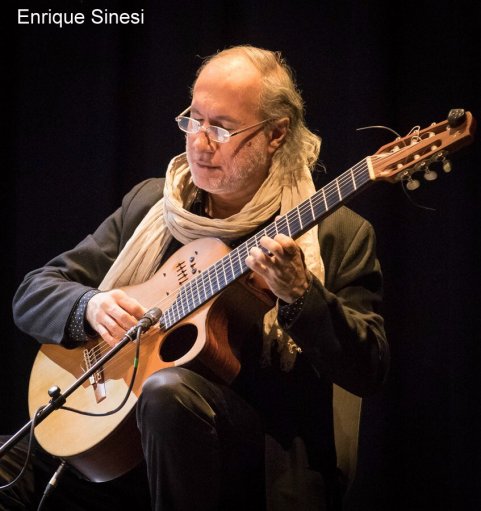