Eight tracks were released as singles, with “Three Steps to Heaven” appearing as a b-side. Three additional tracks “Have I Told You Lately That I Love You,” “Lovin’ Time,” and “Tell Me Why” had been released on his first album, Singin’ to My Baby in 1957. All five singles that appeared on the Billboard Hot 100 are included, with the teen anthem “Summertime Blues” being the only time Cochran made the top ten. No Cochran album has ever charted in the United States (by wikipedia)

This compilation was released by Liberty Records in 1960, shortly after Eddie Cochran’s death that spring, the first of several memorial albums (including one called Memorial Album) to come out on Cochran. And while it doesn’t really live up to its title — sad to say, Cochran never had a dozen hits, big or otherwise, to compile — it is a surprisingly good collection as an overview of Cochran’s career and sound (flaws and all), the hits included. At the time of its release, this album would have presented the very first chance that anyone would have had for an overview of Cochran’s career — the problem with the record, as with most early Cochran compilations, lies in the errors made by Liberty

Records in handling Cochran’s career in the first place; the label apparently saw him developing in the same manner as Elvis Presley (which was understandable, as Elvis was the quintessential white rock & roll star of the era), and, like Presley, doing ballads as often as rockers, and found nothing incongruous in the fact that Cochran just didn’t have the voice to pull that off the way that Elvis did. It wasn’t that Cochran couldn’t do it — he could — but it was more of a stretch, and became an impossible one when he was saddled with second-rate material, as was often the case (where Elvis, until he started doing the movies full-time, never had that problem). But this album starts off on the right foot, with “C’mon Everybody” — one of Cochran’s best songs but never a huge hit in the U.S. — leading off the set, which proceeds with the deceptively complex rocker “Three Steps to Heaven.” We jump back to Cochran’s country roots with “Cut Across Shorty” and “Have I Told You Lately That I Love You,” the latter a ballad that Cochran handled surprisingly well — trying for a sound akin to what Elvis was doing on slow numbers — given his relative antipathy to the form. “Hallelujah, I Love Her So” puts us back in the heart of Cochran’s mature sound, showcasing his guitar amid its string accompaniment and some very strong singing as well. The first side closes with the obligatory “Sittin’ in the Balcony” — which, in fairness, was his first Liberty single, and does have a more than decent guitar break even if the song is a little wimpy. Side two storms out with “Summertime Blues,” as powerful a song as any white rock & roller charted in 1957.

But listeners who skip the sappy “Lovin’ Time” and jump to “Somethin’ Else” will be doing Cochran’s memory a world of good. “Tell Me Why” is another slowie, but it shows some power to Cochran’s singing, even if he doesn’t pull off what the record label wanted. “Teenage Heaven” was probably obligatory, as it was featured in the then relatively recent movie Go Johnny Go, and it avoids being totally lame by virtue of Cochran’s raspy vocalizing and a reasonably hot sax solo. And “Drive In Show” closes the set out in a manner that probably ought to be skipped, except out of curiosity over some of the more absurd numbers that Cochran was made to record in his tragically brief career. It’s not an ideal collection, by any means, but it is an honest snapshot of his music, warts and all.  (by Bruce Eder) 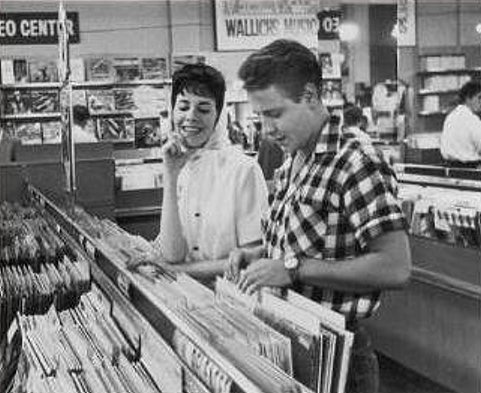 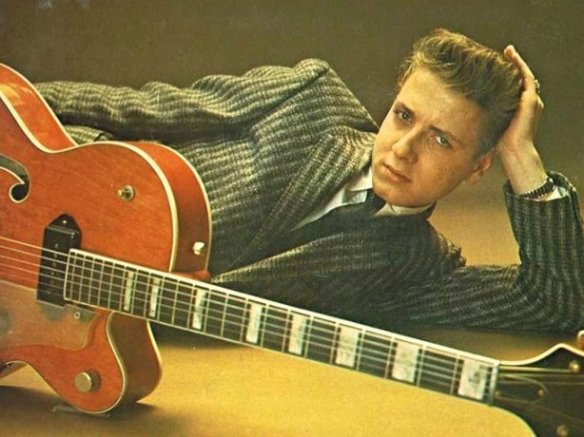