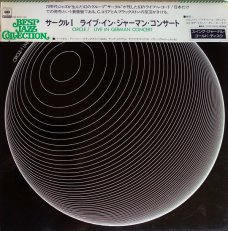 Circle was an avant garde jazz ensemble active in 1970 and 1971. The group arose from pianist Chick Corea’s early 1970s trio with Dave Holland on bass and Barry Altschul on drums and percussion with the addition of Anthony Braxton in a leading role on several reed instruments. The group’s earliest (and only studio) recordings were made in 1970 for the Blue Note label but not released until 1975 under Corea’s name. A live double album appeared on the ECM label in 1972. These recordings document a period in which Corea’s work was steeped in the jazz avant garde, prior to his complete shift to the jazz fusion orientation. Corea, Holland and Altschul also recorded the album A.R.C. for ECM in 1971, but it was not released under the band name “Circle.” (wkipedia)

And here is the rare “Circle 1: Live in Germany Concert” (released in Japan only) 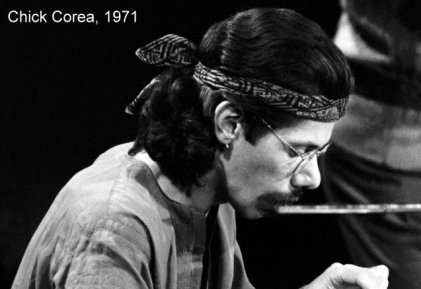 “Circle 1: Live in Germany Concert” shares a setlist with the latter half of Circle’s other famous live album—though at this gig, the band pushes prettiness and aggression to greater extremes. A long suite of two compositions by Holland opens the record. Corea gives “Toy Room” a haunted solo introduction that keeps the childhood nostalgia of the main theme from seeming too innocent when it arrives. With the rhythm section offering free-time support, Corea’s long feature only gives brief glimpses of the prickly side of his playing. Braxton’s entrance on flute has a similarly lyrical quality, even when his lines create strange harmonies. Corea occasionally follows Braxton into freer vistas before pulling the saxophonist back to the underlying tune. Despite the fact that the song never gets that far “out,” there’s a compelling drama to the way the players negotiate this loveliness. 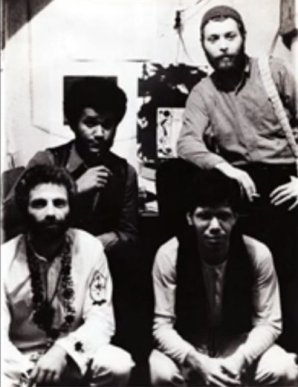 After an improvised, transitional section in the suite, another Holland tune follows. (In keeping with a typo from the original pressing, the song “Q & A” is once again spelled “O & A” on this reissue.) Given its jabbing, repetitive hook, this composition was well suited to demonstrations of Circle’s collective power. But this take from Germany sounds particularly energetic. From the outset of his first soprano solo, Braxton is heard mixing all the paints from his “language music” palette—with harsh overblowing quickly giving way to longer-held tones, then wide-interval attacks. 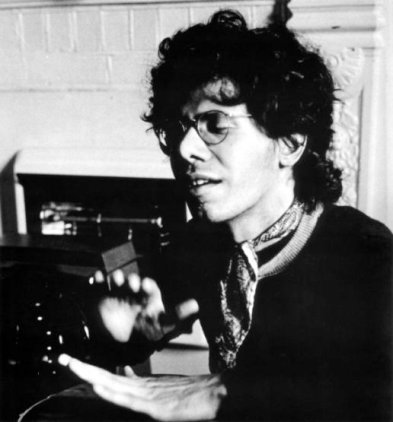 In addition to the timbral intensity of the performance, the quick juggling of such different sound styles has its own hardcore feel. And when the band relents, they keep the experimental vibe afloat by rustling around with miscellaneous percussion instruments and whistles. Later on, Corea flashes some powerful cluster-chords (which owe a debt to Cecil Taylor), and then Braxton helps thrash through Holland’s theme again, this time on alto. (by Seth Colter Walls)

Attention: This is Free Jazz and when I write Free Jazz, I mean Free Jazz ! 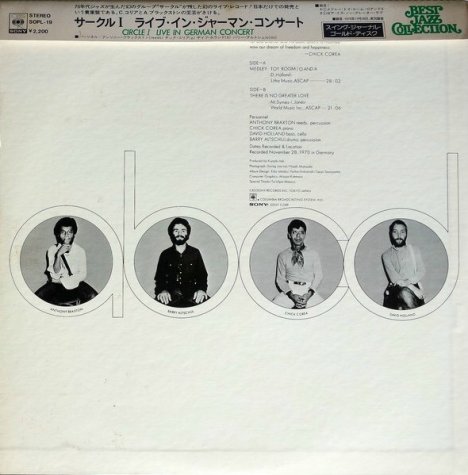 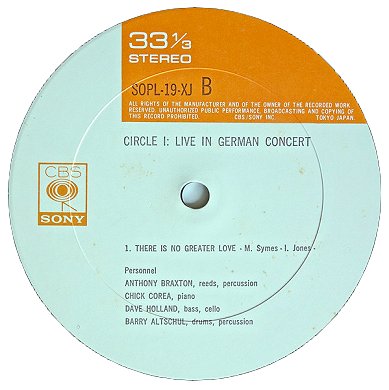