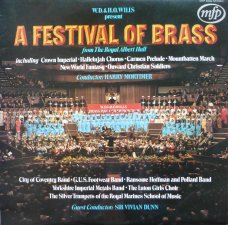 The sound  of sucess as it rang out in London´s Royal Albert Hall, has been captured in this special recording that followed the 1872 W.D. & H.O. Wills Brass Band Championships.

The concert itself came as the climax of a year of regional elimination contests, in which more then 300 bands entered for a chance to compete for the supreme title in the London Finals.

The former is well known to the public as a conductor of the world famous “Men o´Brass” team, of which City of Coventry is a part. This record features the first performance of Gordon Langford´s “New World Fantasy”, which is sure to become an item to be associated witht he maestro for many years to come.

Sir Vivian Dunn, a former Director of Music of the Royal Marines, conducts his own personal tribute to the principal guest at the Wills championships – the Mountbatten March. 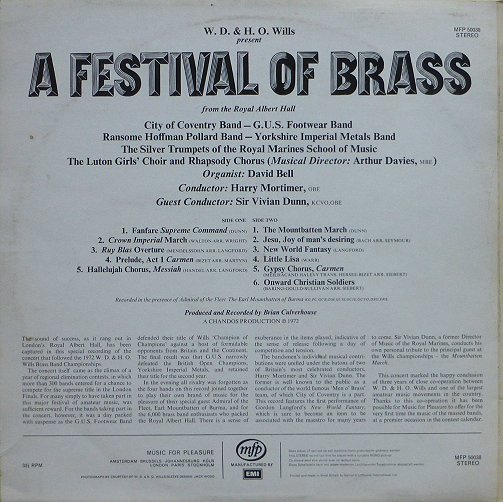 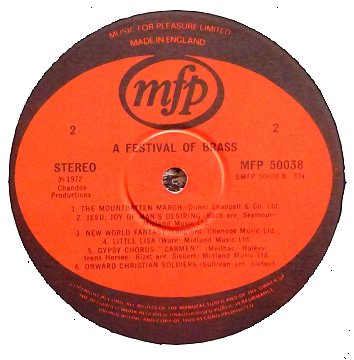