Everybody Else Is Doing It, So Why Can’t We? is the debut studio album by the Irish rock band The Cranberries. Released on 1 March 1993, it was their first full-length album after having released four EPs, and is also their first major label release. The album was written entirely by the band’s lead singer Dolores O’Riordan and guitarist Noel Hogan. It reached number one in the UK and the Irish Albums Chart. At the end of 1995, it ranked as the 50th best selling album in Australia. It reached number 18 on the US Billboard 200 albums chart and sold over five million copies there.

Re-release The album was re-released in 2002, under the title Everybody Else Is Doing It, So Why Can’t We? (The Complete Sessions 1991–1993). This version of the album featured bonus tracks as well as B-sides from the singles lifted off the album.(by wikipedia) 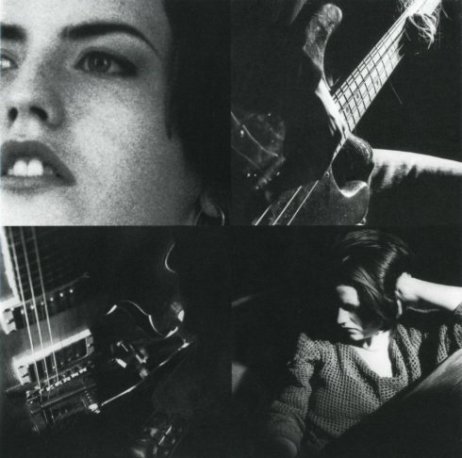 Title aside, what the Cranberries were doing wasn’t that common at the time, at least in mainstream pop terms; grunge and G-funk had done their respective big splashes via Nirvana and Dr. Dre when Everybody came out first in the U.K. and then in America some months later. Lead guitarist Noel Hogan is in many ways the true center of the band at this point, co-writing all but three songs with O’Riordan and showing an amazing economy in his playing, and having longtime Smiths/Morrissey producer Stephen Street behind the boards meant that the right blend of projection and delicacy still held sway. One can tell he likes Johnny Marr and his ability to do the job just right: check out the quick strums and blasts on “Pretty” or the concluding part of the lovely “Waltzing Back.” O’Riordan herself offers up a number of romantic ponderings and considerations lyrically (as well as playing perfectly fine acoustic guitar), and her undisputed vocal ability suits the material perfectly.

The two best cuts were the deserved smashes: “Dreams,” a brisk, charging number combining low-key tension and full-on rock, and the melancholic, string-swept break-up song “Linger.” If Everybody is in the end a derivative pleasure — and O’Riordan’s vocal acrobatics would never again be so relatively calm in comparison — a pleasure it remains nonetheless, the work of a young band creating a fine little synthesis. (by Ned Raggett) 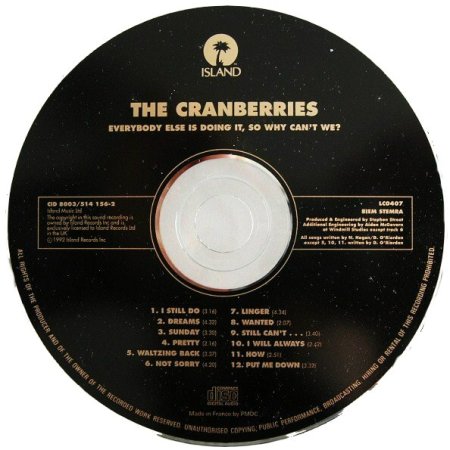 With their surprise success behind them, the Cranberries went ahead and essentially created a sequel to Everybody Else is Doing It, So Why Can’t We with only tiny variations, with mixed results. The fact that the album is essentially a redo of previously established stylistic ground isn’t apparent in just the production, handled again by Stephen Street, or the overall sound, or even that one particularly fine song is called “Dreaming My Dreams.” Everybody wasn’t a laugh riot, to be sure, but No Need to Argue starts to see O’Riordan take a more commanding and self-conscious role that ended up not standing the band in good stead later. Lead single “Zombie” is the offender in this regard — the heavy rock trudge isn’t immediately suited for the band’s strengths (notably, O’Riordan wrote this without Noel Hogan) — while the subject matter (the continuing Northern Ireland tensions) ends up sounding trivialized.

Opening cut “Ode to My Family” is actually one of the band’s best, with a lovely string arrangement created by O’Riordan, her overdubbed vocals showing her distinct vocal tics. Where No Need succeeds best is when the Cranberries stick at what they know, resulting in a number of charmers like “Twenty One,” the uilleann pipes-touched “Daffodil’s Lament,” which has an epic sweep that doesn’t overbear like “Zombie,” and the evocative “Disappointment.” (by Ned Raggett) 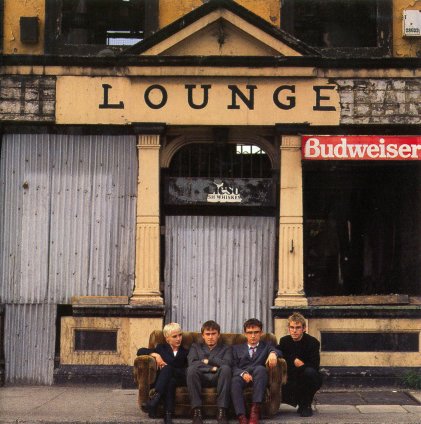