This album is the product of Cubanismo’s self-professed love of New Orleans, also the city in which the band held its first concert. Jesus Alemany arranges the works here for his band in conjunction with a number of New Orleans resident players and singers. The result is often good, though it can be seemingly plagued by competition between the two major rhythmic thoughts, with the Cubans occasionally overpowering the residents or vice versa. In general, the best works are the ones written specifically for this project, with some of the more standard numbers falling by the wayside. The rap number also fails to some degree, with perhaps too many styles represented in a single work. Overall though, almost anything coming from Alemany’s musical genius is worth listening to, and this is worthwhile as such, though perhaps mildly inferior to the purely Cuban album. (by Adam Greenberg) 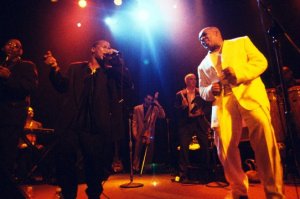 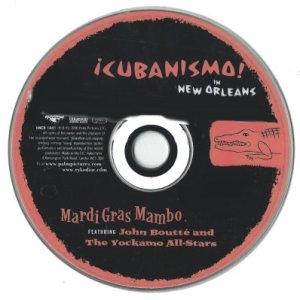