Safe Trip Home is the third studio album by Dido (Armstrong). It was released in the United Kingdom on 17 November 2008. The album features collaborations and production with Jon Brion, her brother Rollo Armstrong, Brian Eno, Mick Fleetwood, Citizen Cope and Questlove. The album was the 44th best-selling album worldwide of 2008, according to IFPI and has sold 1 million of copies since then. The album was nominated for a Grammy Award in the category Best Engineered Album, Non-Classical.

The album’s cover artwork and track listing were revealed by Dido’s official website on 5 September 2008. The album was originally due to be released on 3 November, but was delayed for two weeks due to manufacturing delays. In the UK, the album launch was heralded with a special listening party, which fans can win an invitation to through the Nectar loyalty card points scheme.

The album cover features a photograph of astronaut Bruce McCandless II during a spacewalk, as part of space shuttle mission STS-41-B. McCandless later sued Dido, Sony Music Entertainment and Getty Images over violating his publicity rights. The case was settled under undisclosed terms on 14 January 2011. An August 2005 Smithsonian magazine article about the photo quoted McCandless saying that the subject’s anonymity is its best feature. “I have the sun visor down, so you can’t see my face, and that means it could be anybody in there. It’s sort of a representation not of Bruce McCandless, but mankind.” 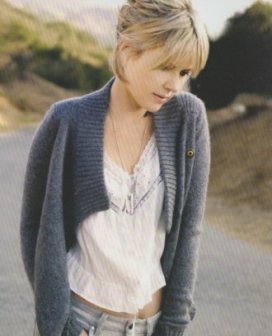 On 27 October 2008, it was announced that eleven short films were being produced to accompany the tracks on the album, based around the theme of home.

The album received very positive reviews. Metacritic rates the album at 74 out of a 100. Stephanie Merritt from The Guardian wrote “This album is a mature and thoughtful collection of songs and a fine memorial to her father, who would have been right to be proud.” While Chris Willman from Entertainment Weekly said “The emotion in these sad, subtle songs seems inherent enough, though you may still find yourself wishing she’d allowed the slightest hint of it to creep into her voice.” Will Hermes of Rolling Stone said: “Dido’s voice is so comforting, you almost miss the blues it conceals.”

Sal Cinquemani of Slant Magazine gave a more critical review: “The album might be Dido’s least adventurous to date, [with] her brand of vanilla soul going down like a warm cup of milk on tracks like the lead single “Don’t Believe in Love” and “Quiet Times”, the lyrics of which pretty much capture her overall state of mind: “My home is home and I’m settled now/I’ve made it through the restless phase.” Though he noted that there was a “timeless quality to the songwriting and production.” Elizabeth Goodman of Blender was also more critical. “The songs are ostensibly sad but [they are] as pleasant as a pile of warm, unfolded laundry. …Dido should let her socks go unsorted for a while; genuine sorrow sounds good on her.” Regardless of the album’s late release in the year, it was ranked No. 50 in Q’s 50 Best Albums of the Year 2008. In 2010, the album was nominated for the Grammy Award for Best Engineered Album, Non-Classical.

Two singles were released from the album. On 22 August 2008, the day that the album’s title was announced, the track “Look No Further” was released as a free digital download through her official website. The first official single from Safe Trip Home, “Don’t Believe in Love”, was released on 27 October 2008. It was also made available on iTunes stores internationally from 29 October. The second single, “Quiet Times”, was released in February 2009. (by wikipedia)

Perhaps even Dido realized that the chief criticism lodged against her first two albums was that they were a bit too placid, so she decided to change things, albeit subtly, on her third, Safe Trip Home. This album appears five years after 2003’s Life for Rent, which is only a year longer than the gap between No Angel and Life, yet it feels like it had a longer gestation: Dido’s songs are subtler and richer, and so is the production, largely a collaboration with Jon Brion but also featuring Brian Eno on “Grafton Street.” These are two of an impressive lineup of guests who range from Mick Fleetwood to Citizen Cope and ?uestlove from the Roots, but don’t be mistaken in thinking that this is a dramatic break from Dido’s elegant, shimmering past: it’s a deepening, adding layers and textures, both musical and emotional, that are apparent upon the first listen but reveal themselves more with repeat spins. This is less about the surface — something that Life for Rent could sometimes seem to be all about — than what’s underneath, as Dido’s songs here gently hook their way into the subconscious on. There are melancholic edges, but it’s not haunting, it’s comforting, reassuring music that’s quietly powerful, music that Dido hinted at before but never quite made. (by Stephen Thomas Erlewine) 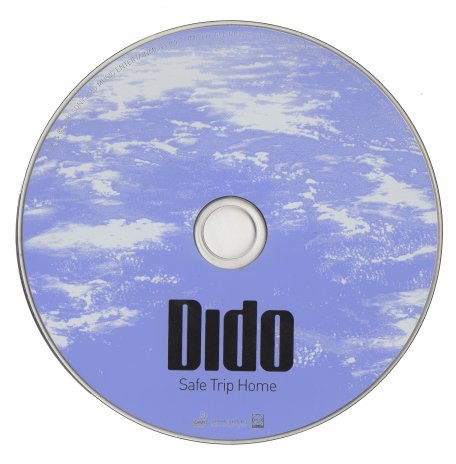 Life for Rent is the second studio album by the British singer-songwriter Dido, released by Arista Records on 29 September 2003.

The album was produced by Rollo Armstrong and American songwriter Rick Nowels. Work on the album began in mid-2002. It was certified 7× Platinum by the BPI; and sold over 12 million copies worldwide, making it the fourth best-selling album worldwide of 2003.

The album became the seventh best-selling album of the 2000s on UK, making Dido the only singer to have two albums in the Top 10 list. (by wikipedia)
Life for Rent doesn’t offer anything that drastically different from Dido’s debut album, No Angel — the dance beats are marginally fresher, the production is clean and new — but this predictibility is actually rather refreshing because the album delivers on its promise, 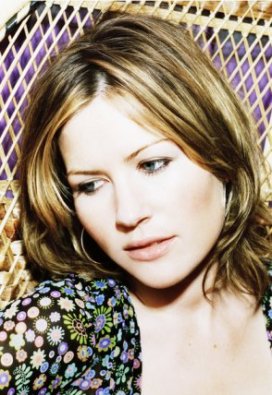 unlike many sophomore affairs in 2003. That its promise is rather modest doesn’t really matter, since Dido is successful at modest songs. She has a sweet, warm voice and a knack for tuneful modern folk-pop that sounds intimate while being confidently catchy and nicely atmospheric.

In other words, it retains the feel of No Angel and its two big hits, “Here With Me” and “Thank You,” without ever rewriting either song, but contributing songs like “White Flag,” “Stoned,” “Life for Rent,” and “Do You Have a Little Time,” which are nearly as memorable. The appeal of Life for Rent is what makes Dido appealing — she’s unassuming and gentle, but her songs are so melodic and atmospheric they easily work their way into the subconscious, and the records are well-crafted enough to be engaging on repeated plays.

So, Life for Rent isn’t much different than its predecessor, but that’s a very good thing in this case. (by Stephen Thomas Erlewine)