Edwin Reuben Hawkins (August 19, 1943 – January 15, 2018) was an American gospel musician, pianist, choir master, composer, and arranger. He was one of the originators of the urban contemporary gospel sound. He (as leader of the Edwin Hawkins Singers) was probably best known for his arrangement of “Oh Happy Day” (1968–69), which was included on the “Songs of the Century” list. The Edwin Hawkins Singers made a second foray into the charts exactly one year later, backing folk singer Melanie on “Lay Down (Candles in the Rain)”.

Hawkins was born in Oakland, California, on August 19, 1943. At the age of seven, he was already the keyboardist to accompany the family’s gospel group.

Together with Betty Watson in May 1967, he was co-founder of the Northern California State Youth Choir of the Church of God in Christ, which included almost fifty members.[2] This ensemble recorded its first album, Let Us Go into the House of the Lord, at the Ephesian Church of God in Christ in Berkeley, California (on the Century 70 custom label owned by LaMont Branch). The choir used this LP as a fundraiser to go to the 1968 Youth Congress for the COGIC in Washington, D.C. to compete in the annual choir competition and represent the Northern California area. The choir did come in second place at the competition, but that was one of many surprises coming their way. Upon their return from that trip, the LP found its way into the hands of a KSAN Underground Rock DJ in San Francisco who happened to pick “Oh Happy Day” to play on his station; it became an instant hit. The soloists on the album were Elaine Kelly, Margarette Branch, Dorothy Combs Morrison (the original lead singer on “Oh Happy Day”), Tramaine Davis (Hawkins), Reuben Franklin, Donald Cashmere, Betty Watson, and Ruth Lyons. 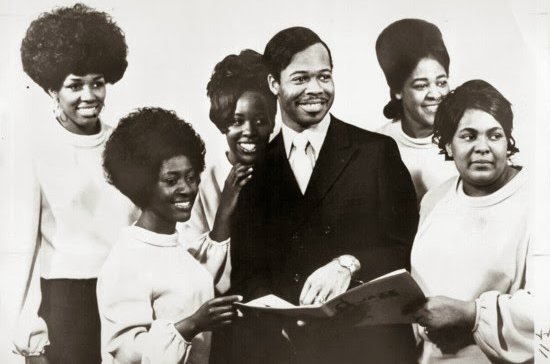 Once “Oh Happy Day” started being played in other parts of the country and the group was made aware of its rising success on the radio, they began to get in contact with the right people in the industry who helped them get a major record deal. The group signed on with the newly created Pavilion label (distributed by Buddah), and released a second LP, called He’s A Friend Of Mine, in 1969, but it was “Oh Happy Day” that rocketed to sales of more than a million copies within two months. It crossed over to the pop charts, making U.S. No. 4, UK No. 2, Canada No. 2, No. 2 on the Irish Singles Chart, and No. 1 on the French Singles Charts and the German Singles Charts in 1969.[4] It then became an international success, selling more than 7 million copies worldwide, and Hawkins was awarded his first Grammy for it. His arrangement of the song was eventually covered by The Four Seasons on their 1970 album Half & Half.

The choir’s second LP Top 10 hit on the Billboard Hot 100 charts was the 1970 Melanie single “Lay Down (Candles in the Rain),” on which the label listed the performers as “Melanie with The Edwin Hawkins Singers”. The song peaked at No. 6 in the U.S. and Top 10 in several other countries.

In the 1992 movie Leap of Faith, Hawkins is the choir master for the gospel songs.[citation needed]

Hawkins died of pancreatic cancer on January 15, 2018 in his home, in Pleasanton, California, at the age of 74. (by wikipedia)

One of the few Edwin Hawkins compilations to escape the bounds of the LP medium, Buddha’s Oh Happy Day!: The Best of the Edwin Hawkins Singers offers 15 tracks from one of the most uplifting artists of the late ’60s and ’70s. Beginning with the title track of their debut LP, Let Us Go Into the House of the Lord, the disc includes the full version of the surprise pop hit “Oh Happy Day,” along with several of Hawkins’ own excellent compositions, among them “I Shall Be Free,” “Precious Memories,” and “Late in the Evening.” The Edwin Hawkins Singers did some intriguing covers as well, and two of the best are included here: the Five Stairsteps’ “O-o-h Child” and Bob Dylan’s “Blowin’ in the Wind” (the latter is nearly seven minutes of testifying bliss). (by John Bush)