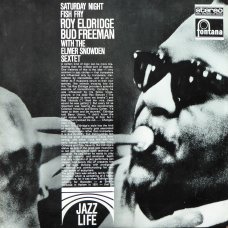 Here´s a great album of two giants from the early days of Jazz:

David Roy Eldridge (January 30, 1911 – February 26, 1989), nicknamed “Little Jazz”, was an American jazz trumpet player. His sophisticated use of harmony, including the use of tritone substitutions, his virtuosic solos exhibiting a departure from the dominant style of jazz trumpet innovator Louis Armstrong, and his strong impact on Dizzy Gillespie mark him as one of the most influential musicians of the swing era and a precursor of bebop.

Lawrence “Bud” Freeman (April 13, 1906 – March 15, 1991) was an American jazz musician, bandleader, and composer, known mainly for playing the tenor saxophone, but also able at the clarinet. He had a smooth and full tenor sax style with a heavy robust swing. He was one of the most influential and important jazz tenor saxophonists of the big band era. His major recordings were “The Eel”, “Tillie’s Downtown Now”, “Crazeology”, “The Buzzard”, and “After Awhile”, composed with Benny Goodman. (by wikipedia)

And here´s their wild trumpet & saxophone show … not too far away from Rock N Roll … one for money, two for the show … a real crazy mixture between Jazz and Rock N Roll !

A forgotten jewel in the history of Jazz, believe me ! 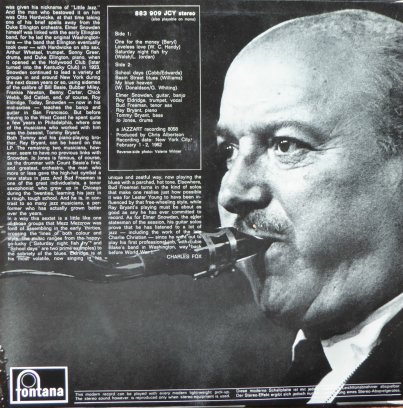