This is the first truly progressive album ELOY recorded. Frank Bornemann certainly wasn’t too happy with the political direction the band was heading on their first album. Of course original member Erich Schriever was mostly responsible for that, but of course, Frank Bornemann didn’t think music and politics should mix. So Schriever was given the boot, and original drummer Helmuth Draht left too. So Fritz Randow came in for drums, Manfred Wieczorke switched to organ and Frank Bornemann now started to sing as well as play guitar. Bassist Wolfgang Stöcker lasted long enough to appear on this album.

So of course, all the left-wing political statements are now gone, in place of sci-fi oriented lyrics, with a spacier sound, more in the PINK FLOYD realm. The album consists of four extended cuts, beginning with the side-length “Land of No Body”. Lots of PINK FLOYD references here, but parts of it also remind me of CAMEL. I just love that experimental spacy organ in the middle, it really trips me out. “Future City” sounds a whole lot like JETHRO TULL, but without the flute.

Apparently certain FM stations in America were flattered by that, and so they played it ( Inside did receive an American release, on the Janus label – the German version was on Harvest, which is their first album for the label), of course, if “Future City” was ever played on American radio, it was on “progressive free form” FM stations (the FM format that existed before the rise of AOR in the mid 1970s). The album closes with the mellow “Up and Down”. It wasn’t sung by Frank Bornemann, but by Manfred Wieczorke, which comes to prove that he shouldn’t sing (and he never did afterwards). Plus there’s some narration that sounds like a German Bob DYLAN. And while the vocals are the weak part of the song, the spacy organ and atmosphere more than makes up for it. Great stuff, especially if you like that underground early ’70s guitar/organ-driven prog. (by Proghead) 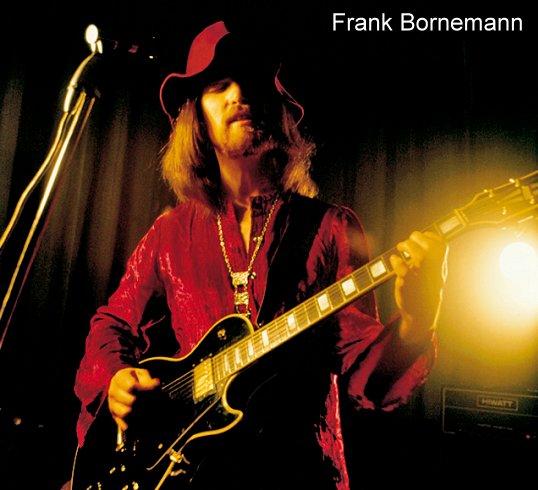