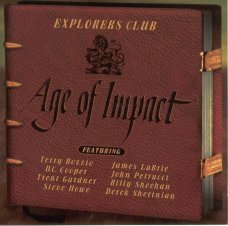 This is another of the supergroup combinations from the Magna Carta label and is the brainchild of Trent Gardner of Magellan. It features Terry Bozzio (Frank Zappa) on drums, Billy Sheehan (Talas) on bass, and the soloing of John Petrucci (Dream Theater). There are also several other guest musicians, such as Steve Howe (Yes) and James LaBrie (Dream Theater). It is one of the more intelligent and diverse progressive albums to emerge during the ’90s. Unlike its predecessors, Black Light Syndrome and Liquid Tension Experiment, this is more of a progressive rock (as opposed to metal) recording in the tradition of Jethro Tull and Genesis. Bozzio’s drumming adds a unique quality to the band, as do the diverse vocal stylings of each singer. 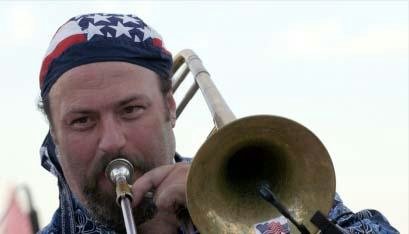 It isn’t often that you get to hear a single body of work that features consistent music with different vocalists and musicians changing throughout. There is the obvious risk that the music would sound too pieced together; however, this is a homogenous effort. It’s a fairly large statement to say that the least interesting moments are Petrucci’s soloing, but this is the case. Although his work with Dream Theater has proven him to be a very capable guitarist, it was apparent on this recording that he’s shown all of his cards. Of the music here, “Fate Speaks” is just a tad too long; it features Magellan’s biggest weakness as a band, which is to repeat the same chorus too many times. On its own, it would probably be more impressive, but here, it is actually the weak link, as the other tunes are so impressive. “Fading Fast” features interesting vocals, sound effects and even a drum machine, which actually works in this setting. The transition into the core of the song is handled perfectly by Dali’s Dilemma vocalist Matt Bradley. James LaBrie handles the vocals on “No Returning,” which features a refreshing flute solo by Michael Bemesderfer and more over the top soloing by Petrucci. “Time Enough” is memorable mostly for D.C. Cooper’s edgy singing and a fine acoustic guitar solo by Steve Howe. The disc closes with an all-out jam session on “Last Call.” Petrucci and Bozzio go toe to toe for about five minutes until the session fades out. Highly recommended. (by Robert Taylor)

All songs written by Trent Gardner