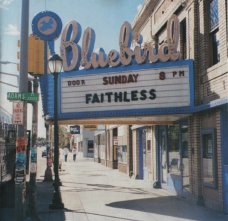 Sunday 8PM is Faithless’ second album, released on 28 September 1998. The album contains the hit singles “Bring My Family Back”, “Take the Long Way Home”, and “God Is a DJ”. The album reached #10 place in the UK charts. In 1999, Sunday 8PM was one of twelve albums to make the shortlist for the Mercury Prize.

In 1998, there was a special release in the Netherlands: The Pinkpop Edition, which included a bonus CD with four live recordings (“God Is a DJ”, “Bring My Family Back”, “Do My Thing”, and “If Lovin’ You Is Wrong”) from the Pinkpop festival of June 1998.

In 1999, the album was re-released as Sunday 8PM / Saturday 3AM, containing an extra CD with mixed versions.

The image on the album/CD cover is the Bluebird Theatre in Denver, Colorado, United States. (by wikipedia) 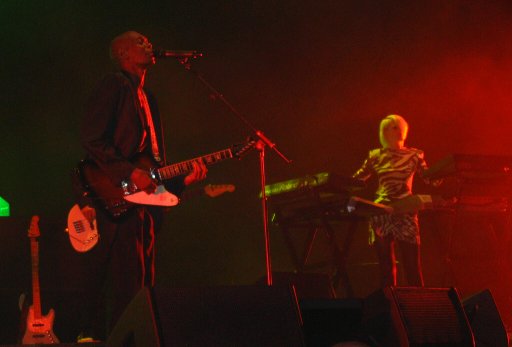 The second album from U.K. electronic dance collective Faithless, Sunday 8pm has neither the rampant grooves nor the arrogant idealism to qualify it as anything more than a random, standard dancefloor record with redundant beats and hoary ideas. Clearly, though, more was intended; the theme running throughout Sunday 8pm is one that celebrates club life with an almost religious enthusiasm. The dreamy soundscapes here alternate between elegantly spiritual (and very new age) drifts and dull, tuneless forays into spacy nowhereland — and the occasional misguided R&B trips lack soul (not all that surprising, considering the coldness of this band’s electronica). The one keeper is “God Is a DJ,” eight minutes of club worship that repeats the refrain “This is my church” so relentlessly that you begin to wonder if the Faithless altar includes a turntable and synthesizer along with the usual celebratory offerings. (by Michael Gallucci) 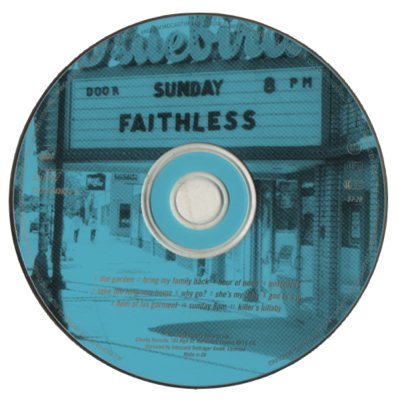