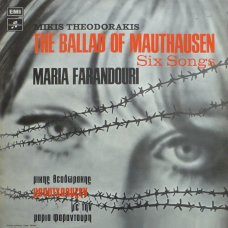 The album “The Ballad Of Mauthausen” is one of the most haunting and beautiful pieces of music I have encountered in recent times. For music which was released in 1974 it is just as striking in present times as  it was then – I do regard it as timeless (although I shudder at the thought of using that adjective). The songs have a common thread: they express in powerful music and lyrics the terror, the agony and torture of the concentration camp and its effects on the minds and bodies of the inmates. Best-known of the 4 songs is “Asma Asmaton” expressing the anguish of a Jewish prisoner on learning that the women he loves has just been sent to the gas chamber. Maria Faranouri delivers a remarkable performance as in the fourth song ”Otan teliosi O Polemos” ( “When the War Ends”) which portrays the life-in-death fantasy of a Jewish internee who dreams of the end of the war, or of life in almost surrealist images. 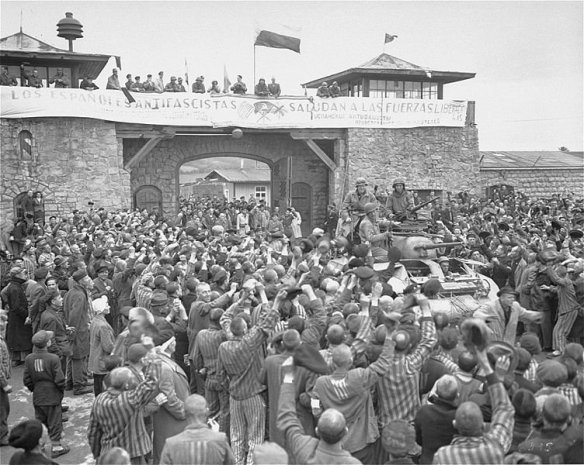 Tanks of U.S. 11th Armored Division entering the Mauthausen concentration camp; banner in Spanish reads “Antifascist Spaniards greet the forces of liberation”. The photo was taken on 6 May 1945

Mikis Theodorakis says himself of the work: “A good friend of mine, the poet Iacovos Kambanellis, was a prisoner in Mauthausen during World War II. At the beginning of the sixties, he wrote his memories of this time under the title of “Mauthausen”. In 1965, he also wrote four poems on the subject and gave me the opportunity to set them to music. I did this with much pleasure, firstly because I liked the poetry of the texts, and secondly because I was myself locked up during the Nazi occupation in Italian and German prisons, but mainly because this composition gives us the chance to remind the younger generation of history, that history must never be forgotten.

First and foremost, of course, the Mauthausen Cantata is addressed to all those who suffered under Fascism and fought against it. We must keep the Nazi crimes continually in our minds, because that is the only guarantee and the only way to assure that they are not repeated. And we can see every day that the ghost of Fascist is far from being laid. It seldom shows its real face, but Fascist cultures and mentalities exist all over the world. For us, who had to live through this time of horror, the most important task is to protect our children against this peril.” 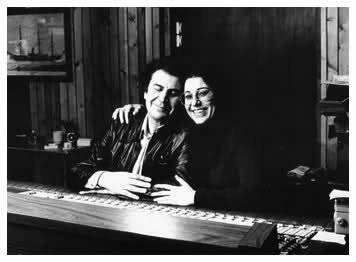 The six songs that make up the rest of the album, four ballads and two lively, up tempo ones, all demonstrate Farandouris’ distinctive dramatic style, which adds an essentially Greek touch of pathos and nostalgia even in the lively gaiety of the two faster songs.

(Thanks to Zero G Sound + dancingplague.blogspot) 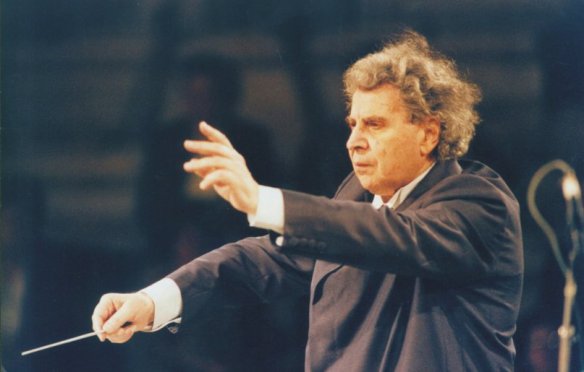 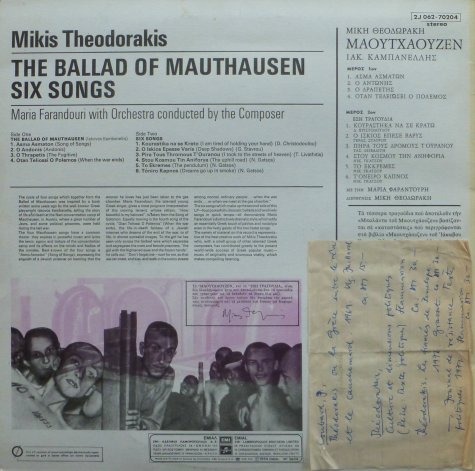 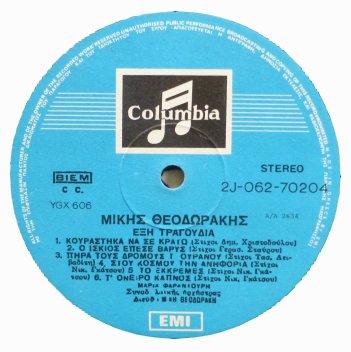 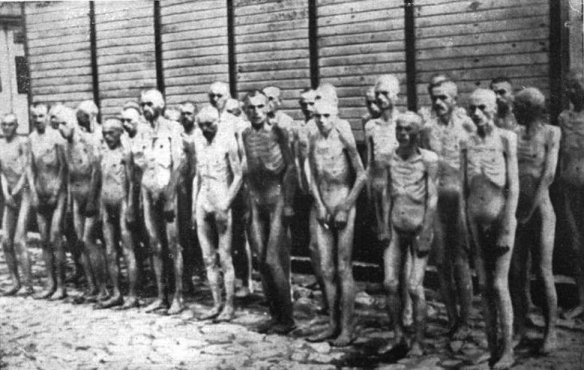 Soviet POWs standing before a barracks in Mauthausen Concentration Camp