Rózsa achieved early success in Europe with his orchestral Theme, Variations, and Finale (Op. 13) of 1933, and became prominent in the film industry from such early scores as The Four Feathers (1939) and The Thief of Bagdad (1940). The latter project brought him to America when production was transferred from wartime Britain, and Rózsa remained in the United States, becoming an American citizen in 1946.

His notable Hollywood career earned him considerable fame, earning 17 Oscar nominations including three successes for Spellbound (1945), A Double Life (1947), and Ben-Hur (1959), while his concert works were championed by such major artists as Jascha Heifetz, Gregor Piatigorsky, and János Starker. (wikipedia)

In the 1970s, Miklós Rózsa recorded three compilation albums of his film music with the Royal Philharmonic Orchestra for Polydor Records, including a mix of his well-known classics with a few slightly more obscure works. Despite being very popular at the time, for some reason the recordings have never made their way onto CD, which is a great shame. This new CD from Intrada is a spiritual successor to that series, featuring music from five of the composer’s scores, including one suite that was specifically prepared for a fourth volume of the series which never materialised. 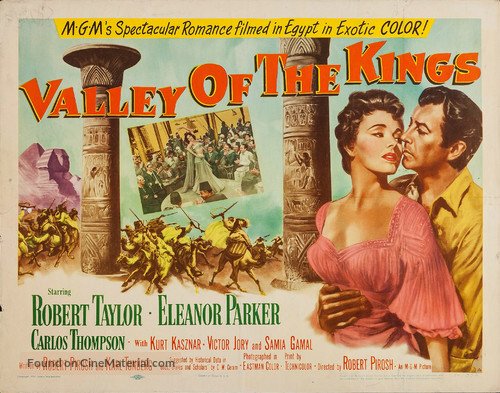 Intrada has made several outstanding re-recordings of Rózsa’s music in the past – I love in particular their Ivanhoe and Julius Caesar recordings conducted by Bruce Broughton. This album is performed by the Royal Scottish National Orchestra – used by Varèse Sarabande for many film music re-recordings in the 1990s and early 2000s – conducted by Allan Wilson. The album opens with a suite from the 1954 romantic adventure Valley of the Kings, which is exotic and exciting and very much a product of film music’s Golden Age. The suite only lasts for five minutes but finds time to move with pace from the dashing main theme through to its romantic conclusion. It’s only a little flavour of the score, but it’s a very fine way to start the album.

The main event follows next – seven tracks from The Man in Half Moon Street, which take up almost half of the album. The 1945 film is little-remembered today; it is about a man who has prolonged his life – and preserved his youthful appearance – by having a surgeon transplant organs to him from medical students every decade. Unfortunately, with the surgeon now ageing rapidly himself, the man (played by Nils Asther) needs to find another one willing to undertake the procedure for him. Rózsa worked on the film shortly before one of his best-known works, Double Indemnity, and the music is identifiably from that period in his career – tense and atmospheric, at times tortured and always complex, it is a compelling musical portrait of both love and anguish. The swirling main theme is hypnotic; and in stark contrast is the ravishing love theme (I particularly love the solo piano arrangement, played beautifully by Mike Lang). There’s an opulent waltz too but perhaps most impressive of all is the almost overpowering drama of “Transformation”.

The long-forgotten 1942 jungle adventure Jacaré is represented by its “Prelude”, a colourful theme of pace and passion. Perhaps my favourite music on the album is the fabulous eleven-minute suite from The Strange Love of Martha Ivers, a 1946 film noir starring Barbara Stanwyck, married to but not in love with Kirk Douglas (in his first ever role). The music is vintage Rózsa in every way – bold and dramatic of course and featuring one of his best love themes, a sumptuous melody blessed with a beautiful passage for solo violin, completely stunning. The composer is rightly lauded for his spectacular action/adventure themes and his game-changing dark dramatic scores of the 1940s (of which this is one) but perhaps isn’t given quite the attention he deserves for his exquisite love themes, several of which are quite heart-wrenchingly beautiful.

The album ends as it began, with a suite from an action/adventure, this time the Humphrey Bogart picture Sahara, a WWII movie set in Libya and released while the war was still raging (in 1943). The flavoursome music, including a kind of patriotic orchestral hymn alongside some pulse-pounding action music, is a thrilling way to round off proceedings. Intrada’s album is a spectacular overview of, mostly, some lesser-known music by one of the greatest of all film composers. Stirring and emotional as well as brilliantly clever, Miklós Rózsa’s music is always so entertaining and works beautifully well in this kind of suites-and-themes form, allowing well-rounded glimpses into five of his scores that are completely musically satisfying in themselves. The performance from the RSNO is very fine, the recording by Phil Rowlands and production by Kevin Kaska to be commended. Frank K. DeWald’s liner notes are authoritative and informative. This is a brilliant album. (James Southall) 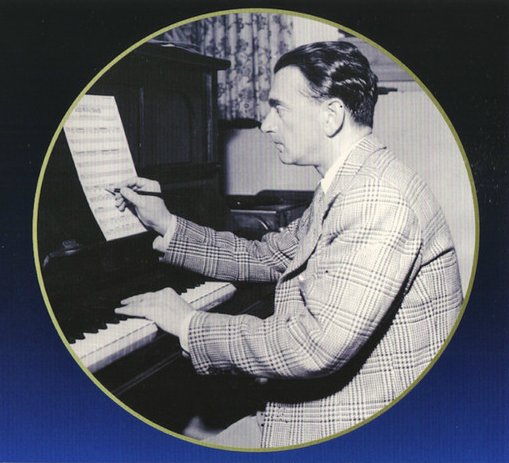