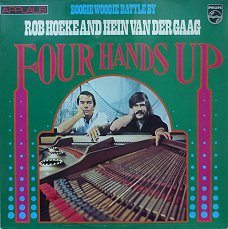 Rob Hoeke (9 January 1939 — 6 November 1999) was a Dutch singer, pianist, composer and songwriter most famous for his renditions in the field of Boogie-woogie releasing over 20 albums. Besides that he played and recorded in a musical variety of styles ranging from Blues, Soul, Rock and Rhythm & Blues.

Rob Hoeke’s most successful period was in the second half of the 1960s and early 1970s with his Rob Hoeke’s Rhythm & Blues Group. He scored hits with “Margio” (number 12 on the Dutch Top 40 in 1966), “Drinking On My Bed” (number 11 in 1966) and “Down South” which would become Hoeke’s signature tune and biggest hit reaching number 6 in 1970. His sole charting album was Four Hands Up, a collaboration with fellow Boogie-woogie artist Hein van der Gaag which charted at number 7 in 1971.[6]

In 1974, Rob Hoeke lost two fingers in an accident and his career all but seemed to be over. After a few years, he started playing and performing for audiences again but his heyday was over. He recorded many more albums, one with Alan Price from the Animals. Hoeke made a solo performance at the first Amsterdam Blues Festival in 1983 where his solo performance received a standing ovation from the audience of 1,100. Subsequently, he made his first solo album Jumpin’ on the “88” for the Oldie Blues label in 1983.

Rob Hoeke died in 1999 after a short illness. (by wikipedia)

Hein van der Gaag is another boogie piano player from the Netherlands … today ist is still active as a very fine jazz musician … and if you ever be in Amsterdam … visit one of his concerts … it´s more than a pleasure !

This is their first album … and … you should listen to this music … and you can hear a great boogie-woogie piano battle … and much more !!! 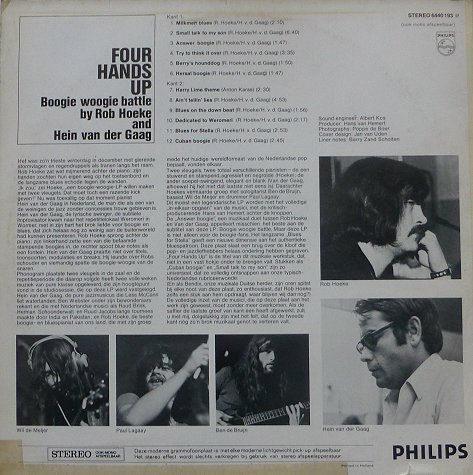 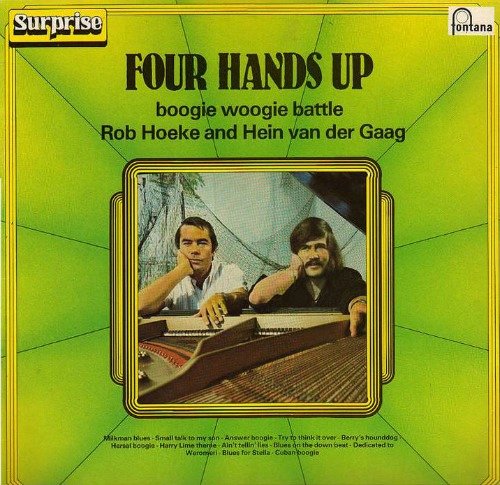 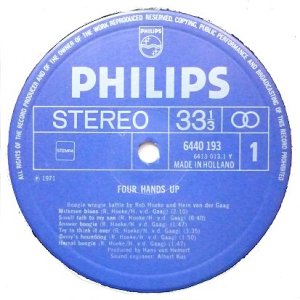