The next two albums are devoted to Great Britain. They include examples by two neglected tenorists: Wilton “Bogey” Gaynair and Joe Harriott, both with Jamaican origins. Tubby Hayes and the Jazz Couriers deliver their usual hundred-notes-a-minute, while Johnny Dankworth’s orchestra plays some tight arrangements. (musicweb-international.com)

No, no, no … this compilation is not so weak, as we read above … it´s a great compilation with lots of rarities from the young European Jazz-Scene during the 50´and this time we hear great Jazz from Great Britain ! Excellent stuff ! 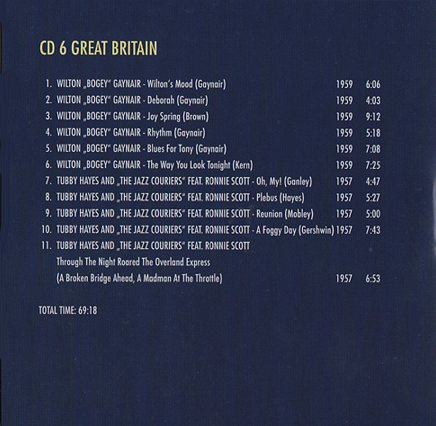