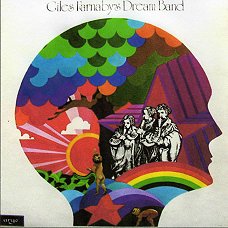 The album title is a pun on the piece ‘Giles Farnabys Dreame’ by the renaissance composer Giles Farnaby.

The album largely consists of renaissance dance tunes played on a combination of early and modern instruments. This prefigures some of the work later undertaken by the Albion Band and Home Service. It is chiefly notable for its experimental nature, demonstrating some of the diverse attempts at fusion at the time which resulted in subgenres such as folk jazz and medieval folk rock. It is most similar in its sound to medieval folk and progressive rock bands like Gryphon and Gentle Giant. The rarity of the album has made it the subject of enthusiasm for some collectors.

The song ‘Newcastle Brown’ was subsequently released as a single (Argo, AFW112, 1973). (by Wikipedia)

“Giles Farnaby’s Dream Band make an entirely new medieval-electric sound. Formed by linking the medieval St George’s Canzona with the folk trio Broken Consort, the resulting band brings together early and present day instruments in imaginative and unique performances of some of the most tuneful and infectious music of all time.

“Most of the titles on this album are taken from ‘The English Dancing Master, published by John Playford, Britain’s first ever music publisher. The Tin Pan Alley of 1655 was situated near the Temple Church in London, and it was from a tiny shop near the church door that Playford’s publications were sold.

“The English Dancing Master or ‘Plaine and easie rules for the dancing of country dances, with the tune to each dance’ was first published in 1651, during the period of Oliver Cromwell’s Puritan Commonwealth. It was an austere time, with most of the old customs forbidden: dancing, profane singing, wakes, revels, ringing of bells, maypoles were all banned as dangerous to the security of the nation, and it seems a curious time to publish a collection of dance music. Playford’s own explanation was simple…’I publish this book lest the tunes be forgot’…

“The volume was immediately successful and went into several editions over the next twenty years (in fact it is still in print today). A possible reason for its popularity might have been that although Parliament abolished most forms of merry making, the Lord Protector himself seems to have enjoyed the occasional revel and given dancing a subdued show of approval… 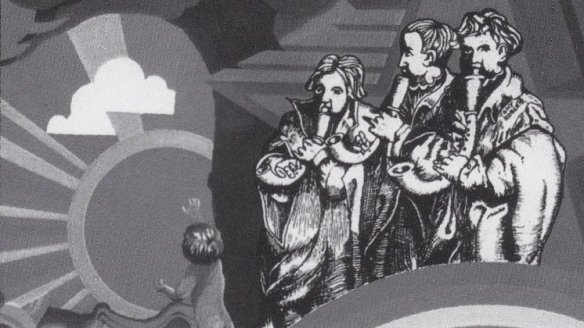 “14th November 1657: ‘On Wednesday last was my Lord Protector’s daughter married to the Earl of Warwick’s grandson; and on Thursday was the wedding feast kept at Whitehall, where they had 48 violins, 50 trumpets and much mirthe with frolics, besides mixed dancing (a thing heretofore accounted profane) till five of the clock yesterday morning.’ (by Kevin Daly; taken from the original liner notes)

Oh yes … not only an extremely rare album, but an album, that is really wonderful … old renaissance tunes performed in a very gentle and warm sound and style …

A more than unique and brilliant album ! 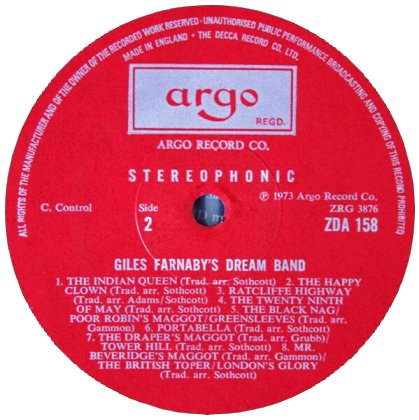