Magic is an album by British rock band Gillan, their final collaboration, released in October 1982. It features eight original songs, mostly co-written by Ian Gillan and Colin Towns, and a cover of Stevie Wonder’s 1973 hit single “Living For The City”. This cover was released as a 7″ single, in both picture-bag and picture-disc editions, and was accompanied by a promotional video.

Although the album was generally accepted by Gillan’s staunch UK following, it failed to achieve the chart success of Glory Road or Future Shock, peaking at No. 17 in the UK chart.

Magic was reissued in 1989 and in 2007 with seven bonus tracks, including cover versions and B-sides. (by wikipedia)

The final release of original material from Ian Gillan’s second project to bare his name, Gillan’s Magic was originally issued in 1982 by Virgin Records. The label also reissued the disc in 1988 with seven extra tracks, including covers and B-sides. As the group was winding down, their sound was softened a bit on Magic. The LP was generally accepted by Gillan’s staunch U.K. following; however, it failed to achieve the chart success of Glory Road. After opening with two incredible hard-rockers — “What’s the Matter” and “Bluesy Blue Sea” — Magic loses its edge. Moderated cuts like “Driving Me Wild” and “You’re So Right” have potential, but stall during unimaginative choruses. 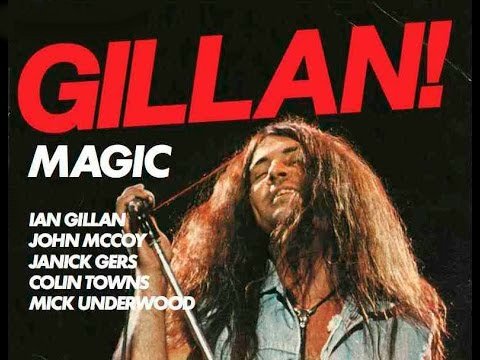 There are even a few straight keyboard pop moments on the inexplicable “Long Gone” that couldn’t have pleased older fans. This song in particular flirts with new wave, a heretic move from a co-creator of “Smoke on the Water.” The first single issued from Magic, Stevie Wonder’s “Living for the City” is a spectacular flop. That, along with the bonus cover material (“Helter Skelter” and “Smokestack Lightning”), prove that Gillan’s powerful but quirky scream is exclusively suited for the classically influenced but catchy hard rock that made Deep Purple a platinum success. (by Jason Anderson) 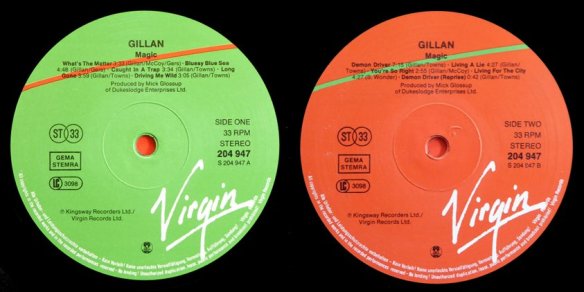 Glory Road is the third album by the British rock band Gillan, released in October 1980. The album reached No. 3 in the UK album charts.

The US version of the album had a slightly different running order and included “Your Mother Was Right” instead of “Sleeping on the Job”. The original UK album came with a free album called For Gillan Fans Only. “Unchain Your Brain” has been re-recorded, and released on Ian Gillan’s 2006 release Gillan’s Inn. A different version of “Trying to Get to You” can be heard on Gillan’s album Cherkazoo and Other Stories.

Glory Road came as a limited edition double LP, and contained the free LP For Gillan Fans Only. When Glory Road was eventually released on CD, most of the For Gillan Fans Only material was included as bonus tracks. However, “Higher and Higher”, “Egg Timer (Vice Versa)” and “Harry Lime Theme” failed to make it to CD until the 2CD 2007 Edsel remaster, which contains both the album and the whole of ‘For Gillan Fans Only’. This latter release also has retrospective comments by Ian Gillan and the original artwork, plus pictures of various single picture-sleeves. (by wikipedia)

Like Mr. Universe, Glory Road put to shame many of the albums Deep Purple recorded after Ian Gillan’s departure. Play this album next to Purple’s post-Gillan 1975 release Come Taste the Band, and it becomes clear just how superior some of Gillan’s solo albums were. Those who like Gillan for melodic yet blistering heavy metal won’t be disappointed by “Sleeping on the Job,” “Unchain Your Brain,” and other inspired, high-octane rockers. A few years later, Gillan would experiment with elements of jazz fusion and R&B/funk, but on Glory Road it is his love of metal and balls-to-the-wall rock that wins out. Next to Mr. Universe, this was Gillan’s best studio date. (by Alex Henderson) 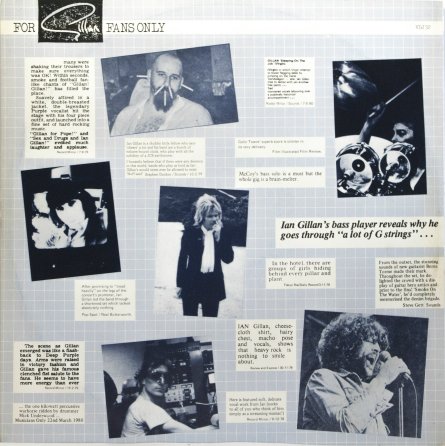