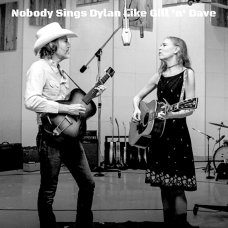 If you saw Gillian Welch and David Rawlings on the Oscars this year, you know they’re amazing. You may not know they are also amazing interpreters of a certain Nobel Prize-winning singer-songwriter. They were featured often on my 40-volume Dylan cover collection “Nobody Sings Dylan Like Dylan,” but when I heard that the Dave Rawlings Machine had covered “Lily, Rosemary and the Jack of Hearts” at a San Francisco concert last year – opening the show with the first half of the song, and closing it with the second half – I decided it was time to give them their own NSD collection. A year later, here it is.

As always, thanks to the tapers – they are the true heroes of the ROIO world – and to Gill and Dave for daring to test their mettle on these incomparable songs. As you might remember, in the summer of 2015 Gill ‘n’ Dave did a 50th anniversary tribute at the Newport Folk Festival to the historic show at which Dylan first plugged in. Surprisingly, it has never turned up on any of the download sites I frequent, though there is a barely listenable/watchable version on YouTube. If you have a better version to offer, please do; if you don’t want to bother with the nuts and bolts of uploading, let me know and I’ll do it for you.

A few of these songs are featured on other NSD sets, but these are different versions. Finally, please allow me to dedicate this collection to my friend and fellow Dylan fan Erik, who first introduced me to Gill ‘n’ Dave’s music in 1996 by giving me a copy of “Revival” and telling me I’d love it. I did, and I still do. (jeffs98119 at dime)

Various dates and venues. Mix of audience and soundboard recordings
between 1996 and 2018 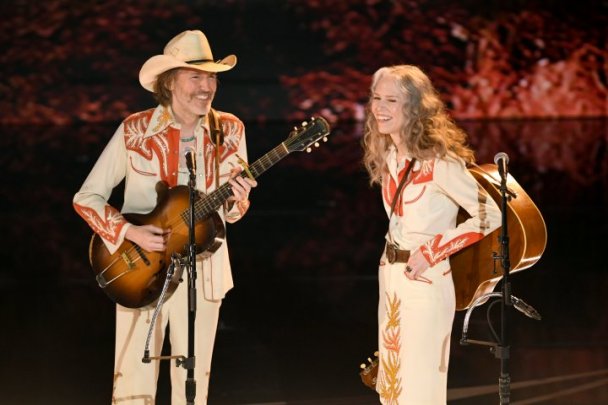 All songs written by Bob Dylan