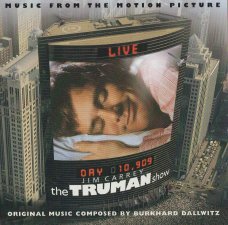 The Truman Show is a 1998 American science fiction comedy-drama film directed by Peter Weir and written by Andrew Niccol. The film stars Jim Carrey as Truman Burbank, Laura Linney, Noah Emmerich, Ed Harris and Natascha McElhone. The film chronicles the life of a man who is initially unaware that he is living in a constructed reality television show, broadcast around the clock to billions of people around the globe. Truman becomes suspicious of his perceived reality and embarks on a quest to discover the truth about his life.

The genesis of The Truman Show was a spec script by Niccol, inspired by an episode of The Twilight Zone called “Special Service”. The original draft was more in tone of a science fiction thriller, with the story set in New York City. Scott Rudin purchased the script, and immediately set the project up at Paramount Pictures. Brian De Palma was in contention to direct before Weir took over and managed to make the film for $60 million against the estimated $80 million budget. Niccol rewrote the script simultaneously as the filmmakers were waiting for Carrey’s schedule to open up for filming. The majority of filming took place at Seaside, Florida, a master-planned community located in the Florida Panhandle. 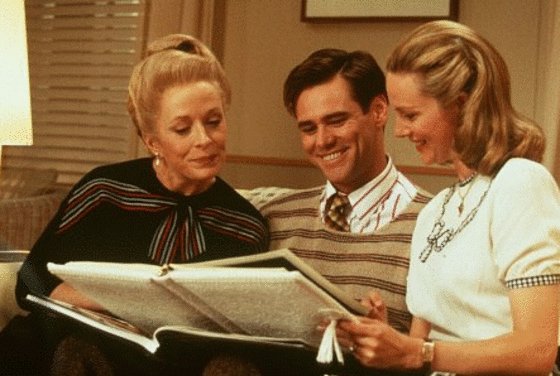 The film was a financial and critical success, and earned numerous nominations at the 71st Academy Awards, 56th Golden Globe Awards, 52nd British Academy Film Awards and The Saturn Awards. The Truman Show has been analyzed as a thesis on Christianity, metaphilosophy, simulated reality, existentialism and reality television.

Truman Burbank is the unsuspecting star of The Truman Show, a reality television program in which his entire life, since before birth, is filmed by thousands of hidden cameras, 24 hours a day, 7 days a week, and is broadcast live around the world. The show’s creator and executive producer Christof is able to capture Truman’s real emotion and human behavior when put in certain situations. Truman’s coastal hometown of Seahaven is a giant set built under a giant arcological dome in the Los Angeles area. Truman’s family and friends are all played by actors, allowing Christof to control every aspect of Truman’s life. 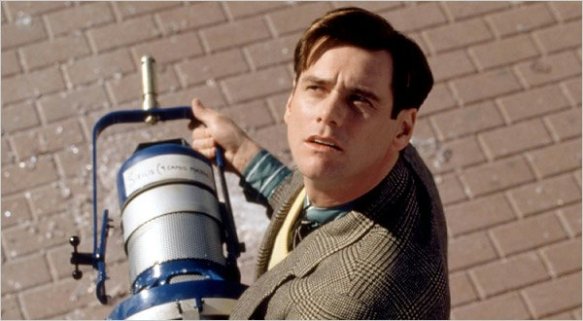 During the 30th year of the show, Truman notices certain aspects of his near-perfect world that seem out of place. A theatrical light (labeled Sirius) falls from the artificial morning sky, nearly hitting him (quickly passed off by local radio as an aircraft in trouble that began “shedding parts”) and Truman’s car radio picks up a conversation between the show’s crew tracking his movements. Truman also becomes aware of more subtle abnormalities within his regular day-to-day life, such as the way in which the same people appear in the same places at certain times each day and his wife Meryl’s tendency to blatantly advertise the various products she buys.

To prevent Truman from discovering his false reality, Christof has invented means of dissuading his sense of exploration, the most drastic of which was “killing” his father in a storm while on a fishing trip to instill in him a fear of the water. Christof also floods the channels with news reports and commercials about the dangers of traveling, and television shows about how good it is to stay at home. The actor that played Truman’s deceased father sneaks back onto the set as a homeless man, but is whisked away as soon as Truman notices him. Despite Christof’s control, Truman has managed to behave in unexpected ways, in particular by falling in love with an extra, Sylvia, known to Truman as Lauren, instead of Meryl, the character intended to be his wife. Though Sylvia is quickly removed from the set and Truman marries Meryl, he continues to secretly pine for ‘Lauren’. Sylvia becomes part of a “Free Truman” campaign that fights to free him from the show and to reveal his identity.

Despite the best efforts of his family and his best friend Marlon to reassure him, all these events cause Truman to start wondering about his life, realizing how the world seems to revolve and shape around him, with complete strangers to him knowing his name. Truman attempts to leave Seahaven but is blocked by fabricated emergency situations, further aggravating him. Meryl grows increasingly stressed by the pressure of perpetuating the deception, and their marriage unravels in the face of Truman’s increasing skepticism and attendant hostility towards her. This causes her to snap and partially reveal Truman’s identity and life in front of Marlon, making Truman confused.

As a result, Meryl is pulled off the show, and Christof officially brings back Truman’s father, hoping his presence will keep Truman from trying to leave. However, he only provides a temporary respite: Truman soon becomes isolated and begins staying alone in his basement. One night, Truman fools the cameras and escapes the basement undetected via a secret tunnel, forcing Christof to temporarily suspend broadcasting of the show for the first time in its history. This causes a surge in viewership, with many viewers, including Sylvia, cheering on Truman’s escape attempt.

Christof orders every actor and crew member to search the town, even breaking the town’s daylight cycle to help in the search. They find that Truman has overcome his fear of the water and has sailed away from the town in a small boat. After restoring the broadcast, Christof orders the show’s crew to create a large storm to try to capsize the boat, prompting a heated debate with his superiors over the morality and legality of murdering a human being in front of a live audience. Truman almost drowns, but his determination eventually leads Christof to terminate the storm.

As Truman recovers, the boat reaches the edge of the dome, its bow piercing through the dome’s painted sky. Truman then breaks down crying and continuously punches the wall. An awe-struck Truman then discovers a flight of stairs nearby, leading to a door marked “EXIT”. As he contemplates leaving his world, Christof finally turns to his last resort by speaking directly to Truman via a powerful sound system, trying to persuade him to stay. Truman, after a moment’s thought, delivers his catchphrase (“In case I don’t see you… good afternoon, good evening, and good night”), bows to his audience and steps through the door and into the real world.

The assembled television viewers excitedly celebrate Truman’s escape, and Sylvia quickly leaves her L.A. apartment and departs to the edges of Seaheaven so she can meet up with him. A network executive orders the crew to cease transmission of the show, as viewers look for something else to watch.

The Truman Show: Music from the Motion Picture is a soundtrack to the film of the same name, and it was composed by Burkhard Dallwitz. Dallwitz was hired after Peter Weir received a tape of his work while in Australia for the post-production. Some parts of the soundtrack were composed by Philip Glass, including four pieces which appeared in his previous works (Powaqqatsi, Anima Mundi, and Mishima, the opening movement from the latter of which appears over the end credits in The Truman Show). Glass also appears very briefly in the film as one of the in-studio composer/performers. Glass and Dallwitz won a Golden Globe for Best Original Score.

The soundtrack to Peter Weir’s Jim Carrey makeover The Truman Show largely consists of Burkhard Dallwitz’s appropriately eerie, comical and sentimental score, yet its also features music from Philip Glass, Chopin, and Wojciech Kilar. The entire collection is remarkably ambitious for an event movie and the music makes for one of the more intriguing soundtracks of 1998. (by Stephen Thomas Erlewine)

Burkhard von Dallwitz (born 1959) is a German-born composer based in Melbourne, Australia. He was born near Frankfurt and began ten years of classical piano training at the age of eight. By thirteen he was writing songs and music, and from fifteen, Burkhard wrote, arranged and performed for various musical groups.

In 1979 Burkhard fulfilled his dream of travelling to Australia. There he studied music at Melbourne’s Latrobe University. He majored with Honours in Composition, and studied Advanced Composition under the tutelage of Professor Keith Humble. Since 1984, Burkhard has worked as a composer for feature films, television and commercials.

In 1996 he released his first CD recording of original instrumental works called Worlds Apart.
He won two Screen Music Awards from the Australian Guild of Screen Composers (1993 & 1996), and was also nominated in 1998 & 2000.

In 1999, Burkhard and Philip Glass were awarded the Golden Globe for Best Original Score in a Motion Picture for The Truman Show. The score also won The Chicago Film Critics’ Award and the ASCAP Film and Television Award, and the soundtrack reached number two on the Billboard chart.

In 2001 he won the APRA award for Best Television Theme for the Sydney Olympics in 2000. The world renowned 385 voice Mormon Tabernacle Choir performed and recorded his 2002 theme for the Salt Lake Winter Olympics. In 2004 he won the APRA-AGSC (Australian Guild of Screen Composers) Screen Music Award ‘Best Music for a Television Series’ for CrashBurn. Burkhard has several soundtrack albums out in general release.
Personal life

Burkhard lives in Elsternwick with his wife Rebecca, son Felix and daughter Carlotta. He works on Australian, European and U.S. film and television productions.
Underbelly theme and Olympics theme

Most recently Burkhard has worked on the Nine Network Australia television series Underbelly and the UK.TV mini-series False Witness where he wrote the theme and the original musical score. He also composed the theme for the Seven Network’s coverage of the Beijing 2008 Olympics (in addition to the 2000, 2002, 2004 and 2006 compositions) and more recently the soundtrack for the 2011 movie The Way Back. 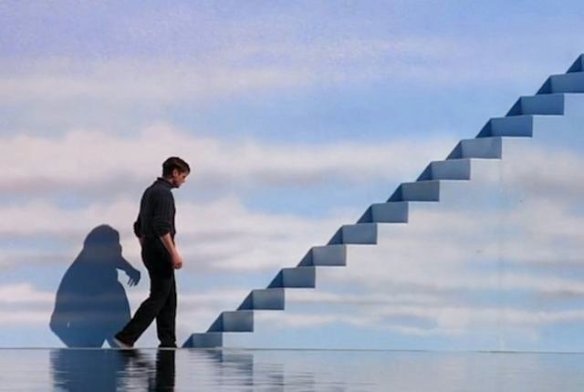 The most important scene in this movie

A funny, tender, and thought-provoking film, The Truman Show is all the more noteworthy for its remarkably prescient vision of runaway celebrity culture and a nation with an insatiable thirst for the private details of ordinary lives.
Jim Carrey gives a remarkable performance as a man learning that his entire life in a storybook coastal village has been the subject of a live, 24-hour-a-day womb-to-tomb television drama.