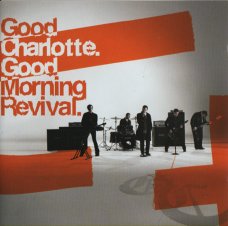 Good Morning Revival is the fourth studio album by American pop punk band Good Charlotte and the follow-up to the 2004 release The Chronicles of Life and Death. It is the first album to feature Dean Butterworth on drums, who joined the band in March 2005 after former drummer Chris Wilson departed in 2005. Billy Martin has mentioned in an interview that Benji Madden came up with the name for the album. This style can be heard in the album’s third single, “Dance Floor Anthem”, which is the most successful song on the album by debuting at No. 2 on the Australian charts and reaching No.25 on the Billboard Hot 100. It is the final album by Good Charlotte to be released through Daylight Records; they subsequently signed a deal with Capitol. (by wikipedia)
It’s not that Good Charlotte is incapable of writing good pop songs, it’s that the band’s music has never had any authenticity to it. The high-gloss pop rock of 2002’s The Young and the Hopeless masqueraded as punk, cynically emphasizing image over music, while 2004’s bloated The Chronicles of Life and Death attempted to show growth musically, and save for the odd pleasant surprise (the oddly contagious “I Just Wanna Live”, for instance), it sputtered, trying far too hard to seem more profound than the band actually is. Whether it’s Joel Madden’s persistently flat singing voice that sounds devoid of any personality, the hackneyed lyrics and song titles, or his band’s constant hopping onto whatever the musical trend is at the moment, Good Charlotte has all the focus of the MySpace and Facebook-addled children the band caters to, appropriating whatever’s in fashion, mangling it all in a soul-killing process of musical mastication and masturbation, and spewing out a product whose triteness is overshadowed only by its complete lack of sincerity. 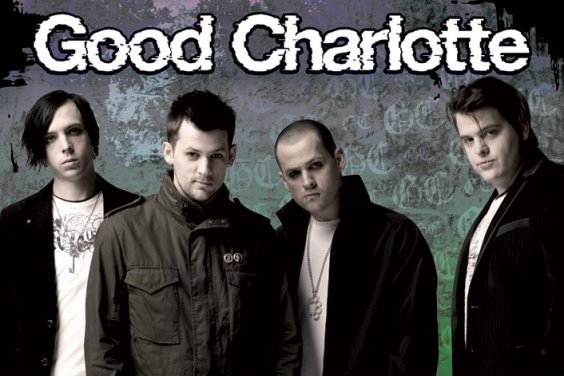 This time around, it’s the kid-friendly angst of Fallout Boy, the post-punk-infused pop of Panic! At the Disco, and the slick flamboyance of the Killers that the band is keen on grabbing a slice of, but unlike past efforts, the scary thing about Good Morning Revival is just how close these boys have come to actually succeeding. The hooks are there, the production, courtesy Linkin Park producer Don Gilmore, is there, the window dressing is all there (dance-inspired beats, soaring emo choruses), but there’s not a second where we believe that Good Charlotte means it, and their complete inability to show any eloquence in their lyrics makes this record ring all the more hollow. If you’re going to sing banal lyrics, you had damn well better sell it like it’s gospel, but Madden simply mails it all in, as if he’s seeing the words for the first time as he sings them.
For three quarters of the album, as mentioned, this is very catchy music. Backed with sequenced beats, blips, and synth chords, “Misery” boasts a borderline gorgeous chorus, but is completely undermined by Madden’s witless diatribe about “plastic people” and how, you guessed it, miserable he is. The pulsating “The River” is watered down thanks to Madden’s imitation of Brandon Flowers imitating Bruce Springsteen, while “Keep Your Hands Off My Girl” boasts a killer falsetto hook, but we can’t tell if the song’s posturing is supposed to be genuine or satire. If there’s one song that comes closest to getting it right on all levels, it’s “Dance Floor Anthem”, which audaciously swipes the Rapture’s tiresome dance-punk gimmickry and leans heavily on Good Charlotte’s goofiest chorus to date (“Everybody put your hands up / Say, I don’t wanna be in love”) to great effect. And buried late in the album, long after we’ve given up hope, lies the oddly charming “Something Else”, a little tune that nicely mimics the ebullient pop of Fountains of Wayne, from the call-and-response vocals to the undulating Moog synth. 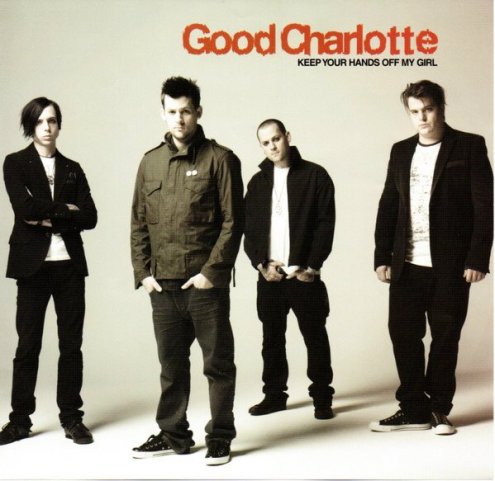 Too often, though, we get dragged down into the depressing morass of Good Charlotte’s faux-profundity. “Where Would We Be Now” shamelessly rips off Coldplay’s piano-driven balladry, “Victims of Love” takes the dance shtick too far, and “March On”‘s attempt at a populist anthem falls flat. Nothing can quite compare to the level of ridiculousness the band stoops to on the unintentionally hilarious “All Black”, a flirtation with goth rock that has us wincing from the bombastic, pseudo-orchestral intro, and guffawing by the time we hear those lyrics: “Take a look at my life, all black / Take a look at my clothes, all black / Like Johnny Cash, all black / Like the Rolling Stones / Wanna paint it black”. Please, Joel, just stop.
Going back to that album five years ago, it’s clear Good Charlotte knows how to come up with a good melody or two, but they either need to make what for them would be a quantum leap in the lyric writing department, or find a singer who can convince us that such schlock is genuine. We can live with the genre-hopping; you have to do what you can to stay in the heads of the kids these days. Just try and sound like you mean it, alright? (Adrien Begrand)
In other words: This is the perfect power-pop-rock Album !