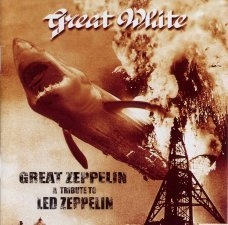 Great Zeppelin: A Tribute to Led Zeppelin is a cover album released by the American hard rock band Great White in 1998, dedicated to songs of Led Zeppelin. It was recorded live in a concert that took place at The Galaxy Theatre of Santa Ana, California, USA, in December 1996.
This collection from Great White is a nice listening alternative for Led Zeppelin fans. (I am one of those fans) It is rumored that when Great White first started out, they cut their teeth on Led Zeppelin songs.

This collection rocks, there are songs performed here that Led Zeppelin very rarely performed live, to the best of my recollection.

Great White performs 14 Zeppelin songs and sticks essentially to the studio versions. No extended jams, just basic rockin Zep. Jack Russell does a great job on vocals, very Robert Plant
like in most cases, on some songs, he is tremendous – In The Light, Ramble On, No Quarter, Going To California, Immigrant Song. The bands’ music is on the mark.

If there wasn’t commentary between songs, play Ramble On, Immigrant Song, Going To California, to Zep fans and see if they can detect the difference, I could not hear a difference from the real thing.

It takes a lot of moxy to perform Stairway, and it is the final song on the album. The songs that I didn’t think hit the mark were D’yer Maker and All My Love. But 12 out of 14 are great recordings. This is the best Zep tribute album I have heard, bar none. Purists may not like this, but this CD is a good addition to your Led Zeppelin collection. There is a Whole Lotta Led here. (by Frank Rocker) 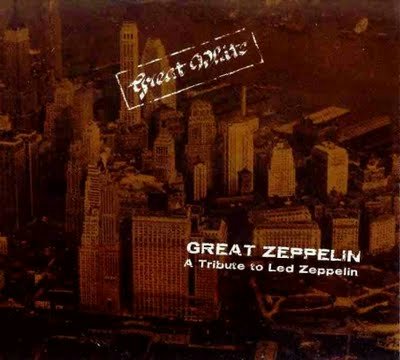 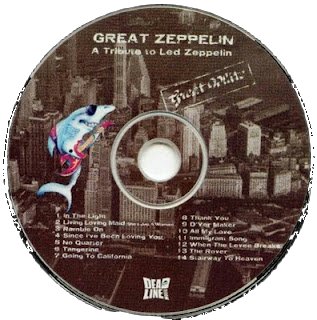