Axel Zwingenberger (born May 7, 1955) is a blues and boogie-woogie pianist, and songwriter. He is considered one of the finest boogie-woogie music masters in the world.

Zwingenberger was born in Hamburg, Germany, and enjoyed eleven years of conventional piano training. In 1973 he listened to recordings of boogie-woogie pianists Albert Ammons, Meade “Lux” Lewis, and Pete Johnson. He soon joined piano playing partners Hans-Georg Moeller, Vince Weber and Martin Pyrker, and word about the four friends began to spread. In 1974, he played at the First International Blues-and-Boogie Woogie Festival of the West German Radio Station in Cologne which was followed by Hans Maitner’s annual festival Stars of Boogie Woogie in Vienna.

In addition to issuing other solo recordings, Zwingenberger continues to tour all over the world. He has also authored several publications about blues/boogie-woogie music and musicians as well as Boogie Woogie: Piano Solo, a book of 12 of his compositions, exactly transcribed.

Being a railfan since early childhood, he is also known for his photographs of steam locomotives, including some taken from within the machinery itself. Zwingenberger established a non-profit foundation within the German Foundation for the Protection of Historical Monuments which donates for the preservation of monuments on rails, including the world’s fastest operational steam locomotive, the German DR 18 201.

In spring 2009, coordinated by young pianist Ben Waters from the UK, Zwingenberger renewed his relationship with Charlie Watts, drummer of The Rolling Stones. Together with bassist Dave Green, they played joint concerts billed as The ABC&D of Boogie Woogie. In June 2012 they released their first joint album The ABC&D of Boogie Woogie – live in Paris and presented it in New York by playing concerts at Lincoln Center and The Iridium Jazz Club. (by wikipedia)

He’s the leading boogie woogie player, worldwide. To record his latest album he went to London where he was joined by two stellar players from the UK. A perfect set of recordings. Comes with a 32page booklet with liner notes in German and English. Great.

The magic of boogie woogie keeps on fascinating the audiences by its youthful freshness since more than 100 years, as well as exciting ever new generations of enthusiastic pianists. But it is more to it than just that: the boogie woogie is one of the most important roots of modern popular music, starting off with rock’n’roll. Charlie Watts, drummer of The Rolling Stones, has mentioned boogie woogie as a foundation of the Stones’ music. 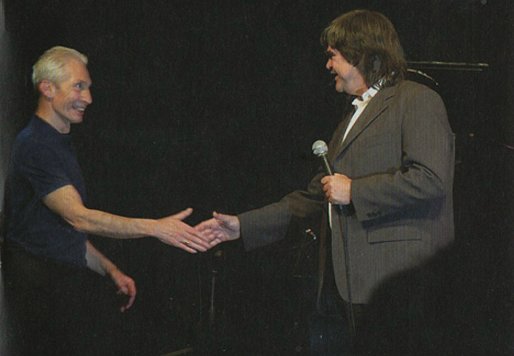 Axel Zwingenberger, together with Charlie Watts at the drums and Dave Green, the stellar double bass player, let shine the swinging magic of blues and boogie woogie in full glory. This is the pure joy of trio playing! Spontaneously created numbers alternate with boogie classics, and for the first time, Charlie’s drums’ artistry is featured in such an intimate setting. 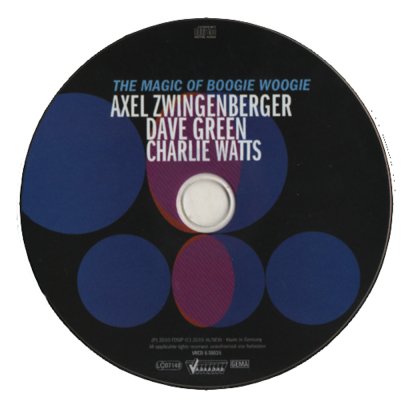 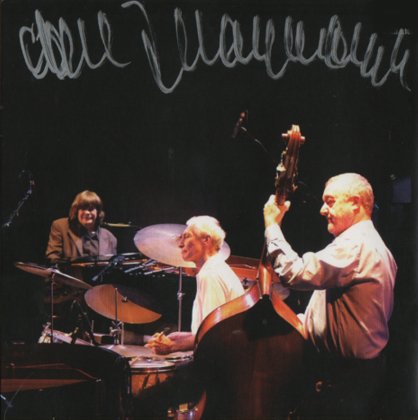